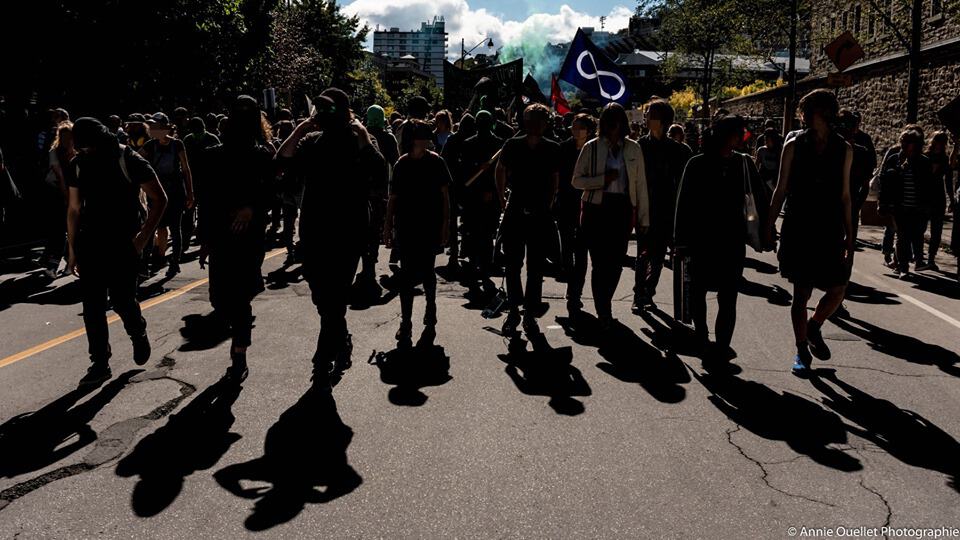 Canada is a major contributor to the climate crisis, playing an active role in displacing people from their homes around the world. Canada hosts over 70% of the world’s mining companies, which sow environmental and economic devastation on a global scale. Canada creates more greenhouse gas emissions than any other G20 country, contributing to the creation of climate refugees. And within its borders, the federal government continues to push through pipeline project after pipeline project, despite sustained resistance by Indigenous communities.

As the climate crisis continues to escalate, pushed along by the extractive forces of capitalism and colonialism, this has led to an acceleration of the global migration crisis. In response, we see Canada further fortifying its borders in an attempt to prevent those it has displaced from seeking refuge.

This buildup of border infrastructure is not limited to the border itself. Over the past two decades, migrant detention has been one of the fastest growing forms of incarceration in Canada. The Canada Border Services Agency (CBSA) has three prisons just for migrants and rents space to detain migrants in jails across the country. In 2016, the government invested an additional $138 million to strengthen and expand this system, leading to the construction of two new migrant prisons (one in Laval, QC) as well as new systems of surveilance and control such as mandatory ankle bracelets and voice biometric scans for migrants.

As Canada responds to climate change by fortressing its borders, those championing the white supremacist politics behind this decision will continue to become more mainstream. In Quebec, we’ve already seen the mainstreaming of anti-islam groups like La Meute, the success of the CAQ’s anti-immigrant election campaign, as well as the violent consequences of its Law 21. As the charade that is the federal election begins, we have already seen a further mainstreaming of white nationalism, as politicians sow fear and hatred of migrants crossing into Quebec at Roxham Road.

Borders and prisons are colonial impositions on these territories, systems fundamentally about domination and control. As Canada continues to invest billions into extraction, those feeling the brunt of the crisis here continue to be Indigenous peoples. Whether its pipelines forcibly installed across Indigenous territories, mining or logging companies operating in Indigenous territories without consent, or the envrionmental devastation caused by refineries built right next to reserves, Indigenous communities are consitently on the frontlines, experiencing the harmful effects of extractivism, as well as leading the resistance to it.

It is for these reasons and more that Stantec and the Guy-Favreau Complex were targeted by people participating in the climate march. The buildings were hit with green paintbombs and spraypainted with “Bienvenue aux migrants” (Welcome migrants). In the Guy-Favreau Complex, the Immigration and Refugee Board of Canada holds detention review hearings daily, often resulting in the prolongation of a migrant’s imprisonment. Stantec is an engineering consulting firm involved in the construction of the new migrant prison in Laval.

This new prison is part of Canada’s false solution to the threat posed by climate change, an attempt to further intensify its border infrastructure, to keep out those it continues to displace. The real threats to the earth and the people who live on it are capitalism, the destruction of the environment, and the politicians who, without fail, will continue to defend these systems while scapegoating those displaced by them.

We believe it is necessary to push far beyond making requests of politicians, and toward directly challenging the role Canada is playing in the global crisis. We hope that the climate struggle can broaden its tactics, deepen its analysis, and continue to build links with ongoing struggles against white supremacy, settler colonialism, and border imperialism.