Vincent Cyr, resident of Rue Sainte-Anne in Varennes is a dangerous neo-Nazi and member of the organization Atalante Quebec. Vincent sometimes boxes in Parc de la Commune with his Nazi friends. He regularly participates in Atalante’s activities in Montreal.

On the night of Monday, December 11, 2019, 1000 flyers were distributed on his street, in his neighborhood, at bus shelters and in front of key locations in the town. Because people like him hide and the population needs to know.

Hunt Nazis, wherever they are! 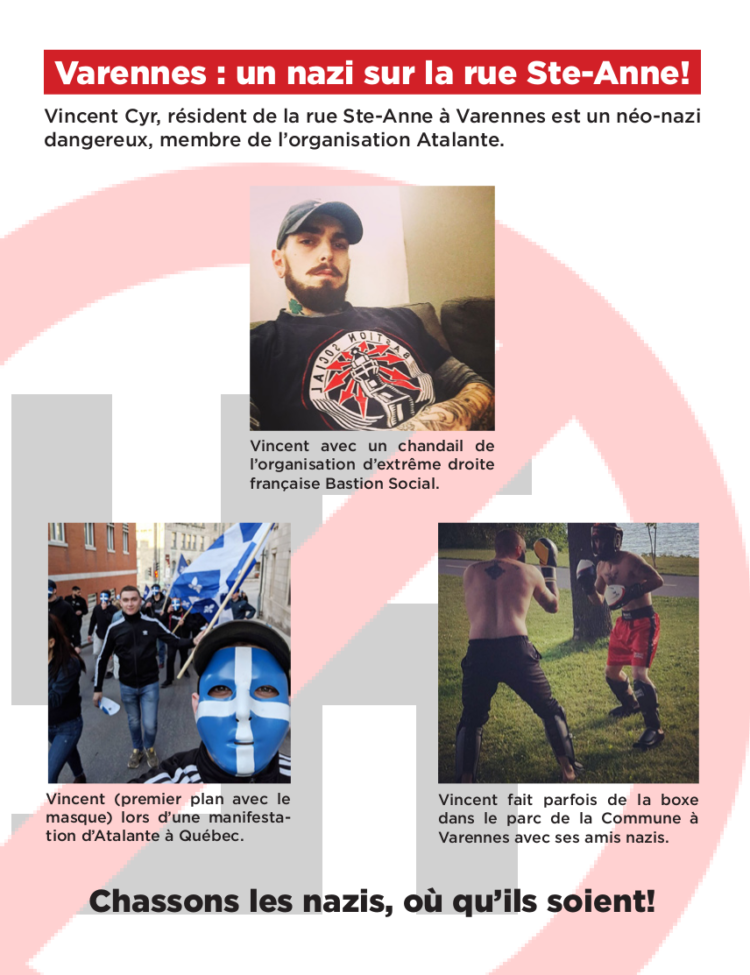