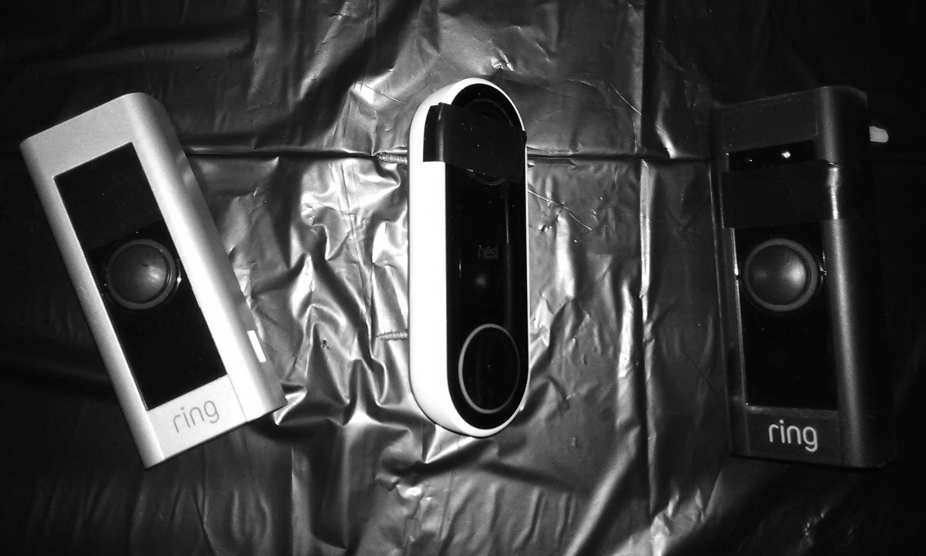 Recently, we went on a nighttime stroll and removed some Google Nest and Amazon Ring doorbell surveillance cameras from a couple residential streets.

These products, which one can easily spot at night by their blue or green ring of light, are popping up more and more in Montreal and elsewhere. The cameras can store recorded video on the cloud for up to 60 days.

It’s been well documented that Amazon is using Ring to build a private surveillance network, fully integrated with police departments, under the guise of combating package theft.

On a positive note, these doorbell cameras make it easy to fight back against the giants of techno-capitalism right in our neighborhoods. They are easily removed with a small crowbar. It’s suggested to have a buddy with you and/or wear electrical insulating gloves as a precaution against the risk of shock from live wires. And be aware that the battery-powered camera may continue recording and transmitting even after being torn from the wall, while it’s still in range of its home wifi network; the user may also receive a notification on their phone.