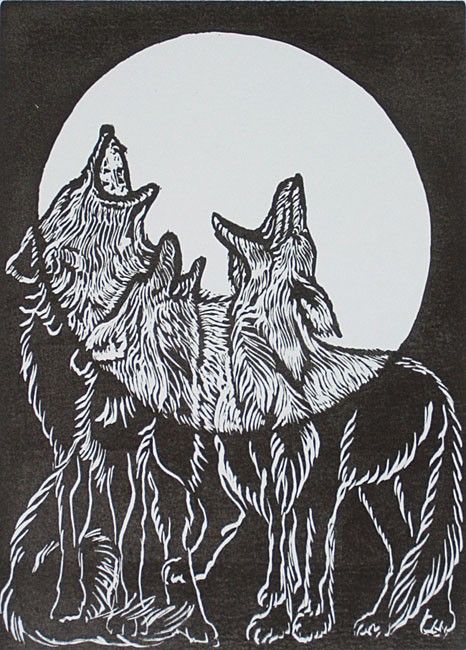 This was originally written as a reflection after visiting friends while they were imprisoned in Mexico City. They have now been released, but the discussions we had concerning dignity and responses to repression are still relevant. I hope that this can contribute to ongoing discussions within Montreal and elsewhere about how and when anarchists interact with repression, and maintenance of dignity.

The Economy of Power

“When faced with such an abhorrent world, either here or outside, the only thing that you have is your dignity. When you’ve sold it, regardless of whether you got a good price for it, you’ve sold it—your dignity. Inside yourself, you’re already dead.”

I’m hanging out with my friends in the courtyard of Santa Martha, one of the prisons in Mexico City, DF (Federal District). We’re drinking sweet milky coffees and working on our tans/sunburns, surrounded by mommas cuddling their kids, picnics, and couples fucking. My friends are here facing charges related to an attack that occurred on a Nissan dealership in DF, in early january 2014. It’s possible they could be here for a while, but instead of dwelling on that, we’re shooting the shit and talking about everything from crushes, gossip back home, and obviously, anarchy.

One conversation that comes up the most frequently has been about dignity, and what it means to preserve it in different contexts.  We talk about how any insubordination inside prison, even resisting a strip search, can mean beatings and being moved to solitary confinement. Any resistance can  result in a prisoner’s  ‘privileges’, such as visit from friends and family, being taken away from them. An accumulation of this ‘bad behaviour’ can result in a lifetime of imprisonment. Everyday, our friends who are locked up here make the choice as to whether to act seemingly obediently, or to refuse co-operation—which risks their physical and emotional health. As in life outside, some decisions are made prioritizing dignity, and others, comfort.

It’s through these conversations that I realize that, though dignity is a word that we pretend we have a generalized understanding of, everyone has a different and specific definition for what it means.  To me, dignity is the process of being accountable to an internal sense of self-worth. As an anarchist, it is knowing that I am deserving of autonomy and freedom; and it is the steps that I take to ensure this truth.

Using this definition, any time I let another body define my self-worth; any time I don’t have complete authority over how I spend my days, I lose an amount of my dignity. But it isn’t as simple as that—dignity isn’t only lost, it’s traded. It is the currency of power, and is traded back and forth for varying degrees of comfort and relative freedom.

I keep thinking about the dignity I traded to get here. About the three rounds of bag searches and body searches to get into Santa Martha. I’m thinking about how I’ve been exploiting my privilege and exchanging my dignity for an easy border crossing. Even before arriving, I was trading my agency over my how I spent my days for the money to buy the flight here. I’m thinking about how, every fucking day I’m alive, I exchange some amount of freedom, of sovereignty, of dignity for “comfort”. Every time I don’t hop the metro turnstiles, in every instance I pay for food, every moment I participate in capitalism and facilitate society, I am exchanging my dignity for ease and comfort.

Dignity is traded in an economy of power. This is most apparent in prison, where the outside social power structures are an amplified version inside the walls.  For example, in canadian prisons, the material items which help preserve an internal sense of humanity (coffee, toothpaste, postage stamps, etc.) are bought through the canteen. Money buys better lawyers, and with them comes a greater chance that the state will address the abuses faced by their clients at the hands of the prison, and thus “grant” the dignity of better treatment. Even a plea to the state authorities is a participation in the economy of dignity, and in reinforces their monopoly on dignity in prison. This exchange of money for dignity operates on the same economic level as the rest of canadian society.

This economy of power only became clear to me after visiting my friends in mexican prison because the mexican prison system is less bureaucratized. Although there is a formal economy inside (within the prison’s ‘tienda’–equivalent to a canteen), there is also a more evident informal economic system (people create their own markets and jobs), as well as a more informal economy of dignity/power: bribes. If you want to hold onto a scrap of dignity by not being patted down intensely, just slip the guards a 200 peso note. Want to bring in some letters from home? Slide a 20 across the table… Within this economy of power, what does it mean to maintain dignity? What would it mean to prevent it from becoming currency in circulation? And how many times a day do we trade it for relative comfort?

According to anarchist tendencies, here are some of the ways in which dignity is maintained:

It is telling that the moments where we think about and discuss dignity are when it is about to be stolen—in the times that the state has responded to our actions with increased repression. Dignity exists outside of these moments, and it is important to think about how we can maintain it in the everyday. It should go without saying that depending on how each individual defines their own freedom and sovereignty, this process of dignity reclamation in daily life will take different corresponding forms.

I wonder what it would look like if there was a culture here of anarchists defending their dignity, especially within the judicial process. The only time I have seen strong and consistent resistance to the canadian court system has been from individuals from several native communities, who refuse to recognize the legitimacy of the courts. Other times, when I have seen non-native anarchists or anti-authoritarians try to maintain their dignity in the face of the courts , these acts have been dismissed as being “not worth it”. A small gesture, like refusing to rise when the judge enters a courtroom, is considered “too costly”. It is generally understood that the discomfort of the cost—anything from a dirty look from a court cop to being charged with contempt of court—simply isn’t worth the assertion of dignity. Through the reinforcement of this understanding, we have set the price of our dignity—and it’s pretty low. What would it look like if we, who saw our hearts reflected in those who maintained their dignity during their court process, were to act in solidarity with them? What would it take to create a culture that supported these types of actions, instead of looking upon them as insignificant, or ‘not worth it’?

While I want to see and practice more examples of dignity being maintained, I don’t want to participate in the creation of informal standards or silent expectations for how an anarchist should act with dignity, regardless of how that individual defines it. This expectation is at risk of being enforced by spokespeople, and is eerily reminiscent of the creation of idols, martyrs, and heroes. In the past, I’ve witnessed situations where an anarchist is imprisoned or undergoing a court process, and they become the “face of anarchism”, and as such, are held to certain responsibilities and codes of conduct. This type of treatment pretends that the judicial and penal system are somehow separate from this society. The fundamental values and character of an individual doesn’t change simply because they enter a courtroom—their actions both in and outside of the judicial process will be mirrored. If we, as anarchists, try to hold those who are locked up to an informal set of behavioural expectations, we reproduce the dictatorship of the morality of our society.

No one has the responsibility to either represent or inspire me, though I do feel affinity with and find inspiration from people who go on hunger strike, or refuse to sign conditions, or who keep their mouths shut in the face of intense repression. I’m inspired and excited because I know that they are acting these ways to maintain their dignity, I feel solidarity and complicity with people for whom maintaining their dignity is the only fucking available option. It isn’t about ‘showing the state that you can maintain your dignity’. It isn’t about ‘proving’ anything to the state and  security apparatuses. It is about finding dignity in an internal authenticity.