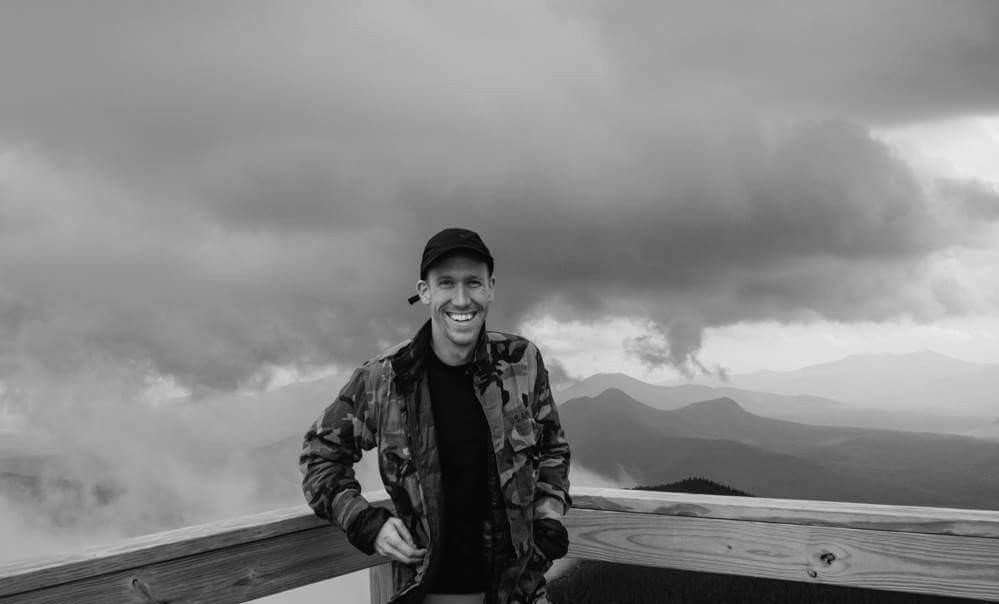 David Campbell is an antifascist comrade who has been imprisoned for events that unfolded at the protest of a New York City far right event on January 20, 2018.

The event, “A Night For Freedom,” was organized by the misogynist and racist activist Mike Cernovich with the participation of Proud Boys founder Gavin McInnes and the white nationalist Canadian podcaster Stefan Molyneux. It was part of an ongoing process of consolidating an “alt lite” political scene: i.e. racist, misogynist, and full of conspiracy theories and race and gender pseudoscience, but not actually neo-Nazi.

At the protest, a brawl broke out in which a 56-year-old intoxicated alt-right man was knocked unconscious. During the brawl, a police officer, unannounced, threw David to the ground breaking his leg in two places. With no other arrests made on either side, the officer alleged that David had stalked, punched, and strangled the alt-right party attendee, and then tried to strangle the officer himself. These fabrications went on to be circulated by right-wing media which were quick to smear David as an “antifa thug.”

The initial charges were dropped after surveillance footage failed to back up any of the above allegations. However they were replaced with a more vague and heavy-handed charge of Gang Assault. Gang Assault makes any group of three or more people involved in a fight legally responsible for each other’s actions, and carries a steep mandatory minimum of 3.5 years.

After almost two years of legal maneuvering, David took a non-cooperating plea for a sentence of 18 months in a local facility in order to avoid a trial and a much longer sentence in a facility far away from his friends and family. During this period, the Manhattan DA inexplicably offered much more lenient plea deals involving only community service to a number of far rightists arrested and charged in a separate but very similar case about ten months after David. No justification for these disparate outcomes has been given by the Manhattan DA. The arresting officer in David’s case has not been held responsible for breaking David’s leg and lying about David’s actions.

A lover of language and the arts, David was two weeks away from moving to Paris to study French translation the night of his arrest. It was his commitment to antifascism and his community that brought him out to the protest that night.

As he has put it in his own words:

“I’m an antifascist, and I’m going to jail for it. It’s a long, complicated story. In a nutshell, I was arrested at a protest against the alt-right in NYC last year. A brawl broke out, and I got caught up in it. A cop tackled me from behind, broke my leg, and lied about it. Tabloids smeared me as a thug and the DA charged me with gang assault, a vague and draconian law. […]

“It’s doubtful that any amount of public pressure can get me out of jail, but no matter what happens to me, the precedent for responding to this sort of repression needs to be set. Trump is stacking the courts, both high and low, with unqualified right-wing judges. Legislation proposing penalties in excess of 10 years in prison for those deemed antifascists, often simply defined as protesting while wearing a mask, is being regularly advanced in both state and federal legislatures. If this is what they do to me, a nerdy, normal-ish young everyday antifascist in 2019, then you can be sure that much, much worse is coming, and possibly for you—unless you make it clear now that this is unacceptable behavior from any government agency in an ostensibly free and fair society. Call bullshit on this. Even if you don’t like me, agree with me, or approve of my tactics, call bullshit on this case, for all our sakes.”

David will serve 12 months of an 18-month sentence at Rikers jail. One thing people can do to help him is to write him a letter; David reads and writes English and French, and has specifically said that he would love to receive articles in French (these cannot be cut out of a magazine or newspaper, but can be printed from the internet). Check out his support website https://freedavidcampbell.com for a guide on writing to David or other prisoners, and for more about David and his interests and thoughts.