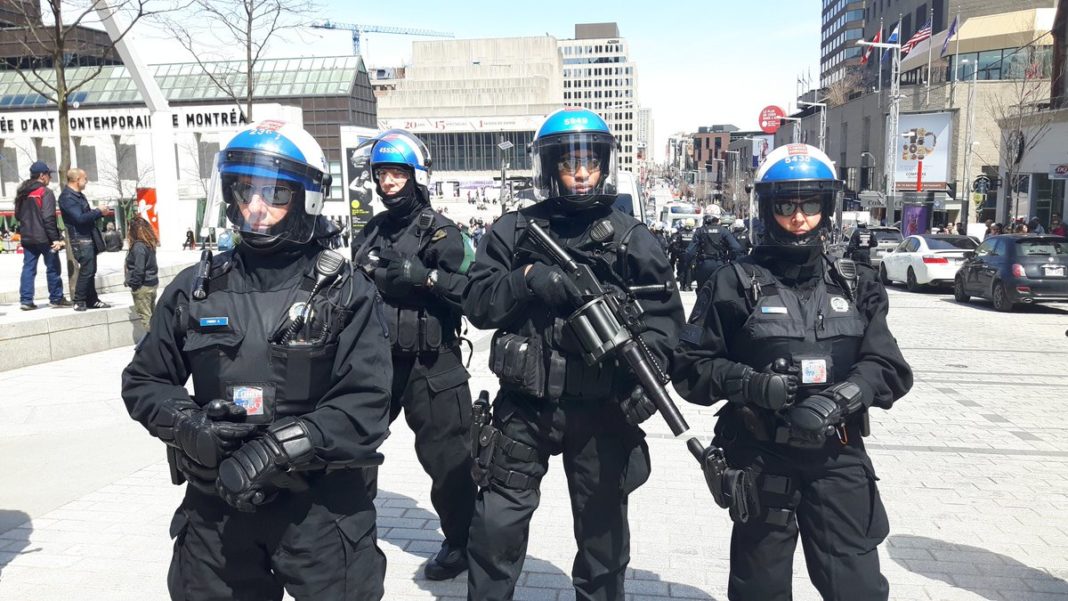 Today the far right in Montreal was able to take the streets, with the supposed aim to protest against the Liberal government. They left out their affiliations out of their call-out, and successfully attracted a sizeable crowd, who were none the wiser about the politics of the organizers.

They also left their flags and insignias home, and favored Quebec flags, and in a bizarre instance, one person flew the indigenous unity flag, popularly known as the “warrior flag” Taking inspiration from recent events in the US, the proto-fascist elements within the the protests were ready to fight.

Some wore masks, body armor, and helmets and even brandished sticks. Their security marshals wore armbands, and they had scouts through the perimeter of the protest. Anarchist and anti-fascists were blocked by a large presence of riot cops, and comrades were not able to get close enough to the protesters. The police protected the protesters as they freely marched through downtown.