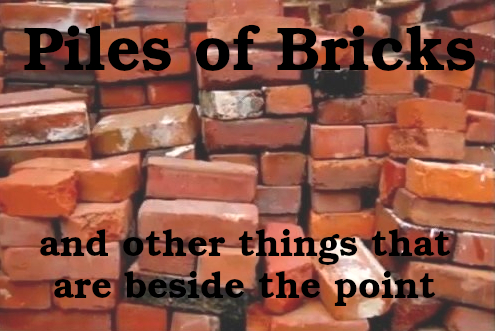 (There is also a PDF of this text available for printing)

We’ve seen a lot of people on social media spreading rumours and sharing conspiracy theories about the uprising currently going on South of the border. These might be rumours about potential white supremacist attacks and interventions or conspiracies about police agents being responsible for violence carried out by protestors. This kind of online behaviour is harmful and undermines the movements you’re probably trying to support, and we thought we’d take a minute to break down why we should collectively push back against this trend.

1) Riots, that includes activities such as throwing bricks and other things that could be classified as violent, are and have been historically part of inciting social change. For better or for worse, there is a long history of rioting in America (and elsewhere), some of the more popular U.S. examples include the Watts Riots, the Compton’s Cafeteria Riot and then Stonewall, the Rodney King Riots, and more recently events like the Ferguson Uprising. Riots happen for a lot of different reasons and under a variety of circumstances, but it is usually (at least in part) the result of nothing else working, of being ignored, unheard, and push to a breaking point. Sometimes they’re both unavoidable and necessary, and have an important role to play in struggle.

2) Rioting, brick throwing, and other violence does not and should not de-legitimize a movement. Often such events are the only thing that make those who are less impacted pay attention – police kill black people and others, all of the time and it doesn’t get the attention in deserves. Police in America have killed several black people since the COVID crisis broke out, for example Breonna Taylor amongst others, and business as usual continued. So many people are paying attention right now because of how people have responded to the death of George Floyd and how that response has spread. The fact that people are now paying attention is proof of the efficacy of these tactics.

3) Related to the first two points, violent protest can actually help and work in tandem with non-violent protest rather than detract from it. Many of the most common examples of pacifist resistance and its successes weren’t accomplished alone and in a vacuum. Rather, non-violent movements were taking place alongside other more militant movements working towards similar goals but pursuing different strategies and tactics. For example, you can’t look at the Civil Rights Movements in the U.S. and figures like Martin Luther King, without also considering the Black Panthers and other armed groups. It is common that the existence of more militant groups/events create a context in which those in power are forced to engage with other groups that appear more moderate in comparison. This isn’t necessarily desirable and cooptation is real, but this is part of understanding struggle and how society changes over time.

4) Many conspiracy theories are focused on bricks being left near protest sites, as if that is the only thing causing violence. But people having been using a range of tactics since the beginning, including many a lot more violent than throwing bricks. People have guns and are shooting police, people are committing arson and burning buildings to the ground, along with doing vandalism, looting, and more. And violence is certainly not only coming from anti-racist protestors, on the contrary the vast majority of violence is coming from elsewhere. White supremacy prevails – racist cops kill with impunity, white supremacists hold political office, and millions of black folks are locked behind bars, to say nothing about the intense socio-economic inequality. In the face of this reality, any way that those under attack decide to respond is both fair and legitimate, and it’s important to support rather than critique it.

5) The argument that violent and/or confrontational protest brings down state violence and repression is problematic on several fronts. First and foremost, it is simply untrue. There are many different factors that go into what the state’s response to protest will look like, and this isn’t just tied to whether it is peaceful or not. It also include things like the identities/social locations of those involved, perceived level of threat to the status quo, potential to spread etc. There are lots of examples of the state responding violently to completely peaceful protests and this is not something within the control of those fighting back. The ability of the state to use violence is a political reality – this movement has had broad support, and that has done more to restrain the police than the tactics chosen by demonstrators. Supporting people on the streets, rather than delegitimizing resistance does more to keep people safe.

6) Furthermore, the argument that conflictual demonstrations bring down state violence shifts the blame from those responsible and who should be accountable (i.e. those acting to violently suppress a movement) to those, who in this case, are fighting for survival in the face of intense, every day structural violence. To put it differently, if a woman was in a physically abusive relationship, decided one day to fight back, and was severely beaten or killed by her partner, the issue here and where the blame should fall would not be on the women, but the partner. The same applies here, the issue and where blame should be placed is on the state and white supremacy, and not those defending themselves.

7) Agent provocateurs, undercovers, and other state agents, absolutely exist, but that is beside the point. Emphasizing this fact shifts focus from other more important things, and creates several different issues. It helps to prop up and promote conspiracy theories that strip away black peoples’ agency, erases their experiences and actions, and gives way too much space and credit to police. Sure, state agents might agitate violence and maybe leave out and/or pick up some projectiles, cops do sketchy shit and try to entrap people all the time. That doesn’t really matter though, because the huge majority of people throwing bricks and engaging in other confrontational activities aren’t police. Police don’t start riots and they certainly don’t maintain/continue them, people do and for good reasons.

8) Building on the above point, not only is it untrue to attribute such activities exclusively to state agents, but it also damaging and potentially dangerous. It can make people think that only cops would do confrontational or violent things, so those who do that for their own reasons come to be seen as doing the work of the state or as harming the cause. This helps to perpetuate the good protestor vs. bad protestor narrative in which some people’s activities are viewed as inherently legitimate and other’s activities as inherently illegitimate. Instead of allowing space for a diversity of tactics and approaches, and creating opportunities for coalition building, solidaristic actions, and complimentary work, it sows seeds of distrust, creates divisions, and facilitates conflict. This is what the state wants, and is one of the central strategies (COINTELPRO is just one well-known example) through which it tries to disrupt, discredit, and otherwise hinder resistance. The state doesn’t want people rioting, it wants people infighting.

9) Beyond being damaging, attributing violence exclusively to state functionaries is actually dangerous and jeopardizes people’s safety in at least two different ways. In the first case, it can create a situation in which protestors attack other protestors on the basis that they think/assume (wrongly) that others are either police or working for police. So, if the rumour spreads and gains traction that police are instigating violence and throwing bricks, those who are not police and not working for police but choose to do such things, can be targeted and attacked in the heat of the moment by a crowd who thinks they’re cops. Bad-jacketing/snitch-jacketing without confirmation/concrete proof can get people seriously hurt.

10) In the second case, if it is believed that anyone who engages in certain activities (whether or not they’re state agents) is detracting from or harming a movement, overzealous folks may take on the role of trying to manage (i.e. like a work manager) a protest or even police other protestors. In such instances, “peace police” may actively try to stop somebody’s actions (usually through physical restraint) or in the worst cases, try to do a “citizen’s arrest” of a fellow protestor and turn them into the police (where they will likely face violence). A particular awful video was recently circulating in which a protestor was breaking up pieces of concrete from the road presumably to throw, when another group of protestors surrounded them, tackled them to the ground, and dragged them over to a line of riot cops.

11) Fighting for change is messy, complicated, contradictory, and yes, sometimes violent. This is true throughout the history of social movements and remains true today. Violence can be empowering, it can engender change, and sometimes people have no other choice – sometimes the world needs to burn so that something new can be built in its place, and it is so important to respect the autonomy of black people resisting. Struggle takes all kinds, looks many different ways, and entails a huge diversity of activities. Right now, instead of speculating or spreading rumours, we should be focusing on how can we engage with, take risks for, and support what is happening, in real, material ways and not just on social media (which causes much more harm than good).