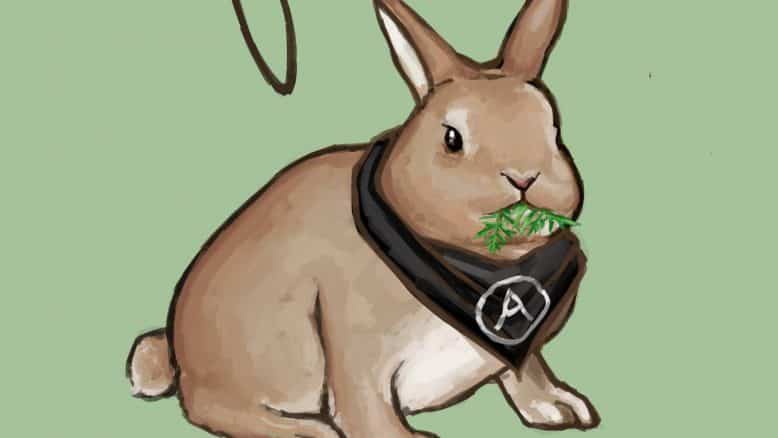 Statement by The Tower

It’s been a very intense and revealing week since Hamilton Pride. We helped our friends heal, debriefed our strategies, and circulated as much information about the people who attacked us as we could. The videos and statements have gone viral, the outrage is visceral. Homophobic white nationalists attacked Pride, they were confronted by a huge group of queers, the police did nothing and then took credit for stopping the attack, the mayor backed the police despite hundreds of witnesses, and the homophobes walk free. While the helmet-wielding maniac who smashed our faces continued his crusade in Toronto, posing for celebrity pictures with a new helmet and brutally attacking at least one more person (you can watch the video here: http://anti-racistcanada.blogspot.com/2019/06/violence-after-pegida-march-northern.html), the police were busy banging on the doors of known queer anarchists in Hamilton, lurking in backyards, and shaking down our entire community.

On Saturday they arrested Cedar Hopperton for allegedly violating their parole conditions, and later issued a press release that accused them of attending the Pride events and confronting the bigots. This only magnified the outrage, and over a hundred people came together that night outside of the police station to demand Cedar’s release. Others participated in a phone zap that flooded the police station with hundreds of calls demanding they let them go. Social media has exploded with condemnations of the arrest, and people of all political stripes seem to agree on one basic fact: criminalizing people who defended Pride from vicious right-wing attacks is fundamentally wrong.

But here’s the thing: Cedar Hopperton was not at Hamilton Pride. They weren’t masked up, they weren’t there holding a sign, and they weren’t involved in any confrontation. They weren’t there at all. They weren’t anywhere close to Gage Park that day. Instead they stayed home and offered support to those who left the park bloodied, battered, and shaken. As the papers reported, they did come out with supportive statements of those defending pride during an LGBTQ advisory committee meeting in the days after. Standing at a pedestal in city hall, Cedar argued that police are not and should never be part of the queer community, and applauded those at pride who stood up for themselves in the face of violence. Cedar’s arrest is a clear and calculated retaliation for these statements, and an attempt to muddy the waters by equating what happened at Pride with what happened on Locke Street last year.

Because of the way the legal system and the media work, their revenge has already done it’s damage. National news covered the fact that Cedar Hopperton was arrested for their involvement in a confrontation at Pride Hamilton. Even some of Cedar’s supporters carried the narrative (understandably), explaining that “Cedar was only there defending queer people”. The police fabricated a story, and within 24 hours it had become a national truth.

Despite the fact that they weren’t at Pride, Cedar could spend weeks in jail just waiting for a parole hearing in order to make their case. In order to speed this process and apply pressure on the Hamilton Police, Cedar has begun a hunger strike. We don’t have any other details as of now, but we know that since being arrested on Saturday morning Cedar hasn’t eaten anything. We need people to mobilize around this, to help spread the word, and to make sure Cedar’s case doesn’t get lost in the weekly news cycle.

To be clear, this isn’t about Cedar’s “innocence” per se. We know the word “criminal” is only used to devalue someone’s actions or humanity, and we don’t believe that breaking a law makes someone either good or bad. We are putting this statement out because we feel that it is important to state publicly: the claim that Cedar was involved in the events that took place at Hamilton Pride is categorically untrue and unfounded. At the same time, that doesn’t mean that other queers that may be arrested should be supported on the basis of innocence. What folks did that day at Pride was self-defence and they do not deserve to be arrested. We need to be upset at the police for falsely accusing Cedar AND for targeting those of who were there and tried to protect our community.

The police have said it repeatedly to the media, they aren’t finished. They’re almost certainly going to arrest other people who were involved in defending Pride, with or without evidence. Like Cedar, we too will feel the sting of arrest, the trauma of strip searches, the horrors of jail, and the humiliation of a bail hearing. The police will continue to do everything they can to get us fired from our jobs, to terrify our families, and jeopardize our housing. At no point will any of the cops involved be held accountable. That is what the police do. Often they exercise this kind of routine violence without even being seen, but this time all eyes are on them. Queers across the country are watching Hamilton right now to see how this unfolds. Hamiltonians are fuming mad about the naked injustice of this situation. People aren’t as easily tricked or distracted as the police would like us to be.

The most threatening thing to the police are communities that feel empowered to use force to defend themselves because it undermines the thing they hold most dear – their unquestioned authority. The arrests and intimidation being used by them now are punishment for us standing up for ourselves.

This is far from being over. Please stay diligent. Please keep holding the police accountable and watch for updates about others who may be arrested. The amazing feeling of being in this together has been the most validating and important thing to us. And Cedar must have felt amazing hearing the fireworks being set off yesterday outside the jail. Thank you, thank you, thank you for your solidarity.