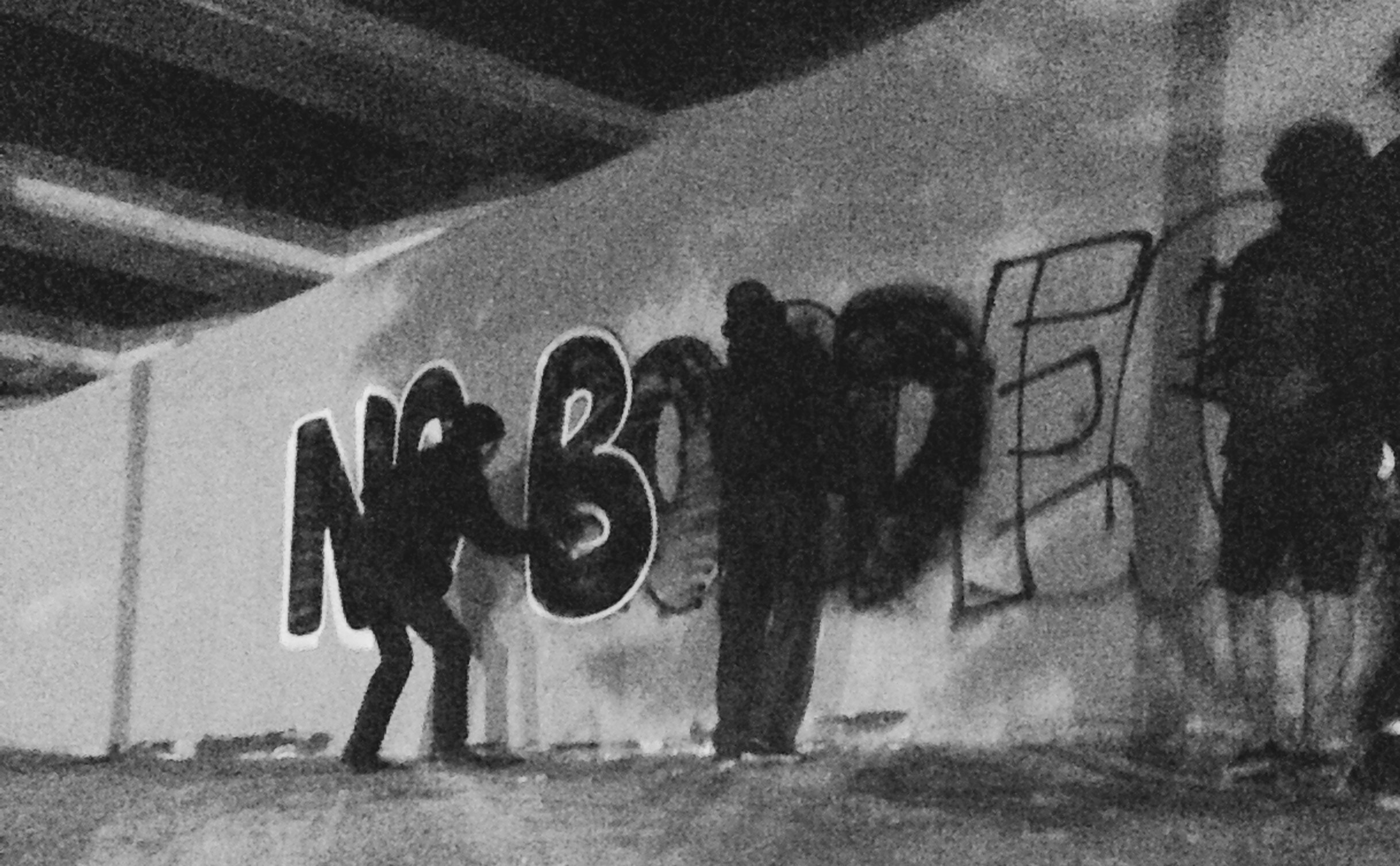 This past weekend, a group of Montreal anti-racist organizers and graf writers collaborated in an effort to remind people living in Montreal and throughout Québec that no one is illegal: there is no such thing as illegal migration. The piece went up underneath the rue Sherbrooke overpass between the Stade Olympic and Parc Maisonneuve.

Montréal is on unceded Kanien’kehà:ka territory that has also long served as a gathering place for many First Nations. The Canadian nation-state was founded and continues to rely on the ongoing dispossession and displacement of Indigenous peoples from their territories, cultures, and languages. Borders are an illegitimate, state-imposed apparatus that serve to divide and displace people and communities and then make such divisions appear natural.

Borders promote settler nationalism, reinforce state power and control, and protect the economic and political interests of the capitalist elite. There can be no rightful Canadians within geographic borders established through theft and genocide. 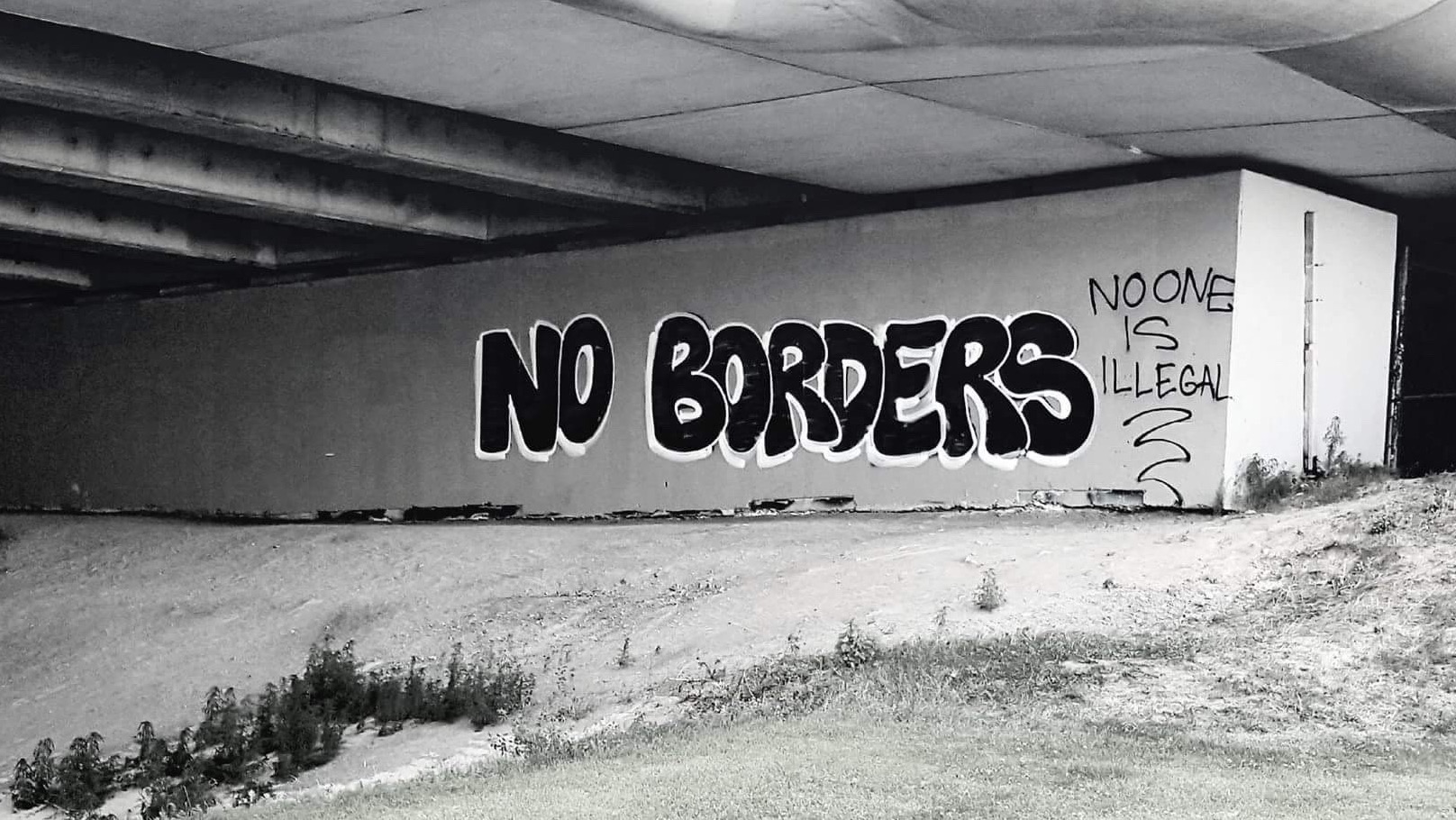