The police are in our way. They are in the way of the demo continuing: to the next block, the bank windows downtown, the police station and government offices. They are also blocking our way towards something else: towards a world without bosses, cops, and prisons, as the good old slogan says. But before being in our way, they are first and above all… the police, an institution based on colonization, racism, and the state’s monopoly on violence. We will have no other choice but to confront them as an adversary in each of our struggles.

While demonstrations are not the only moments when we face the cops, they represent an unavoidable context. In demos, the police put everything at their disposal to spread fear among the opponents of power, to control our actions, to injure us and arrest us. In short, they deploy their forces with the goal of dissuading us from pursuing the struggle and changing anything in a real way.

We need to give ourselves the collective ability to defend ourselves. For us, a few Montreal anarchists, we think it’s a matter of spreading knowledge and practices of confrontation and care, while making an effort for groups and individuals who participate differently in the demonstration to work together. Basing ourselves on some recent demos in Montreal, let’s sketch out how different tactics can be used in a coherent way against the cops. There’s space for everyone! 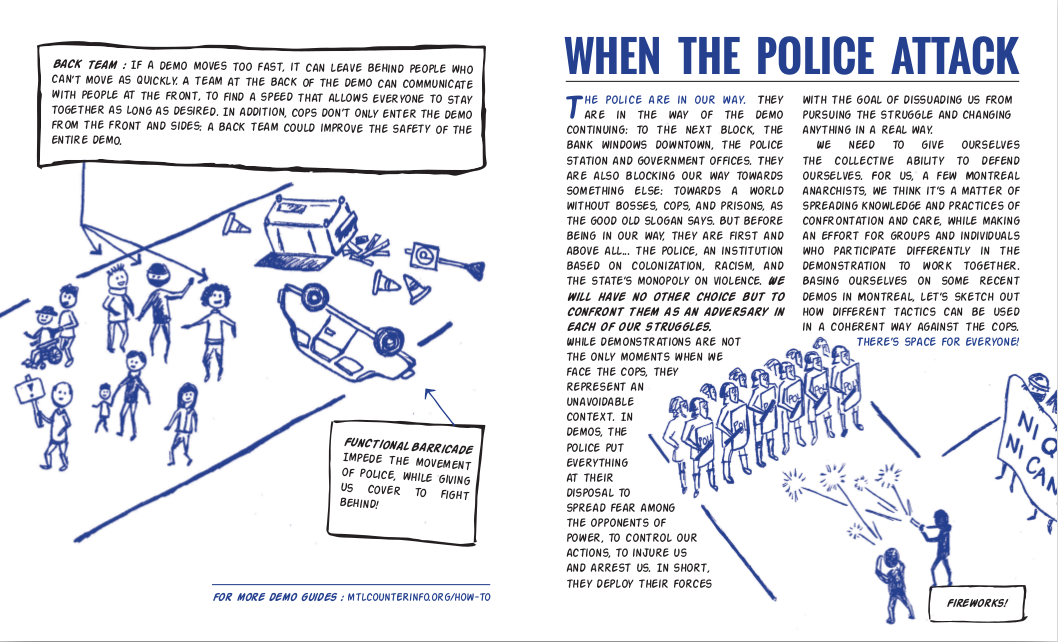 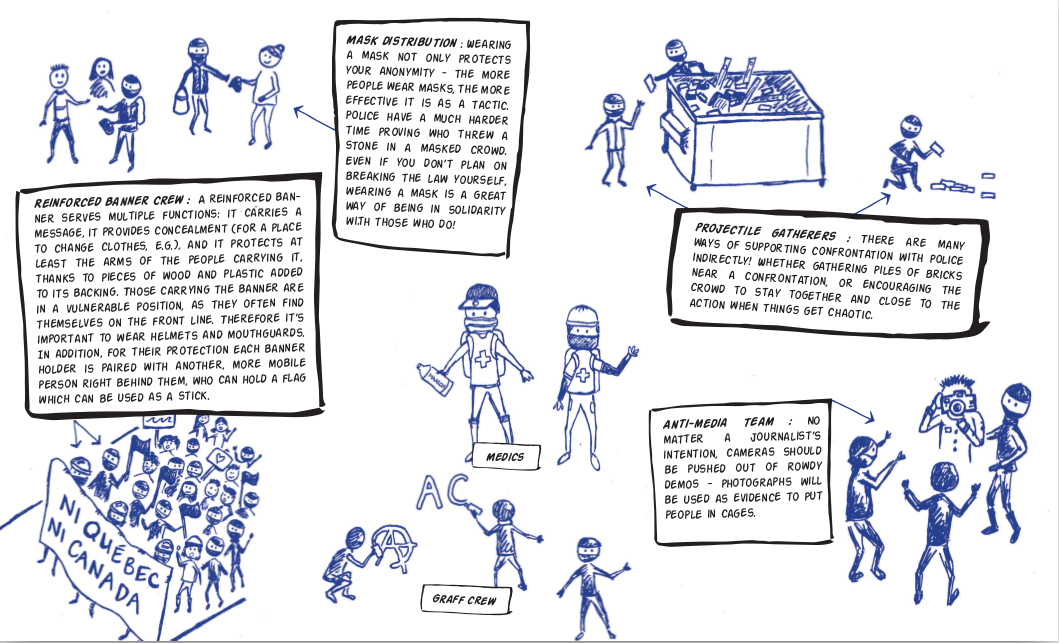