What better way to start a new year than by shutting down some fucking oil pipelines?

Sometime in the night of January 3rd, 2016 individuals stole into the dark near so-called Cambridge and used a manual pipeline valve to restrict the flow of Enbridge’s Line 7. We then applied our own locking devices to delay response time.

This action was undertaken to show our ever lasting love and support to the brave folks who’ve taken similar actions in the traditional territories of the Huron-Wendat, Mohawk, and Anishinaabek people.

Further, we take action to counter the new narrative of the state; to swing back at the grossly inflated charges those in Sarnia received, and show that we will not be cowed.

We will always fight back, whether it’s with the sun warming our faces, or the moonlight to guide us.

No tarsands, no pipelines. 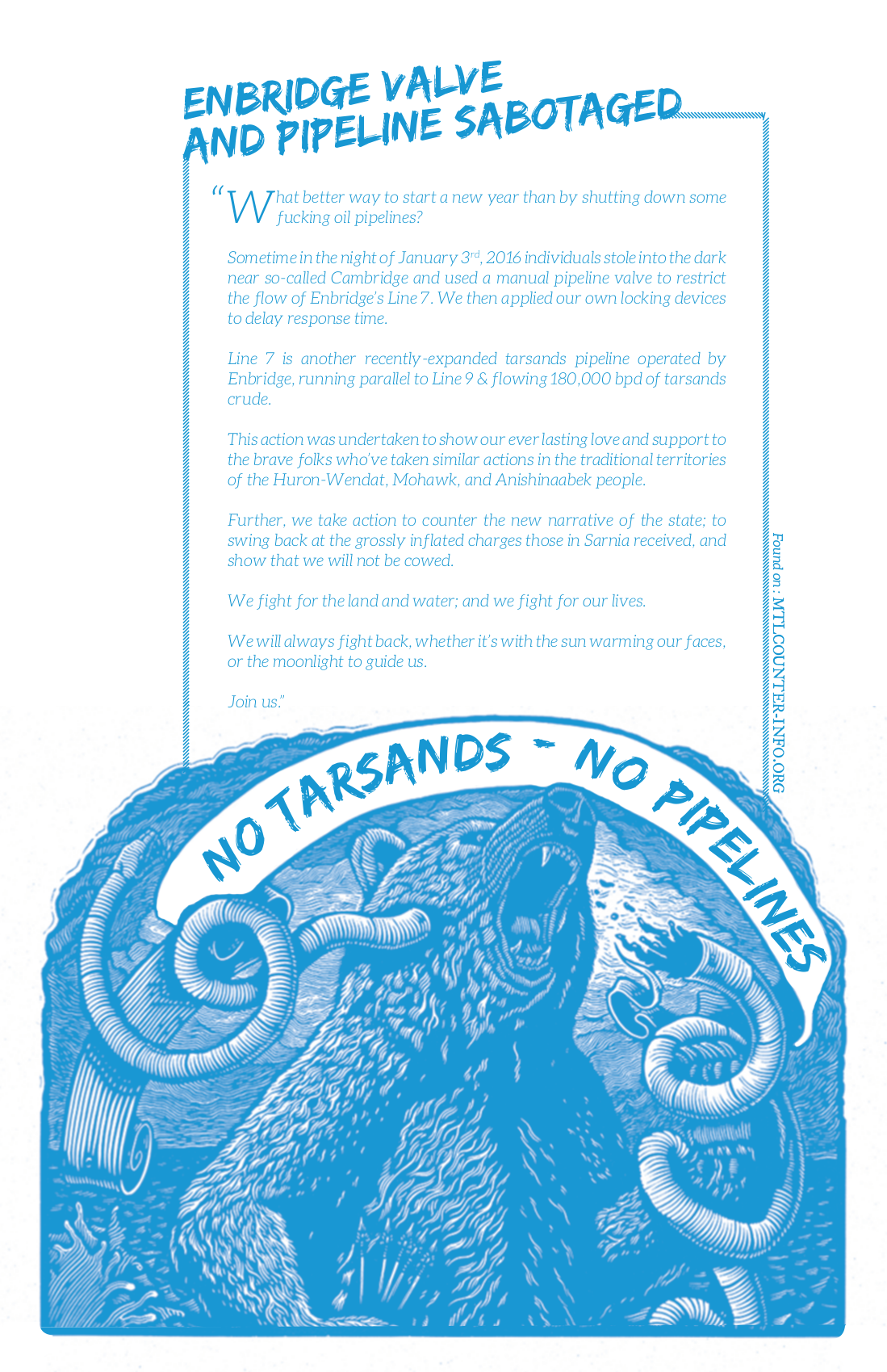