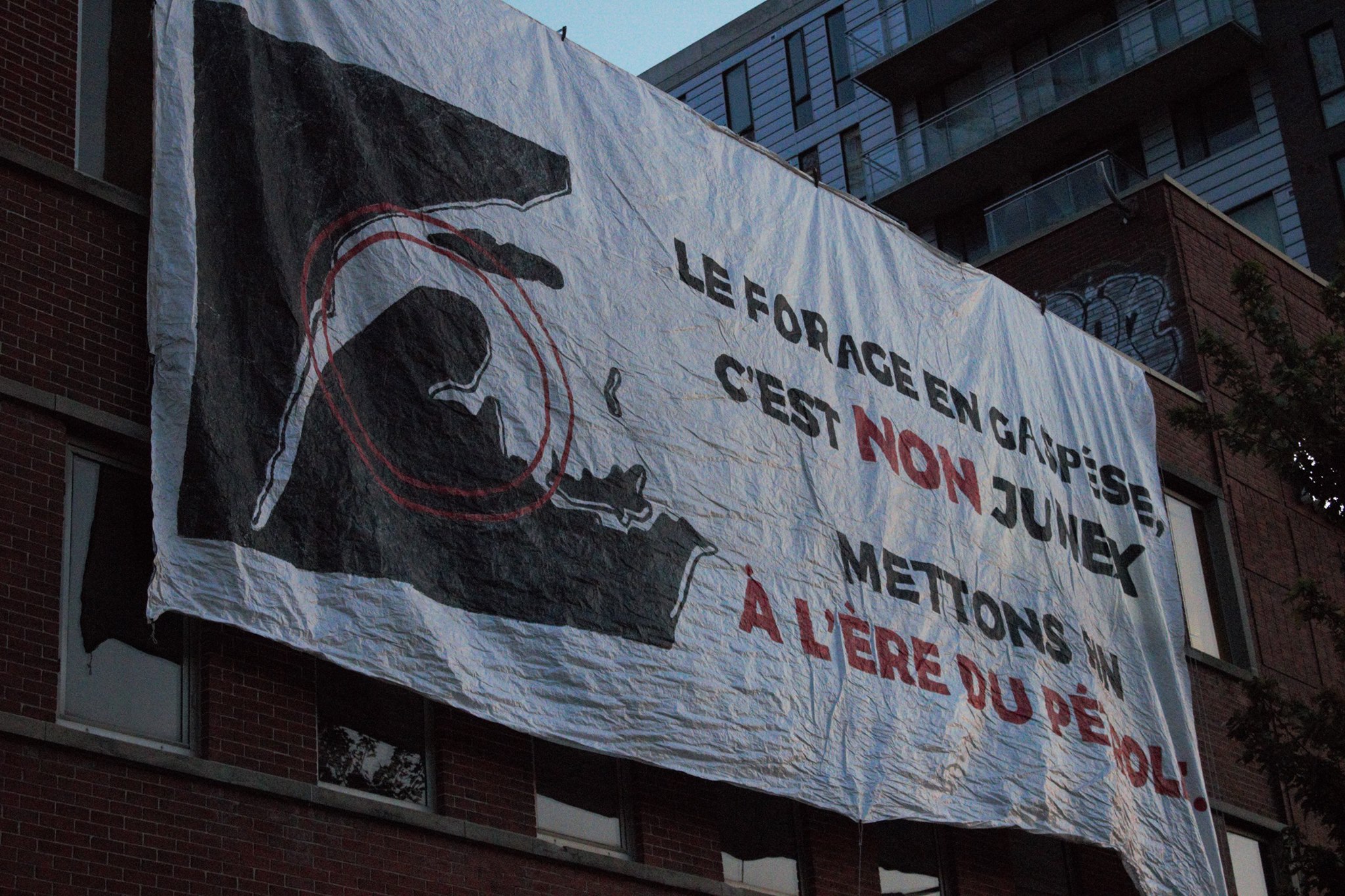 “Drilling in Gaspésie, it’s NO Junex, let’s put an end to
the era of oil”

This morning, a huge banner was dropped outside the riding office of the Minister of Energy and Natural Resources, Pierre Arcand.

This action comes in the wake of the River Camp being established at the entry to the oil company Junex’s Galt 4 drilling site.

No to fracking, Junexit from Gaspésie, for an end to all fossil fuel development. 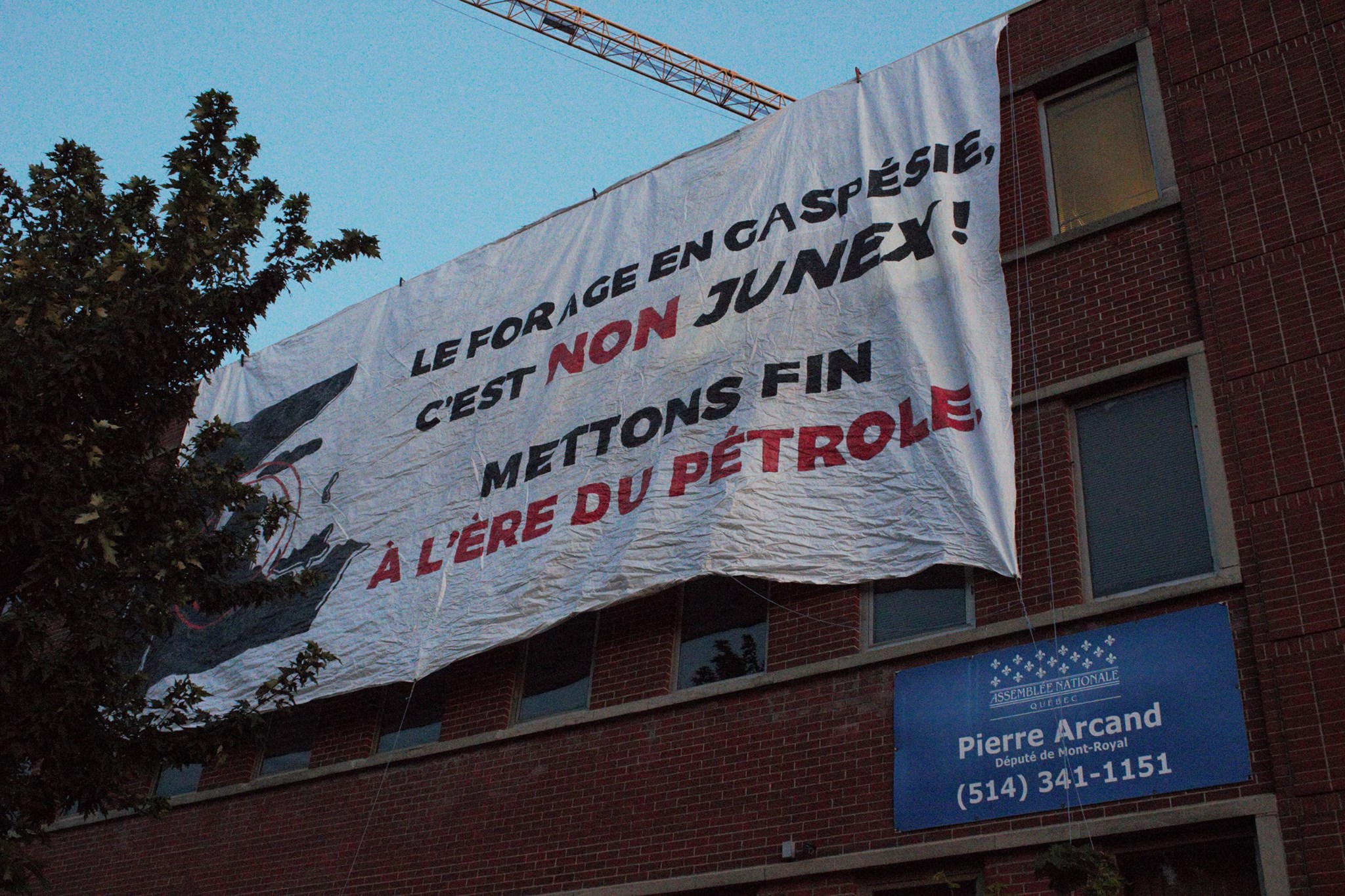