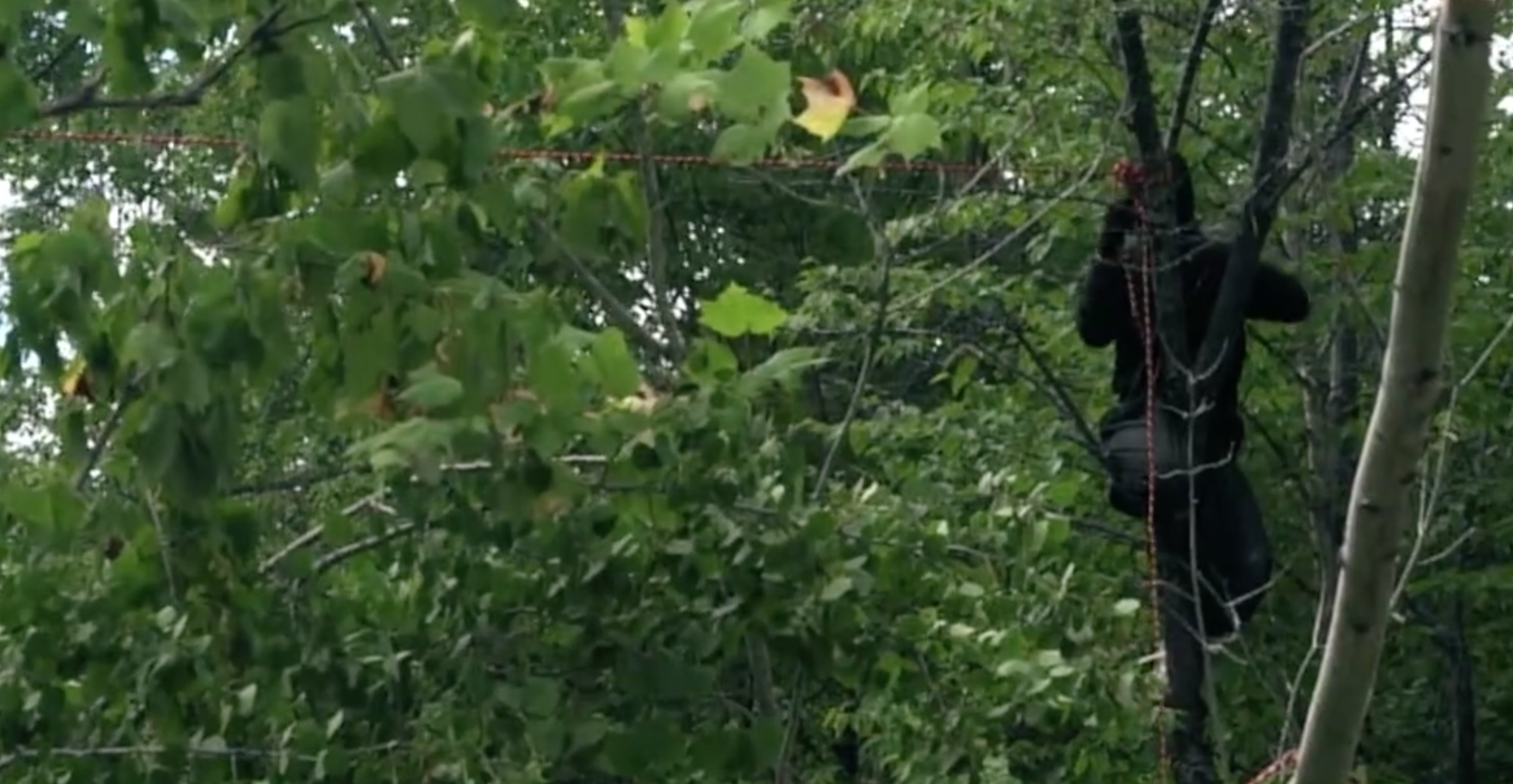 The blockade of the Junex Galt oil wells in Gaspésie has had much written about it in recent days. Nevertheless, information on what was happening at the site of the blockade has been hard to come by. The cops, as the blockaders, have not been particularly forthcoming.

I won’t elaborate on the how or the why of this action.

I only want to share moments of an incredible power that will never be relayed by the media, but that were quite real.

The view was stunning from Galt 5 (transformed by Junex into a wasteland of gravel and drilling residues), from the top of the mountain surrounded by dense forest, and the daily life among admirable people was gentle. The horn sounded three times per day, announcing meals, everything was discussed, in between some relays for the watch shifts at the barricades.

I won’t forget the mischievous joy that seized us at the sight of the front-end loader belonging to Junex being used to block their own road, nor the absurdity of seeing masked up people attending to their daily activities, or walking around with a chainsaw or an axe in hand, all while wearing the Junex uniform embellished by a fluorescent yellow construction helmet.

The barricades that improved by the minute, transforming from a few trees lying across the road to a wall of branches, reinforced with earth, scaffolding in the form of a watchtower, blocks of concrete and heavy machinery placed across the road. Everything gave the impression of an impregnable fortress.

What to say of the crazy collective laughter at the cops’ total incomprehension faced with our silence (above all when they gave us an injunction in the name of Gab Luneau).

Of course, not everything was perfect. We faced our share of pitfalls, tears, questioning, doubts, and tense moments, but however this story ends, victory is already ours. To have opened a world of possibilities in so short a time, the ball is rolling for what comes next.

The only interview we accepted to give to Radio-Canada and which you surely haven’t heard about, went as follows: (sung perfectly falsely)

And if there isn’t a moon
We will make one]

Junex and all the others, go fuck yourself, you will never find us, and we will not let you go.

Freddy, our thoughts and all of our respect are with you.
Strength and courage.

ANOTHER END OF THE WORLD IS POSSIBLE