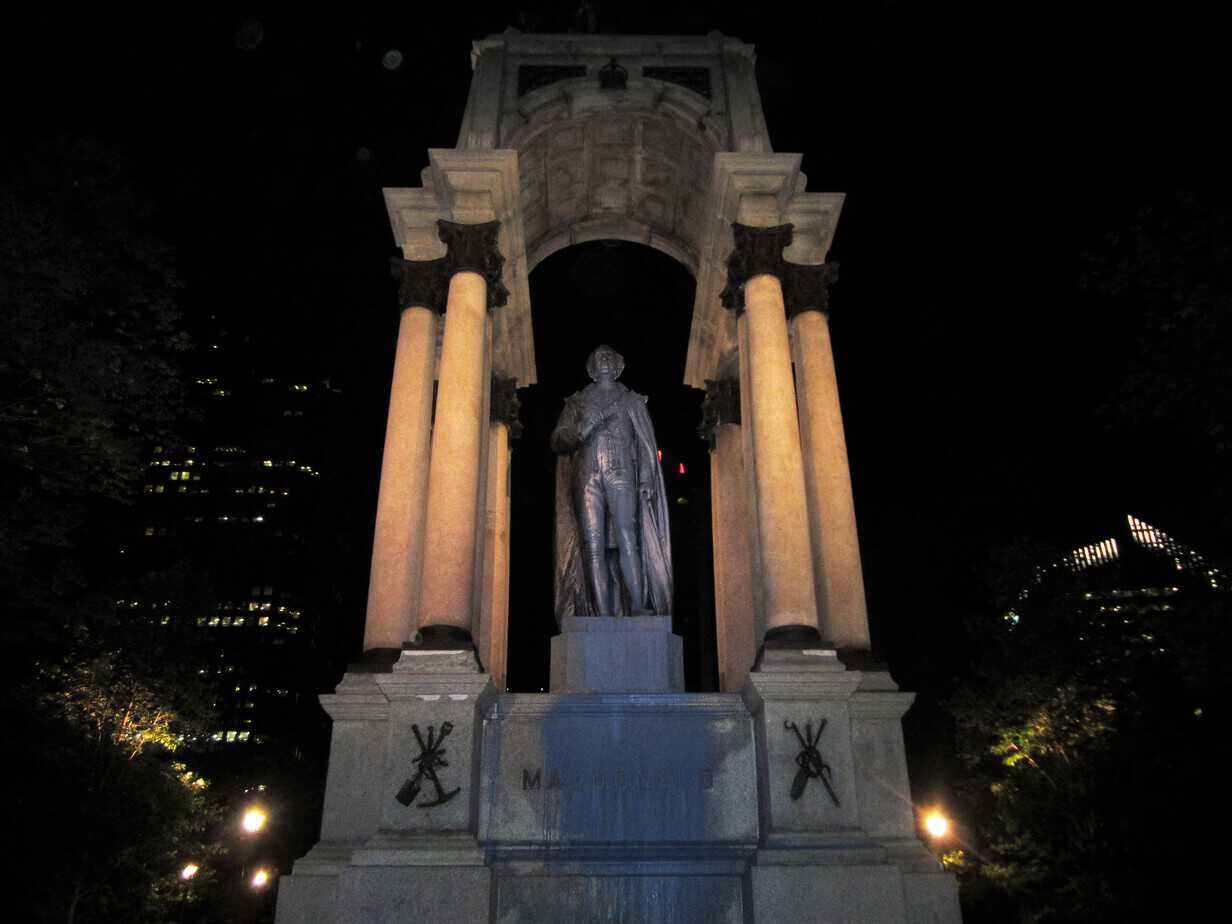 For at least the 8th time in less than two years, the racist and colonial John A. Macdonald Monument (1895) in Montreal has been vandalized by anti-colonial artists.

Between the two nationalist holidays in Quebec – St-Jean Baptiste Day on June 24 and Canada Day on July 1 – the #MacdonaldMustFall group in Montreal once again targeted the controversial statue, this time with blue paint, for an anti-colonial message.

Since the last time the Macdonald Monument was targeted in May 2019, Amherst Street in Montreal was officially renamed Atateken Street. The word Atateken signifies brotherhood, sisterhood and equality between people in the language of the Kanienʼkehá꞉ka. James Amherst, a British General, advocated and practiced genocide against Indigenous peoples.

If Amherst’s street name can be replaced, the John A. Macdonald Monument can also be removed from public space and instead placed in archives or museum. Public space should celebrate collective struggles for justice and liberation, not white supremacy and genocide.

As in previous communiqués, the #MacdonaldMustFall group in Montreal reminds the media and public: John A. Macdonald was a white supremacist. He directly contributed to the genocide of Indigenous peoples with the creation of the brutal residential schools system, as well as other measures meant to destroy native cultures and traditions. He was racist and hostile towards non-white minority groups in Canada, openly promoting the preservation of a so-called “Aryan” Canada. He passed laws to exclude people of Chinese origin. He was responsible for the hanging of Métis martyr Louis Riel.