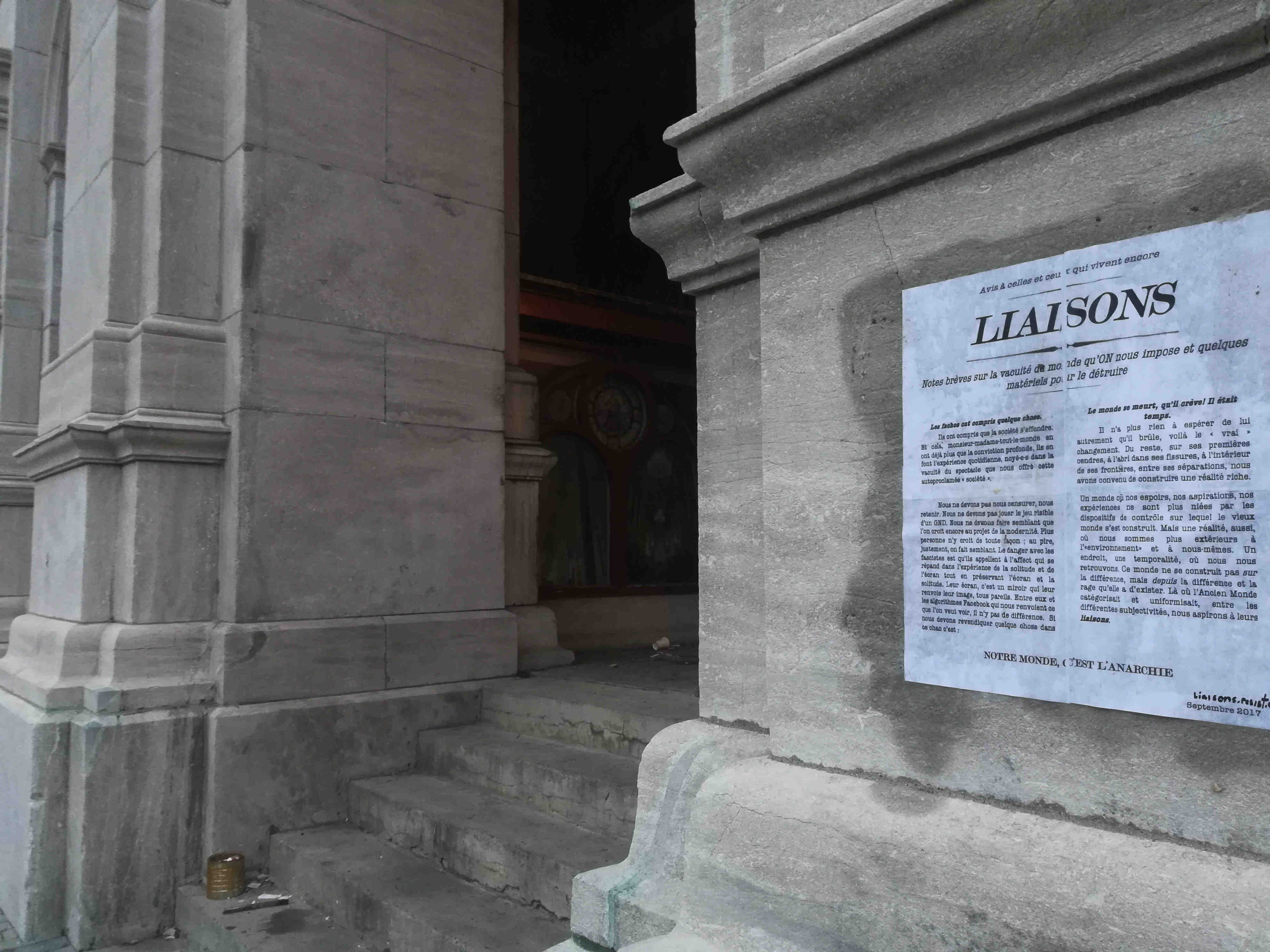 In recent days, weeks, and months, new posters and other tags have made their appearance in the territory of Quebec City, visible signs of people who have made the bet of linking themselves to the world by leaving their mark on the walls of the city.

Whether we know their identity makes no difference to us. Liaisons [Connections] is the mask by which they become anonymous to power and open to the world; the reflexive and informative tip of the iceberg. What matters to us are connections created in the fault lines of power and actions to expand them.

This is why we’re making a call

We make a simple call: let’s multiply our presence everywhere in the territory. Everywhere, let’s multiply the fault lines. This way, there is no limit to our praxeological imagination. And why not begin with the walls? We’re starting a mural poetry contest in so-called Quebec City! Pictures received by email will be published directly on the website of Liaisons (liaisons.resist.ca).

Let’s use this occasion to re-learn the habit and experience of acting together in the moonlight. Let’s light up the night with a thousand fires!

Watch out for the cops! One should act quickly, watch one’s surroundings, monitor all the “citizens” who would like to play the heroes of private property (despite this happening rather rarely). We’re never too forward-looking or cautious. If you want a piece of advice or two, from our experience: