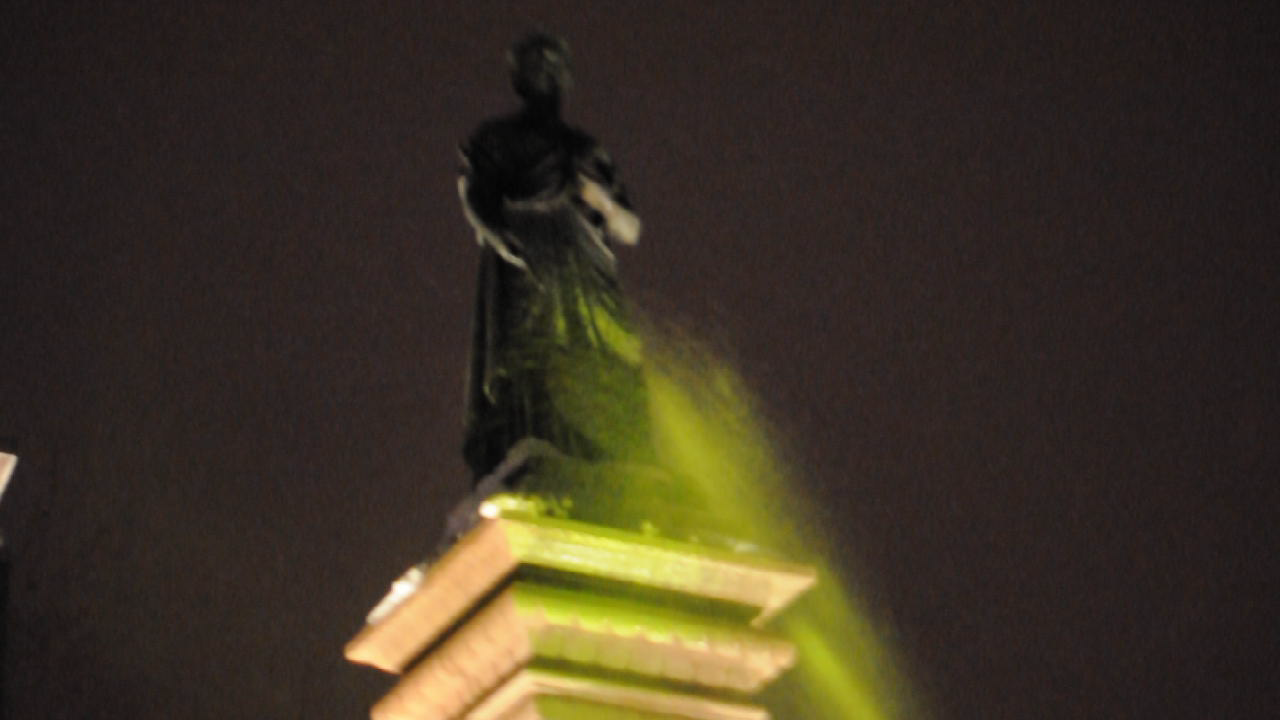 [Early this morning, the Collectif de résistance antiraciste de Montréal (CRAM) received a weblink to an anonymous communiqué which is cut and paste and shared below, including video and photo links. We encourage you to share widely in your networks.]

March 15, 2018, Montreal — Two landmark statues to Queen Victoria in Montreal were vandalized last night, a few days before St. Patrick’s Day. Both the Victoria Memorial in downtown Montreal as well the bronze statue on Sherbrooke Street at McGill University were both covered in green paint. The statues were unveiled in 1872 and 1900 respectively, more than a century ago.

The presence of these racist statues in Montreal are an insult to the self-determination and resistance struggles of oppressed peoples worldwide, including Indigenous nations in North America (Turtle Island) and Oceania, as well as the peoples of Africa, the Middle East, the Caribbean, the Indian subcontinent, and everywhere the British Empire committed its atrocities.

The statues are also an insult to the legacy of revolt by Irish freedom fighters, and anti-colonial mutineers of British origin. The statues particularly deserve no public space in Quebec, where the Québecois were denigrated and marginalized by British racists acting in the name of the putrid monarchy represented by Queen Victoria.

Queen Victoria’s reign, which continues to be whitewashed in history books and in popular media, represented a massive expansion of the barbaric British Empire. Collectively her reign represents a criminal legacy of genocide, mass murder, torture, massacres, terror, forced famines, concentration camps, theft, cultural denigration, racism, and white supremacy. That legacy should be denounced and attacked.

We are motivated and inspired by movements worldwide that have targeted colonial and racist statues for vandalism and removal: Cornwallis in Halifax, John A. Macdonald in Kingston, the Rhodes Must Fall movement in South Africa, the resistance to racist Confederate monuments in the USA, and more. We are also inspired by the recent action in Montreal, in November 2017, against the John A. Macdonald Monument (background: http://bit.ly/2DtJgcd; video: http://bit.ly/2pdPA2s).

Our action is a simple expression of anti-colonial and anti-imperialist solidarity, and we encourage others to undertake similar actions against racist monuments and symbols that should be in museums, not taking up our shared public spaces.