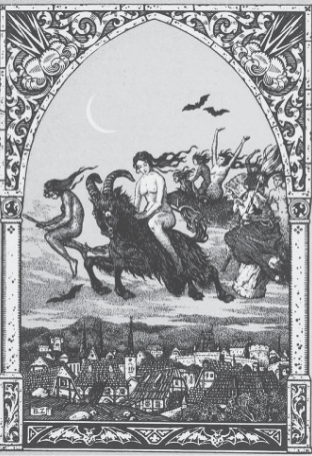 The three night-demos of this past November and December left a mark on us, a call for reflection. This is what we propose to share with you in the following pages.

Before and after these three demos, we were able to follow the unfolding of conversations – those that happened between friends as much as those we heard by chance in bars, living rooms and in the street – the furtive or noisy course of a feeling that seemed to be shared by many people: a feeling of emptiness. After the 200 person black bloc, after the broken windows, we heard “what else?” insistently. To the point where, when we asked friends if they were going to the third demo on December 18th, the majority answered that they had other things to do, like having dinner at a friend’s house.

So today, and in the past few months, we continue to ask ourselves what pushes those close to us, those who share the same desires to tear up the world and to nourish our rage, to chill with friends as we always do, rather than to seize the (rare) opportunity for a wild unleashing. This brings us to more questions: how can we think of these demos outside of the moments of strike which often push people to prioritize demos over dinners? What can our place be in these demos outside of social movements? What place do these demos take in our daily lives?

What is at the heart of our reflections, this feeling of emptiness, we have felt in all its force. These phrases repeated ad nauseam: “but where are we going with this?”, “what are these demos embedded in?”, “it’s not by breaking windows that we harm Capital”, “the State isn’t shaken by our nocturnal destructive wanderings”. The void, we feel it in the absurdity of gestures engaged for anyone other than ourselves, in the ridiculous silence of those we hate, in the infantilizing and numbing response of the Media that will only ever see us as violent imbeciles – not really dangerous. And worse still, they reflect to us a mirror image that strips away our power. This brings us to think that these demos, these moments of revolt that we open, can only be for us. If they are directed as messages for others, they become meaningless.

We refuse to fill the void that we felt with more demands addressed to those we wish to destroy. We don’t want to wait for the next mass movement to attack this world that does violence to us. We aren’t here to sacrifice ourselves for “the cause”, nor “because we have to”. In these demos, we draw strength from the feeling of deciding to live in the city differently. We take control, with the sense of chaos making us alert, the feeling that we are learning to navigate because it is the enemy of order and the normative universe. In these moments of chaos we no longer hear the trendy slogans repeated until they lose meaning, but bursts of destruction, fireworks and the howling that echoes them, windows shattered by rage and hammers. We feel the force of overturning this order, for the time that it lasts.

And if there is a feeling of emptiness that lives with this furious and ecstatic jouissance, it’s because we know that we seek to destroy more than windows. We can’t be content with the image of destruction. We don’t want to bask in in the spectacle of our own radness. We couldn’t, it rings false. This void, we feel it at our fingertips, because at the end, we are left bored. At the end, you’ve broken a window but this changes nothing; nothing but a sort of catharsis, finally hurting something other than ourselves. So how can we go further than breaking windows, how can we nourish these signs of power within us, against the world?

Already, we crave to see the demo as a space of exploration. To try a little to imagine beyond the gestures already learned – breaking windows, throwing rocks at cops, putting up graffiti, distributing flyers, shooting fireworks, etc. And for us, this doesn’t necessarily imply starting to seek new gestures, but perhaps to find in these gestures, repeated a thousand times by all kinds of people, a little more than their habit. To reflect on the intentions behind these gestures, looking for their unique meaning each time. Even if it is only in search of taking pleasure in them, a feeling of euphoria in the action. Making these gestures active, and not only reproducing them as images of themselves. Further, what this implies for us is to take demos seriously, to prepare ourselves for them before they are even called. Knowing that there will be others and we are already ready, already charged up, like springs only waiting for the moment of release.

What this also means for us is to avoid falling into this trap of living demos as pressure valves; moments where we feel like we are acting against the forces of this world and which then permit us to forget, to feel better so that we return to school and work. We want the demo to overflow into our lives, for it to be contagious and animate our daily gestures. For it to light fires in our lives so that we can then imagine a network of destructive and subversive actions; a web of rebellions that we give name to and tie together. So that we manage to make sense of all these spasms of resistance, without waiting to embed them in a social movement. For us, the demo can be a celebration that overturns and subverts lived time, that drags us out from the banality of daily life. We burn together, running where we wish in the streets and sidewalks with speed and determination, and we violently repel cops as soon as they approach us. We are here because we feel life differently in a demo, because we love the butterflies in our stomachs and our wildly pounding hearts, adrenaline rising.

We also wish to avoid that the demo only replies to itself and is contained to its own temporal-spatial limits and automatisms. We wish to avoid forgetting it the following day, because we have other things to do. We wish to carry the demo within us, to think about it, to talk about it with friends, to see what we would like to do the next time the opportunity presents itself, to always be alert. To not forget the feeling and exaltation possible when we give ourselves the chance, if we let ourselves actualize what we know we’re capable of when we prepare well. We don’t want to return to demos as if we don’t believe in them. Because by continually not believing in them, we bar ourselves from the possibility that the demo will be virulent and combative, that it will only be a parade of the normative order, whose dissenting role permits the maintenance of order. We don’t want to be fearfully lead by cops who are better prepared than us anymore, with our bags too heavy to run and our hands and ears frozen by cold because we forgot a hat and gloves, the too-recognizable clothing we wear everyday. We want every demo to create an unquenchable thirst for the next, because we are ready, because we are just waiting for the space to attack again with the weapons that we are sharpening every day.

We have also asked ourselves: why is it that we feel so called to by demos? Why not concentrate our energy on ninja-actions? Why wait for the next demo if we can do actions in the night with our trusted friends…? Because the demo has something of its own that these actions don’t; the demo is open, the demo is public. In the demo there are those we don’t know, who desire to be there. Like us at one point, who were alone and who came to demos. And who saw the distance between those who throw rocks and ourselves falter. Ourselves, who were there because we didn’t find any other space in our lives for insurgence, to “do something”. So, going to demos, and seeing ourselves become protagonists of this rebellion. No longer having in our minds this far off imaginary where others attack. Demos have opened up our possibilities, have allowed us to face our fear of cops, perhaps slowly, over the years, but always surely. To better understand the terrain, how the cops move, how to heal ourselves, when to run and how to stay calm. Where to hit, and how to see every bank, bourgeois car, and government building as a target. To no longer only see police as executioners, but as targets and beings that we can fight. The moment when we ceased to only be those who watched. And even, the moment when we looked at others, but when this was an active look. We were no longer spectators. If we didn’t pick up the stone, we nonetheless felt the euphoria of the gesture as the glass shattered. There was no longer distance between the throwers and ourselves, because the demo makes it possible to reduce this distance. It is us too, we are there, we are them, we are accomplices, we desire this, our being-spirit is in the rock that smashes.

We would lastly like to question the often-repeated strategy of calling a demo in the week following a successful demo, up until the last demo no longer kindles enthusiasm and is ferociously repressed. Because we feel it in advance, it was said, that the demo of December 18th would be less strong, that it wouldn’t have the same possibilities as the last. And some of us did not go to this demo; we gave power to the self-realizing prophecy that the third demo wouldn’t have the scope of the second or even surpass it in intensity.

And until the next demo, we aim to better plot the intentions that bring us to walk against the flow of traffic. 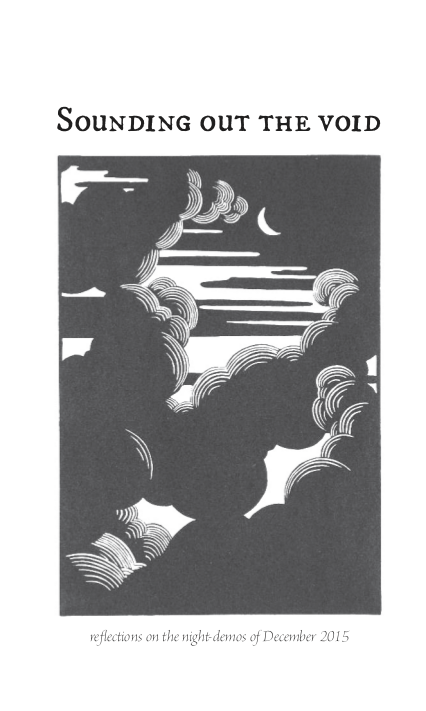