we receive and publish

The month of June, 2012 marks two years since the G20 summit in Toronto and the courageous resistance shown to it. It also marks the sentencing of our comrade Charles Bicari to seven months behind bars for smashing the windows of two police cars, two stores and an ATM with a hammer. To mark the occasion, we spent a few evenings spreading anti-system and solidarity slogans with the G20 prisoners in the streets of Montreal.

Continued solidarity with the G20 prisoners!

No comrades left in the enemy’s prisons without a response!

Here are some pics: 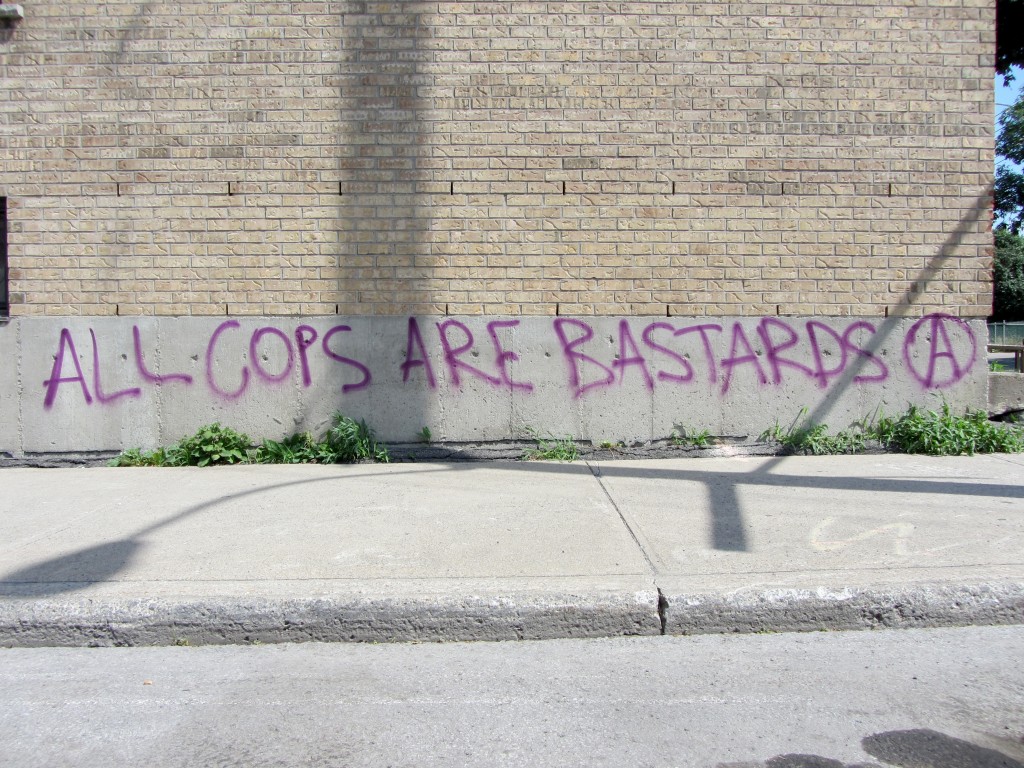 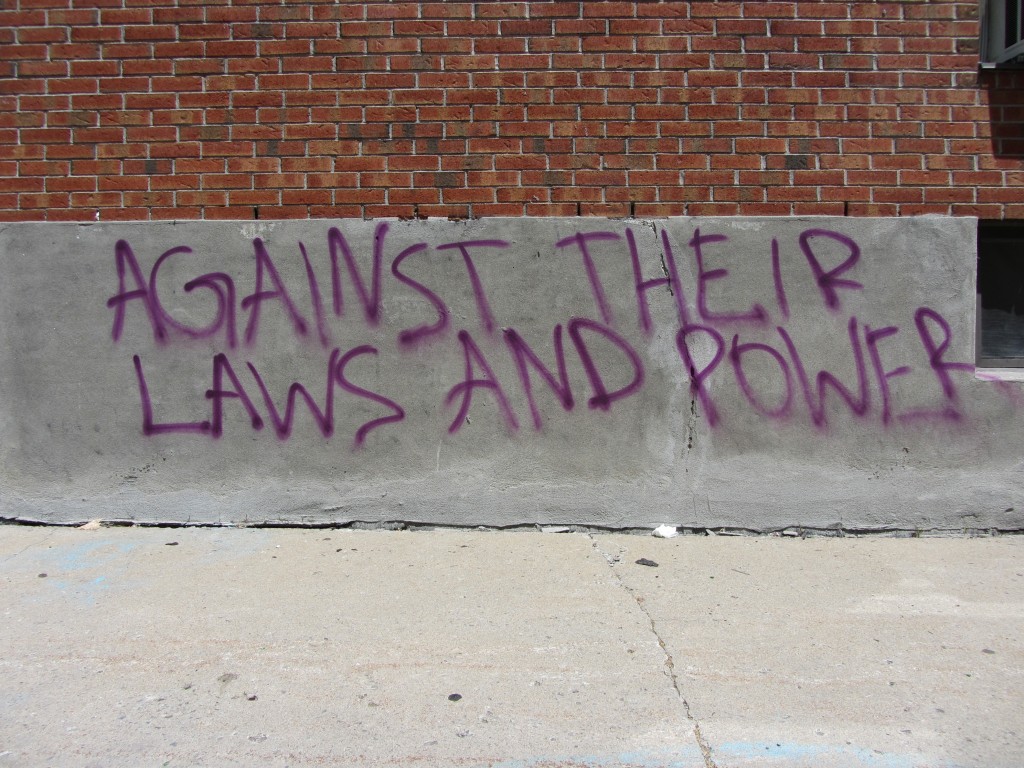 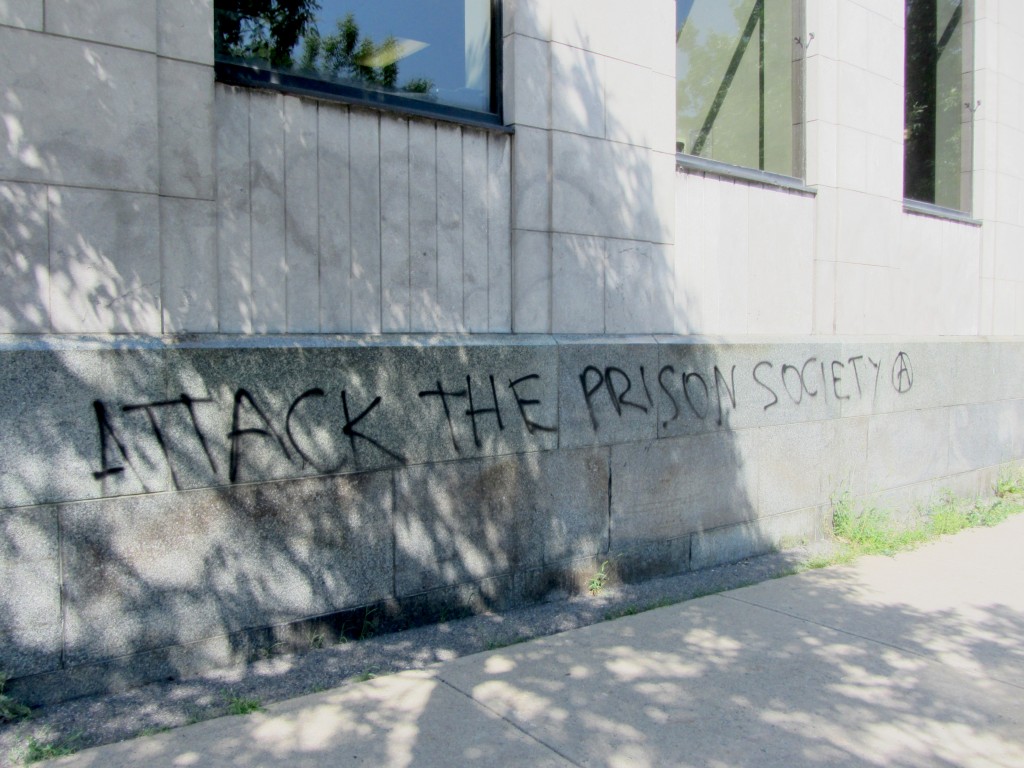 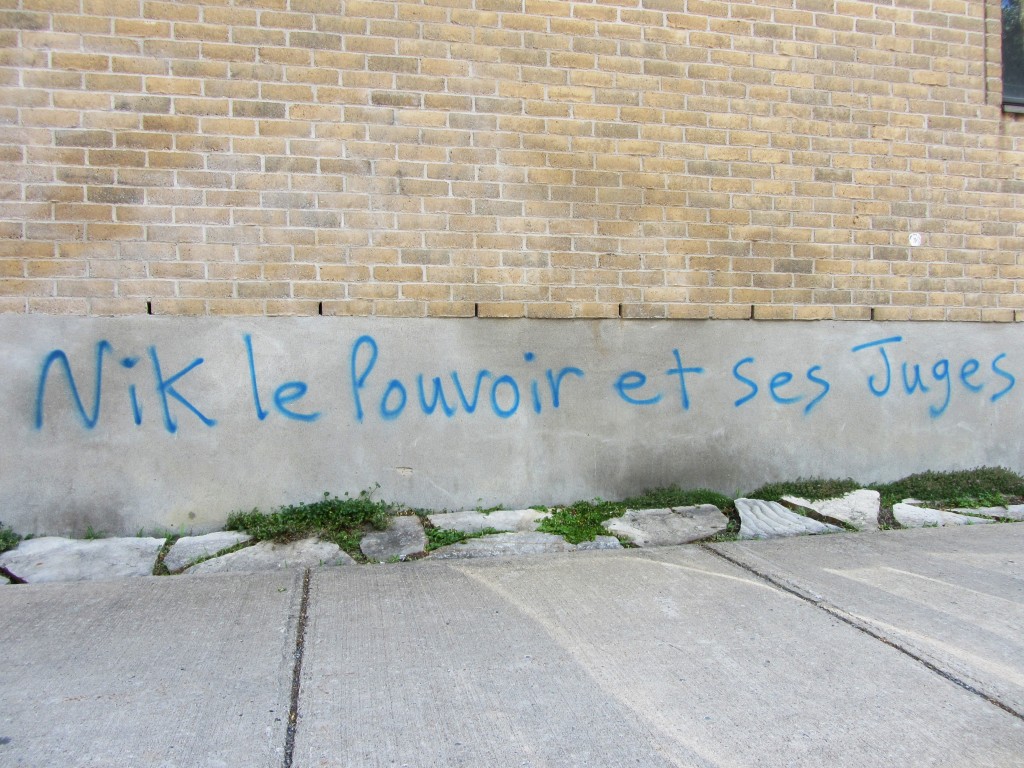 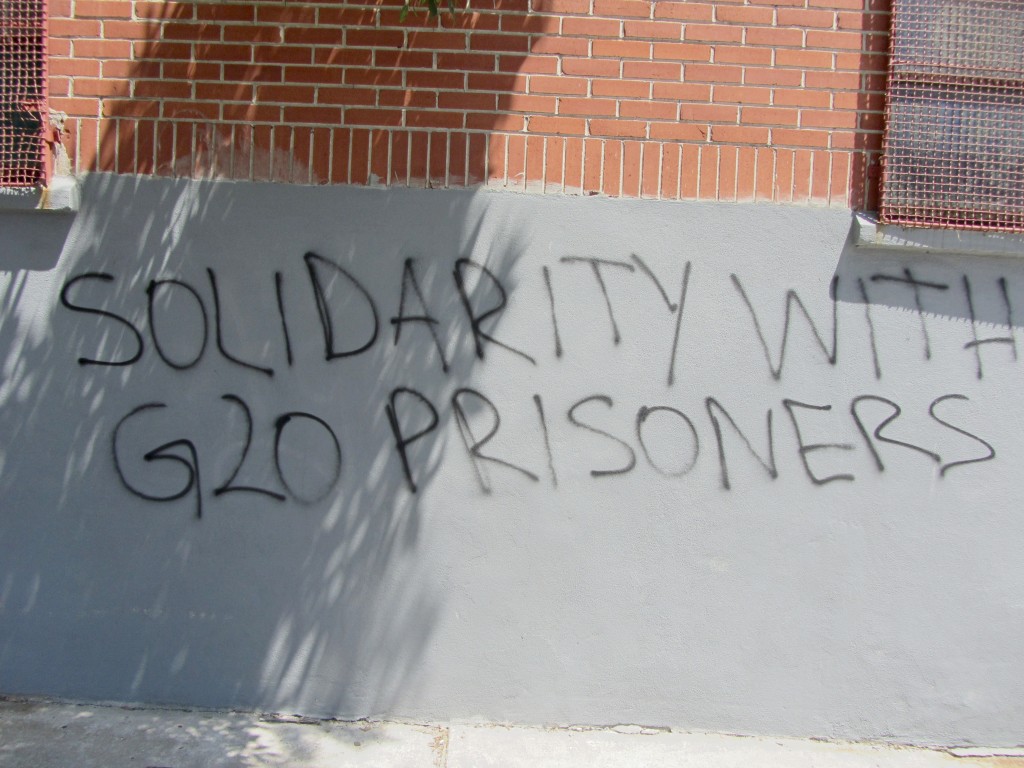 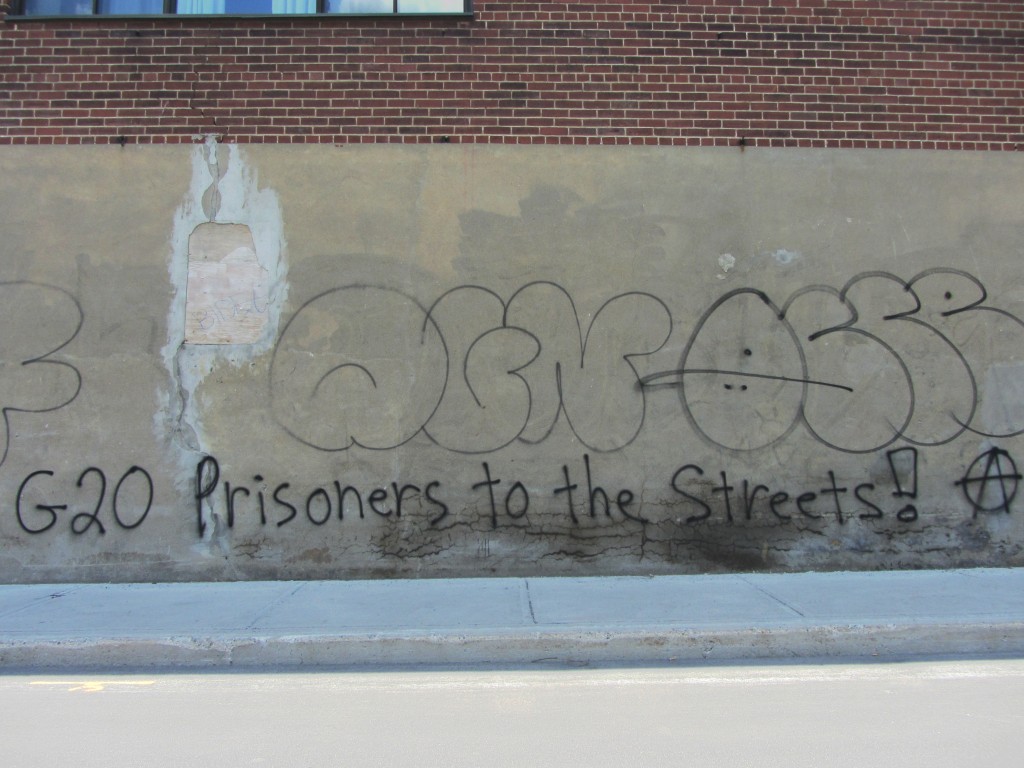 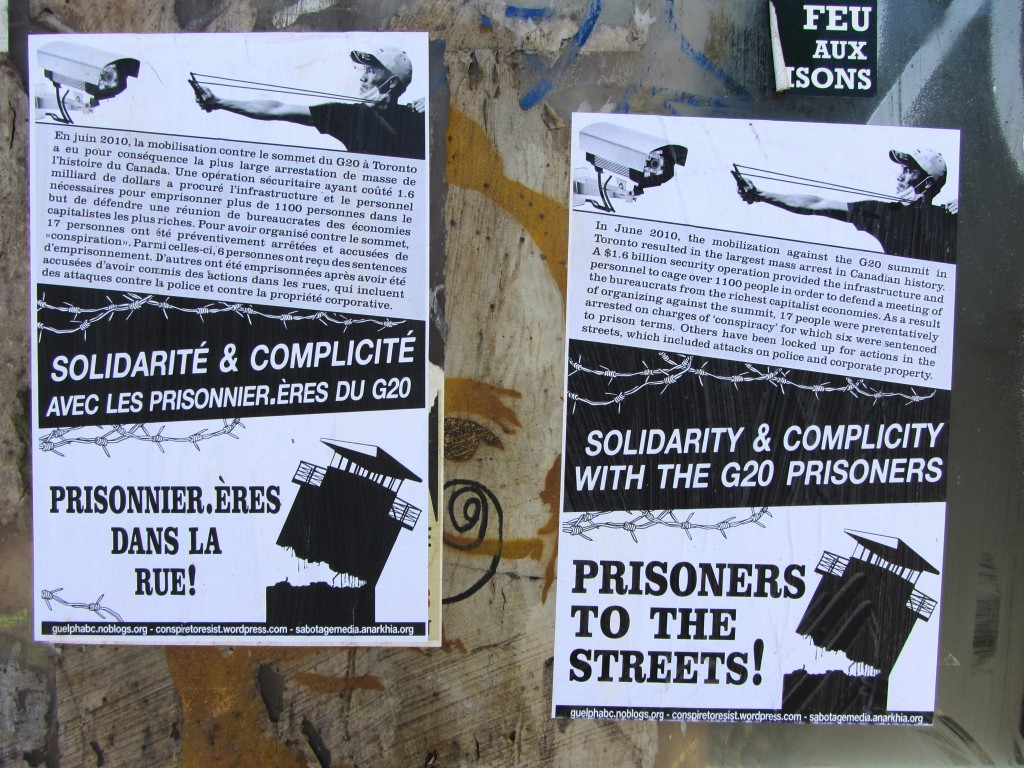 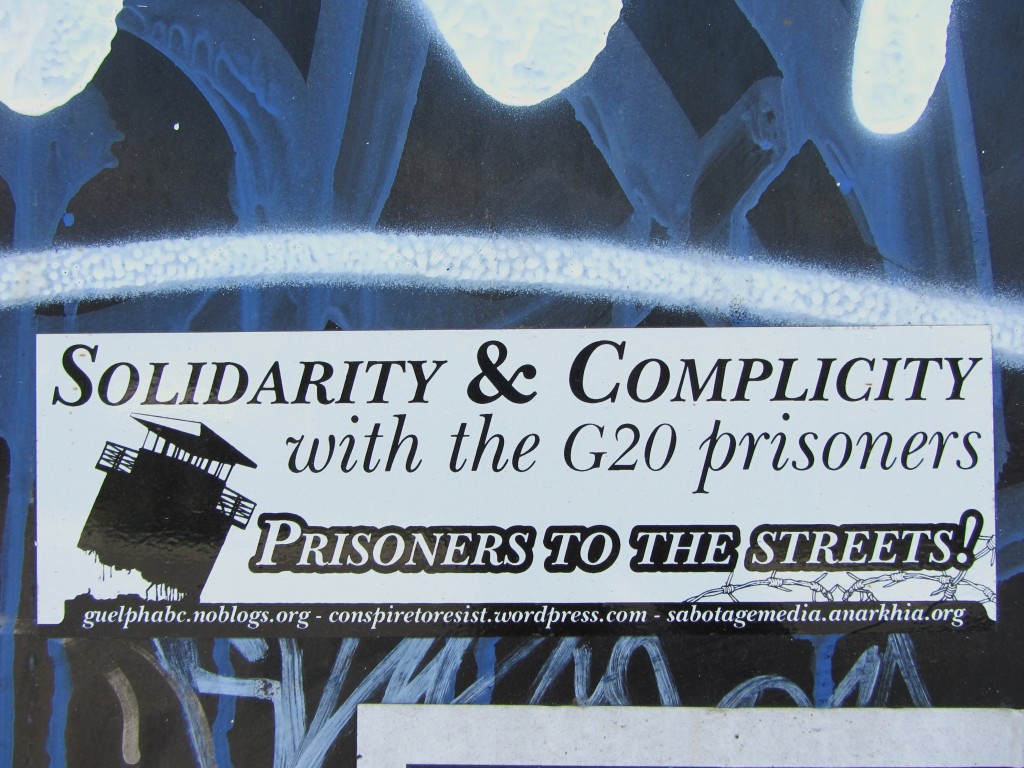