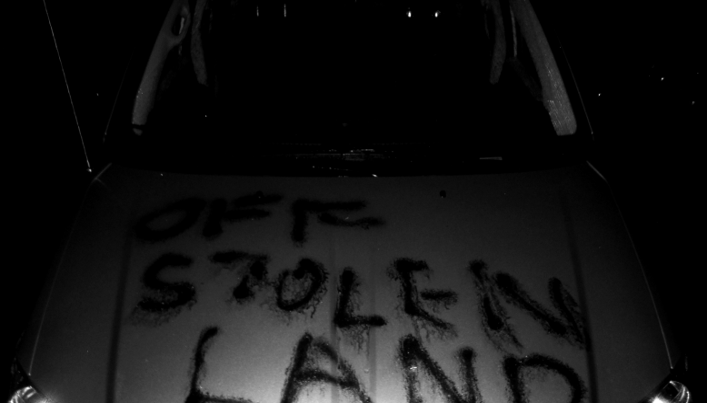 Since 1873, the Canadian government has been using the RCMP and all police services at their disposal to forcefully invade indigenous territory, helping to steal their land for resources and aid in their assimilation.

Out west on Wet’suwet‘en territory in Northern BC the RCMP continue to harass individuals travelling to and from their homes, seizing cars and leaving youth and mothers stranded in the wilderness. In addition, police continue to keep the Wet’suwet’en from freely accessing hunting and fishing grounds and – as the spring thaw continues – areas where they would gather berries and medicines for sickness and ceremony. All this on behalf and in favour of TransCanada/TC Energy.

Out East on the banks of the Sipekne’katik (Shubenacadie River) – occupied Mi’kmaq territory – we see the RCMP cater to yet another destructive energy corporation: Alton Gas. Earlier in April the RCMP trespassed, arrested and charged three Mi’kmaw grandmothers. Arrests came after two years of indigenous community impeding contruction access for a project that will devastate the delicate tidal bore ecosystem.

Colonial policing institutions continue to interfere and trespass where they are not welcome – always in favour of industry and state gains. On May 8, 2019 we even saw the OPP arrest and charge an individual from Wahta Mohawk territory for trespassing – on their own territory – after confronting state-endorsed band council government for corruption.

We see these moments and struggles for indigenous self-determination and land reclamation for what they are; brave and necessary.

We support those reclaiming what has been stolen and correcting what is wrong by doing what we can do, for now – attacking the state apparatuses that continue to harass, interfere with, and criminalize indigenous peoples.

Sometime in the evening of May 12 a group of regular everyday folks tried too, to be brave.

Targetting the RCMP building in Stoney Creek for the second time in recent history these individuals found their way in to a private RCMP car lot and took as many service vehicles out of commission as possible.

We like to think that, for a short time, we have made it just a bit safer around here.

A small act of gratitude for those truly honouring our mother, on this mother’s day.

Moving forward, we call on others to step up. To treat these struggles as seriously as you treat commitments to your family, your jobs, degrees, or community. We call on every single person who has ever believed themselves to be an “ally“ to begin organizing and mobilizing for the inevitable moments ahead. What are you prepared to do when the Mi’kmaw and Wet’suwet’en must once again physically defend their territories from colonial violence? How are you preparing for the moments that have been building for two years, and for ten? Indigenous communities are keeping up their 300-year fight against colonialism and state control, and settlers can (and should) be waging the second front.