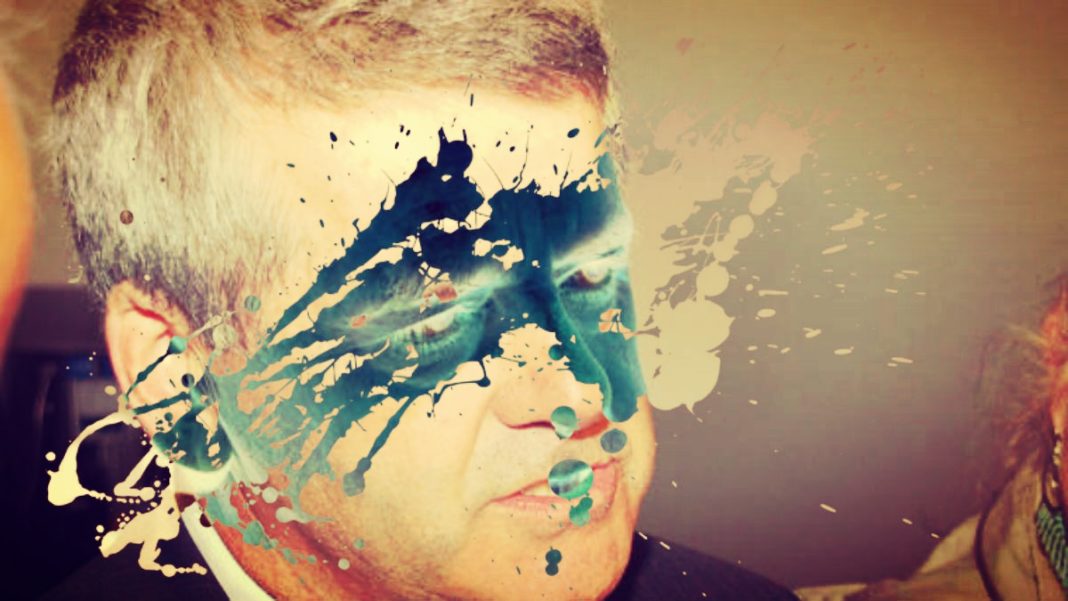 The night of November 16, we went to visit the suburbs of Quebec City, or more precisely 1205 rue Imperiale, so as to leave a message for Mr. Jean-Yves Lavoie. For those who aren’t familiar with him, Mr. Lavoie is the president of Junex, a company that generates its profits (or, at least, tries to) from exploiting the territory of so-called “Quebec”, meaning among other things fracking projects in “Gaspesie”.

We have decided to combine our efforts with the powerful ongoing struggle, which is taking place on multiple fronts, that seeks to make the dream of Mr. Lavoie impossible. In other words, rather than allowing colonial extractivist industry and companies like Junex to continue to threaten the soil and the water of Gaspesie or any other region of Turtle Island, we have chosen to heed the call of the Mi’kmaq and other water and land protectors. We will do what is necessary in order to stop companies like Junex from carrying out their destructive plans.

It is in this spirit, and with our own objective of dismantling the oil and gas industry in “Quebec”, that we have smashed the windows of his cars, without forgetting to slash the tires. We also covered his house in paint.

We also left him a voice message, which you can listen to here.

His dream of becoming rich through the destruction of territory will not come to pass. Collective efforts of earth defense – blockades, support camps, demos, education campaigns – as well as all the autonomous initiatives put forward by a multitude of indigenous and non-indigenous groups will be much more powerful than the work of Mr. Lavoie and Junex can accomplish in one life.