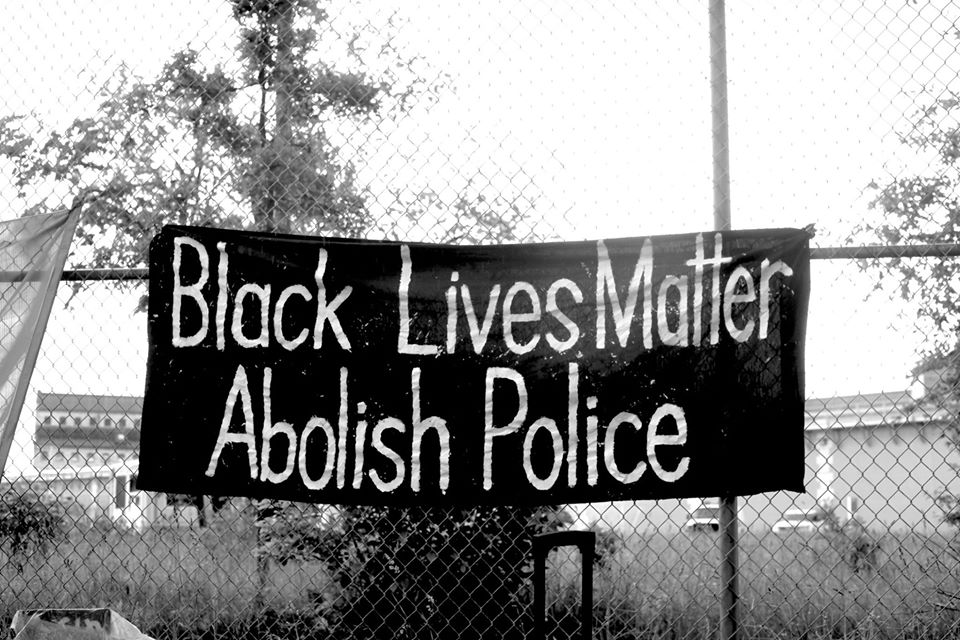 From the Anti-Carceral Group

June 13, 2020 — Montreal – At 12pm today, one hundred Montrealers gathered in front of the Bordeaux prison to call for defunding the police and decarcerating prisons. Black activists told the crowd about the violence inflicted upon their communities by prisons and the police. The crowd held banners with slogans such as “Prisons Kill,” “Black Lives Matter,” and “Defund the Police,” and made noise to show solidarity with prisoners inside Bordeaux.

The uprising sparked by the police killing of George Floyd in Minneapolis has brought new attention to police violence south of the colonial border (in the United States). But US activists have also called attention to the killing of Black people in prisons, including Jamel Floyd, a 35 year-old Black man who died after being pepper sprayed in his cell in a federal prison in Brooklyn.

In Canada, mass protests in Toronto, Halifax, Montreal, and other cities have brought these issues closer to home, highlighting a long history of violent and racist policing. This local history was a key theme of the Bordeaux protest. Amanda Thompson, a Black co-organizer of the protest, explained: “There a long history of anti-Black policing in Montreal, including a long series of police killings of Black people, as well as everyday surveillance, harassment, and abuse in our communities.”

The Montreal police have been criticized for racial profiling and violence for decades. A string of police killings between 1987 and 1993 brought widespread calls for police accountability, but little change in the operation of police. In the fall of 2019, a report showed that Black and Indigenous Montrealers are four times more likely to be stopped by police than white people. Between 2014 and 2018, moreover, the police killed five Black men: Alain Magloire, René Gallant, Bony Jean-Pierre, Pierre Coriolan, and Nicholas Gibbs.

Police racism is part of the reason for the disproportionate incarceration of Black people in Canada. While Black people represent just 3.5% of the Canadian population, they represent 7.5% of federal prisoners. In Quebec, data on the racial background of provincial prisoners is kept secret, but prisoners at Bordeaux estimate that 20% of prisoners are Black.

The same violence that Black people experience on Montreal streets, moreover, is mirrored behind prison walls. Kiyha Schrouder, a co-organizer of the event, explained: “There are no rules inside prison. Guards can abuse prisoners, throw them in solitary for weeks, and there are no consequences, especially when it comes to Black prisoners. This violence has grave and long-term effects on people’s mental health. This has got to stop today.”

As the global uprising against the police continues, a variety of police reforms have been discussed, such as better police training and police body cams. The message of today’s protest, however, is that prisons and police are fundamentally racist and violence and no piecemeal reform will change that. As Amanda Thompson explained: “When the police kill a Black person, that’s not a mistake; that’s the system working as it was designed. We don’t want small changes to a racist institution, we’re calling for the defunding of the police, the decarceration of prisons, and a reinvestment of that money in communities.”

The noise made by protesters was clearly heard by prisoners inside Bordeaux. At one point in the event, protesters and prisoners chanted slogans back and forth, and both groups made any noise they could. Respecting public health protocols, all protesters wore facemasks, with the event organizers provided masks, food, and water to anyone who needed them.

Photos from the event are available at https://bit.ly/30G467C