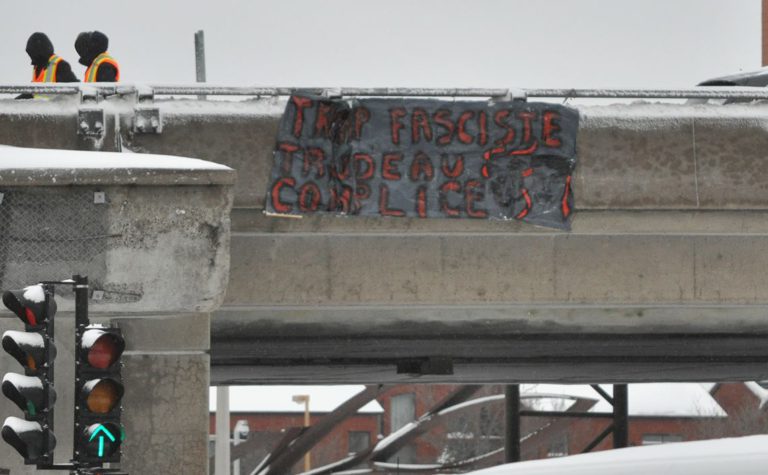 Read the full press release here, or see more photos and statements from the Open Borders Collective on facebook.

A grassroots movement that combines anti-colonial, anti-capitalist opposition to neoliberalism, while also supporting Indigenous sovereignty and migrant justice, is necessary to defeat Trump and the Far-Right, and the people who normalize him,” stated Grewal.

Both Arseneault and Grewal add together: “Today we drop a banner off a highway, a symbolic gesture of disobedience; but in the coming weeks and months, we need to engage in protracted civil disobedience and direct action to open the borders and ultimately defeat the rise of the far-right.”