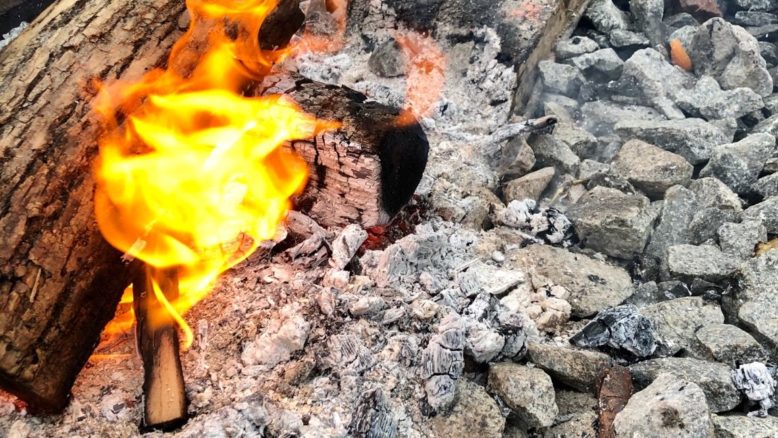 Several arrests in Hamilton have been made in relation to the recent blockade action that saw rail lines shut down in response to the OPP raid in Tyendinaga early this week. Police took people from their homes and workplaces, for a total of 4 arrests at this time. These people are currently all still in police custody and will be appearing in court for bail in the next couple days. While unfortunate and enraging, none of this is surprising. Over the course of the last month, wave after wave of blockades and other actions have swept across the country causing incalculable economic damage and throwing Canada and its treatment of indigenous communities into the global spotlight. It was only a matter of time until the state responded with force and began to target those involved. This week appears to have been a tipping point in this regard, with police increasingly making arrests in different cities.

With resistance comes backlash, repression is a standard tactic used by the state when it is threatened. The history of social movements and liberation struggles is scattered with countless examples of this. Arrests and police harassment are used not only to target specific individuals, but more critically, to instill fear in people more broadly and in doing so, quell action. It is important that we do not let this happen. The best response to state repression is working to make it as unsuccessful a strategy as possible. This is not the time to let intimidation hinder action, rather this is a time to push ourselves and those around us to be brave and continue to act. Some people may choose to continue taking the same actions they have been doing, and others may choose to shift and try different things in response to changing contexts. In any case, the key is continuing to struggle and not allowing the flame of rebellion to be extinguished.

Related to the topic of action, we wanted to say a few things about risk. While risk is an ever-present reality, it is nowhere near a universal thing and different people face very different levels of risk. Tens of thousands of people have participated in actions across the country, and in proportion only a small handful of people have been arrested. There is strength in numbers, and the scope of this struggle has created a context in which it would be difficult (and likely very unpopular from a public opinion standpoint) for there to be large-scale arrests. In the case of Hamilton, only very particular people have been arrested. The people who have been arrested are by and large ‘the usual suspects’ to police in the city. These are people who are highly visible in their antagonistic politics and activities, are already known to (and regularly surveilled and harassed by) Hamilton Police, are currently facing other criminal charges and have conditions and/or just recently concluded other court matters. All of this is to say, if you are someone who participated in the blockade and are worried, the arrests of these people is not an indication at this time that police will be conducting sweeping arrests across the city. That said, this is a good moment to reflect on practices and think about how to reduce risks.

When taking part in these type of activities, we highly encourage folks to consider masking up. Covering your face and concealing your identity to the greatest extent possible does a lot to both decrease your own personal risk and help in keeping others around you safer. The more people who are masked, the harder it is to identify people in crowds. This is not only a matter of state repression. In addition to police taking photos and videos of the action, there were a variety of far-right individuals (and this is not uncommon) who also showed up and attempted to get photos of people involved. Being doxed online is as big of threat as being arrested, and it sucks in its own right. So cover up, you’ll thank yourself later!

Lastly, if others are targeted and do get arrested – know that we have your back. Do not talk to the police under any circumstances, ask to call a lawyer, and wait. You will not face repression alone and will be supported throughout the process. For better or worse we’ve got a fair bit of experience with this stuff, and are good at dealing with. We are a resilient bunch and will help you through any difficult times. Repression isn’t fun, but it is totally survivable and something that in the long run can actually make you stronger, rather than weaker.

See you at the next blockade ;)

On masking up and concealing your identity:

On lots of things:

The Tower (your friendly neighbourhood anarchist social centre) regularly hosts free public events and workshops that cover topics such dealing with arrest, navigating the legal system, and other relevant topics. If you are contacted by the police, and/or want tips on how to prepare for all things repression related you can contact The Tower at thetower@riseup.net and folks involved in that project can provide support.