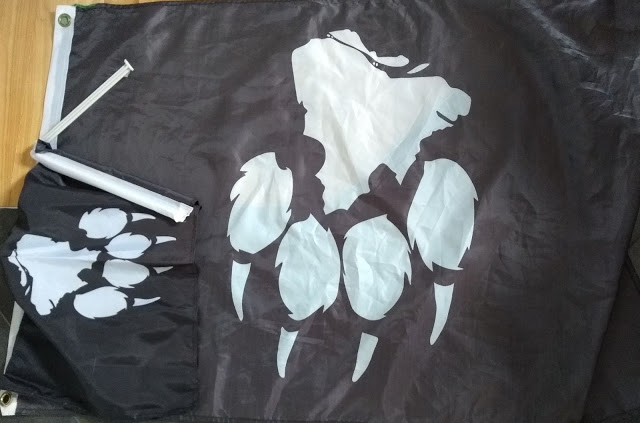 From the Emma Goldman Collective

This past August 25th, the racist group La Meute organized a “visibility action” with all its clans. No doubt sick of demonstrating while trapped in parking lots, this time Clan 02 decided to focus on its strengths: cars, and organized a float parade. From Chicoutimi to Saint-Félicien, passing though Jonquière, Saint-Bruno and Roberval along the way, the wolf cubs traveled in the comfort of their convoy of cars, decorated with spray paint and painter’s tape.

Their plan was to stop in front of the MNAs offices for a little under half an hour in order to chant “fuck Couillard” and distribute flyers demanding even more discriminatory policies from the new government. Alex Maltais even showed us his artistic side, graffitying a little wolf paw on the sidewalk. 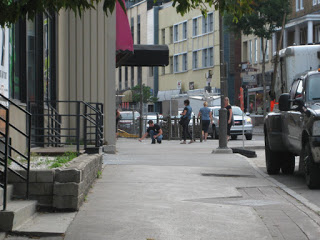 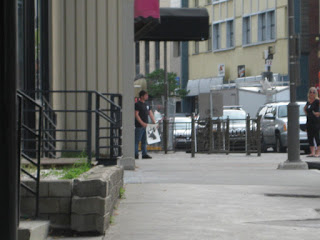 In Chicoutimi, in the morning, they were ten. Not a huge demonstration, but since the info had leaked, a group of anti-racist activists were also there to wish them good morning. Racist groups shouldn’t be able to take to the streets without an anti-racist counter-presence. The open presence of a group organized around hatred and xenophobia, as La Meute is, shouldn’t be tolerated, however laughable their actions may be. What would have happened if, Saturday morning, a person from one of the cultural communities hated by La Meute had found themself on Racine street? 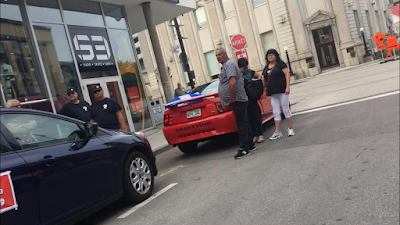 Therefore, groups of anti-racists enthusiastically removed several posters and flags that the racists had so skillfully taped to their cars. An activist even risked grabbing a flag attached to Marie-José Dufour’s car – (alias Marie Louve), Clan 02 chief – while she was inside, thus attracting her wrath. Infuriated, Dufour contacted authorities to lodge an official complaint about the material damages. 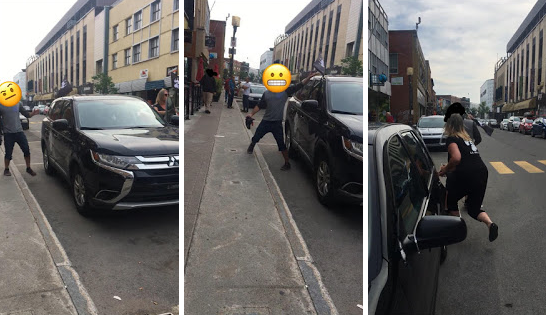 Nothing remains from La Meute’s stop in Chicoutimi, and that’s good. There’s no place for racism in our neighbourhoods. Concrete responses to every demonstration organized by hateful and intolerant groups is the only answer.

After the wolf cubs had departed, the anti-racists returned in order to clean up the logo left on the sidewalk by Alex Maltais. To their great surprise the graffiti had already vanished, leaving behind a puddle of water. What could have happened? Did Alex, knowing that the police were on the way, erase his work of art? Or did the police force him to do it? Or maybe other citizens decided to erase the racist group’s logo? The mystery remains. 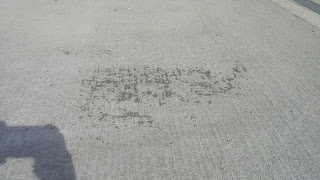