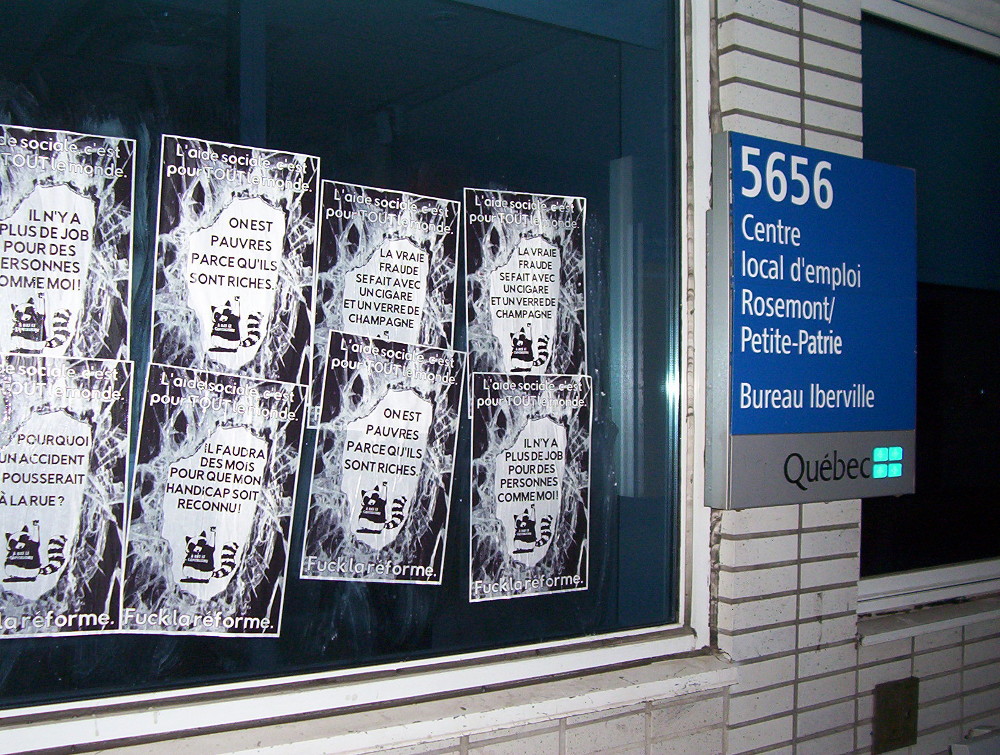 This morning, the Welfare offices of Parc Extension, Rosemont and Montréal Nord have been covered in posters denouncing the new welfare reform (statute 25). This reform is an attack against the most vulnerable amongst us, forcing those who actually live on a third of the low income threshold to get into employability training or get their check’s cut. This statute is particularly cruel as in increasing the work load of the government workers, it does not create any savings for the government, just even more miserable condition for the population.

The reform is also particularly vicious as it now forbids people to be out of the province for more than 7 days straight, which particularly targets migrant women whom have family outside of the province or country. In general, women are more affected by welfare cuts as they are more likely to depend on welfare to do unpaid domestic work : raise children, family support, etc.

Impoverishment in Quebec is constantly increasing. As wages stagnate, prices of food, housing and transportation keeps going up at a staggeringly fast rate. And the money goes in the pockets of the bankers that keeps on making record profits as the social net that long finished shredding is now replaced by consumer credit.

All attacks against the poorest amongst us must be denounced as they destroy the all of the other economic gain made by the population in the last years.As long as we’ll leave people in the most absolute misery, all our struggles for social justice will only give us short lived islands of temporary wealth. 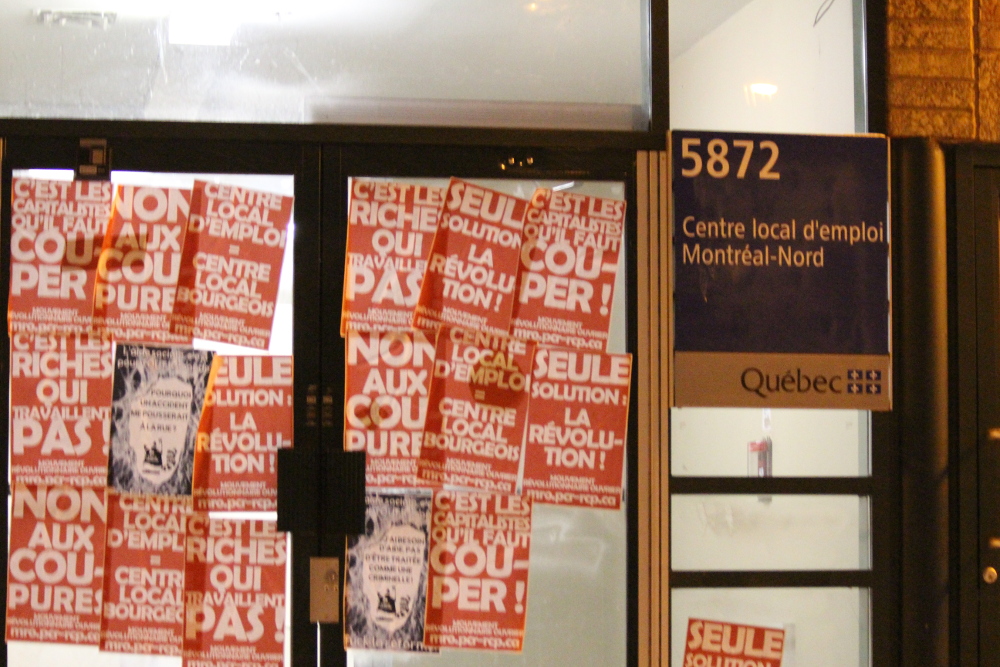 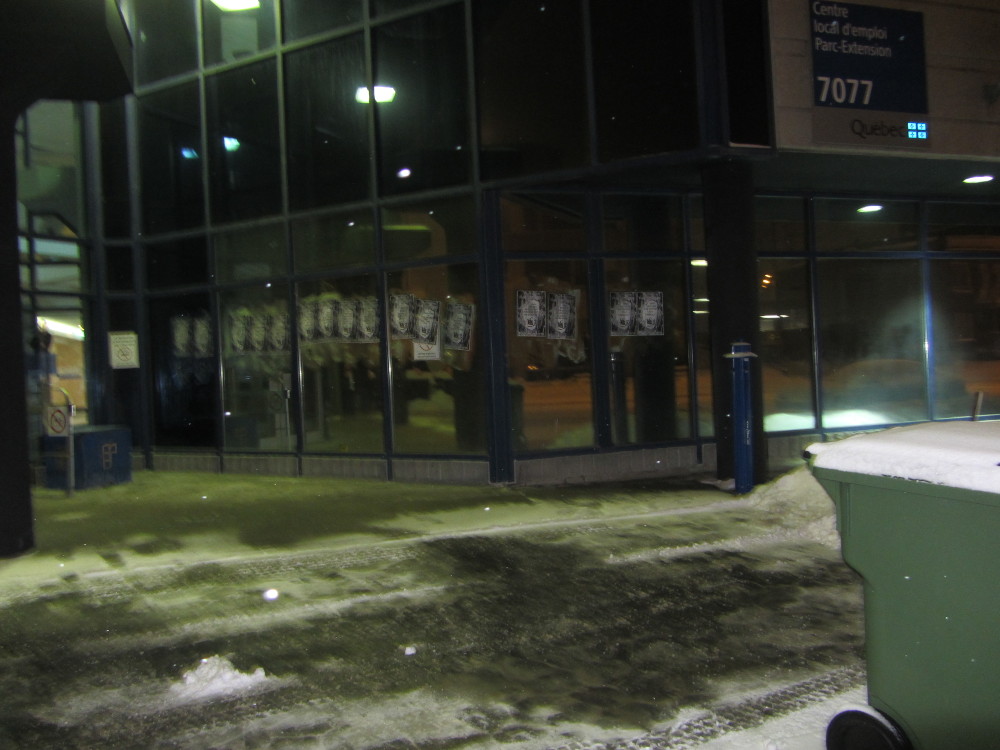