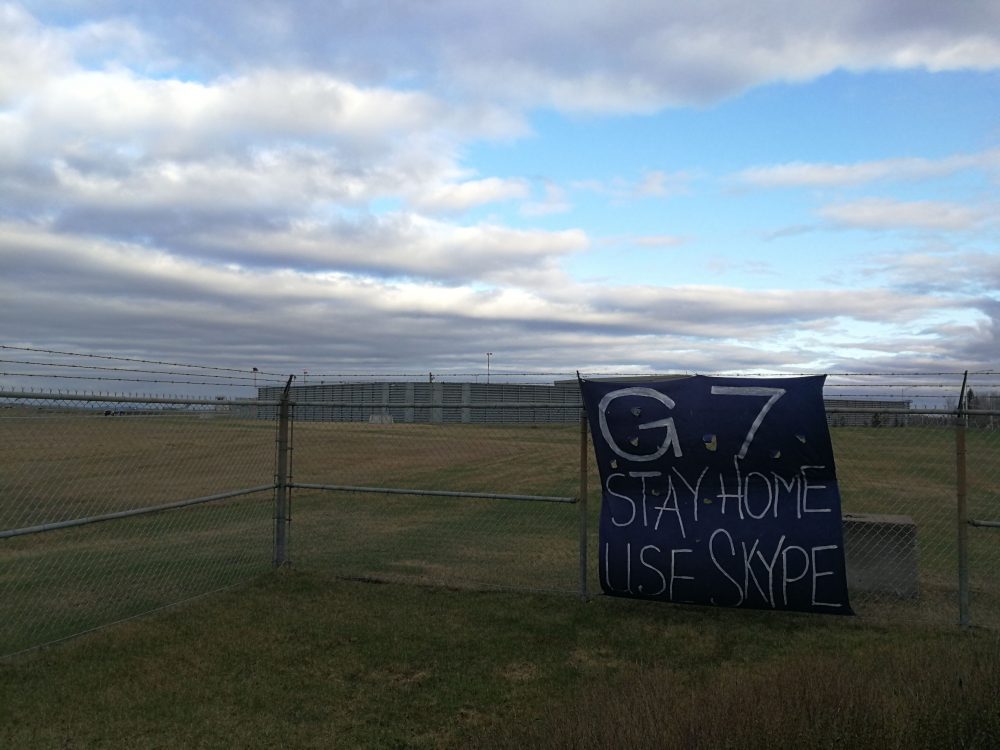 One cold morning, the anti-G7 collective « Saumons la terreur » spawned downstream to the Bagotville military base to drop its first banner: “G7, Stay Home, Use Skype,” in protest of the summit being held in June 2018 in La Malbaie.

We act to point out that the Charlevoix region is already completely paralyzed by drastic and disproportionate security measures put in place at a high price by the Canadian and Quebec governments to welcome dignitaries, even though a simple video-conference would have sufficed. We intentionally chose the Bagotville base, an important international entry point for the region, to show our disapproval of the arrival of these leaders and the deployment of the Canadian Forces to assure their safety.

It is deplorable that the media coverage of the issues raised by the G7 is practically non-existent. The numerous substantive criticisms brought forward by various community groups are barely heard in traditional networks of information sharing, drowned out by a campaign of fear brought to legitimize the millions of dollars sucked from public funds which will serve to finance the ridiculous security protecting this political masquerade.

The G7, under the cover of a peaceful and progressive agenda, seems to us to be nothing more than a manifestation of institutional violence. We believe that the countries forming the G7 constitute themselves the principal reasons that the world’s social inequalities exist. Other actions against the G7 are to be expected, both in the region and across the province.