line 9 shut off & line 7 valve tampered with in hamilton, on

our hearts were bursting with love and cheer after hearing of the many times our friends have courageously shut down pipelines in recent months.

so in the early hours of january 25,2016 we found our own courage and took action against enbridge and their line 9. slipping in to a valve station located on traditional Haudenosaunee Territory (in hamilton, ontario) we successfully operated an electronic valve to shut off the flow of tarsands crude in line 9. a line 7 valve, also an enbridge tarsands pipeline, was also tampered with and closed part way. we then disappeared back into the night.

we took this action to stand in unity with all those who have defended the land before us, and for those who decide to take action after us. we take it to fight against an industry that puts us at risk every day and subjects frontline communities to violence upon their bodies, communities and cultures – for profit.

so call us what you will, but we only do what is both necessary and right. our actions hurt none, but a lack of action hurts everyone.
may we all find the courage to actively resist & destroy exploitative capitalist industrial projects.

fuck enbridge
fuck the tarsands
and fuck all pipelines.

ps. for those curious to follow in our stead – enbridge thinks they’re being all smart by putting on large gold security chains (which can’t be cut with bolt cutters) and lockboxes on the gates. bypass these by cutting the fence itself. then all you need are some garden shears (to cut the very, very secure zip tie protecting the electrical panel), your wits and an exit plan. 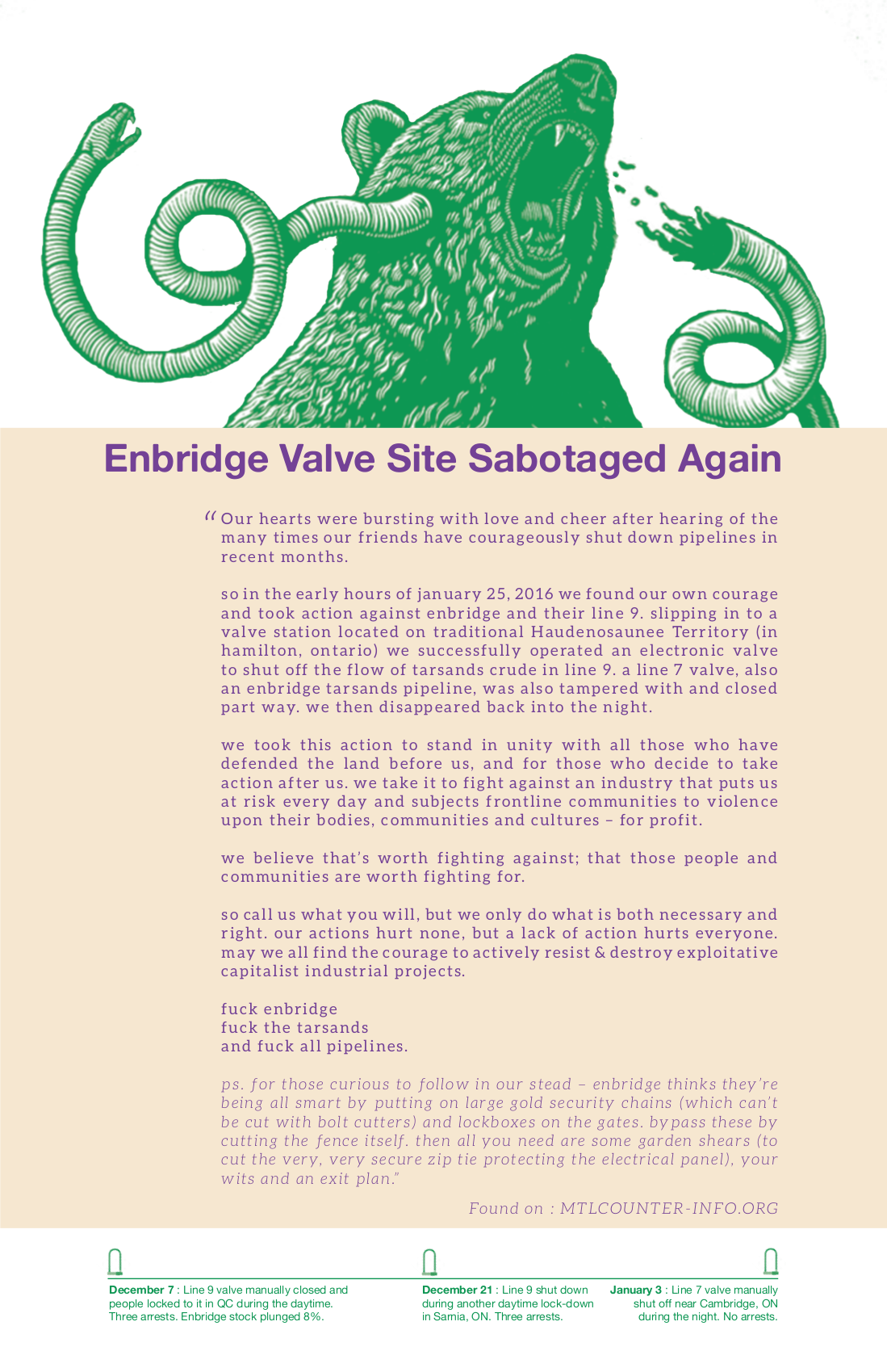