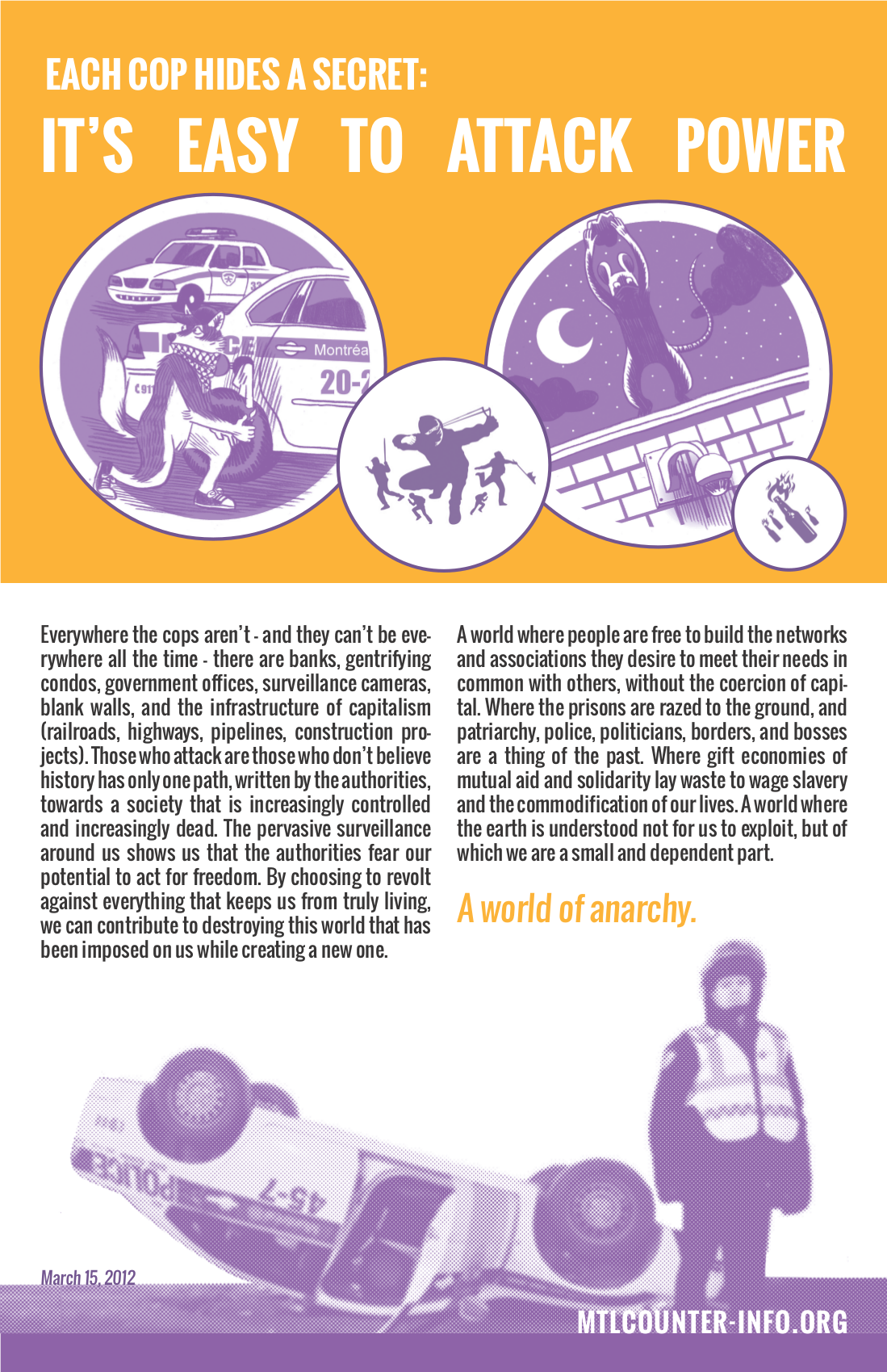 Everywhere the cops aren’t – and they can’t be everywhere all the time – there are banks, gentrifying condos, government offices, surveillance cameras, blank walls, and the infrastructure of capitalism (railroads, highways, pipelines, construction projects). Those who attack are those who don’t believe history has only one path, written by the authorities, towards a society that is increasingly controlled and increasingly dead. The pervasive surveillance around us shows us that the authorities fear our potential to act for freedom. By choosing to revolt against everything that keeps us from truly living, we can contribute to destroying this world that has been imposed on us while creating a new one.

A world where people are free to build the networks and associations they desire to meet their needs in common with others, without the coercion of capital. Where the prisons are razed to the ground, and patriarchy, police, politicians, borders, and bosses are a thing of the past. Where gift economies of mutual aid and solidarity lay waste to wage slavery and the commodification of our lives. A world where the earth is understood not for us to exploit, but of which we are a small and dependent part.

A world of anarchy.