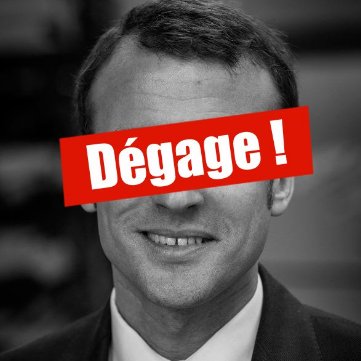 Band of buffoons, did you really think we would allow your little clique to hold its event, while you’re trying to destroy everything we have built?

Driven by the force of the intergalactic call for solidarity with the ZAD, we decided to intervene during a 5 à 7 of En Marche (yes, they come bother us all the way in Montreal) to remind the Macronists that the nauseating odor of the shit they spread will always come back to their nostrils.

Whereas all across France the Macron government pathetically tries to crush strikes and evict our friends on the ZAD and in the universities, it was the En Marche shitbags’ turn to be evicted.

While our festive arrival and playful chants seemed to cheer them up momentarily, their coldness took us by surprise when they received stink bombs, firecrackers and insults. We would have thought they would be more favorable to the use of violence seeing how their monarch is deploying his attack dogs against the movement.

Our lives are beautiful, and they are worth defending.

The resistance is on the march: because it’s our project!

[Crimethinc recently published an excellent historical overview of the struggle on the ZAD, including a critical look at events of the past few months that should be the subject of discussions within our struggles.]