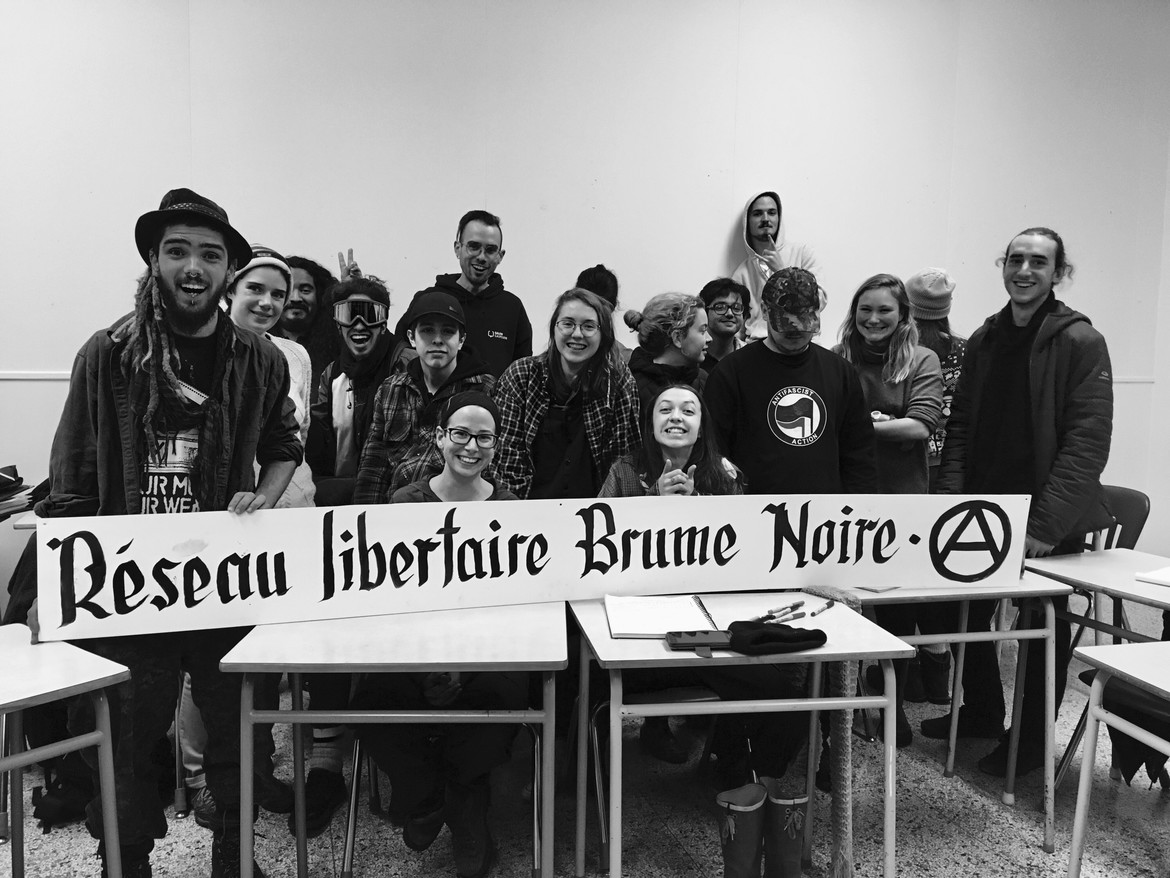 From the Réseau libertaire Brume Noire

The ‘Réseau libertaire Brume Noire’ is officially launching. Every step forward demonstrates the need for solidarity and awareness in the Gaspé (Gespeg) region. Being a citizen group, the collective does not use the many funding that the government offers to companies or organizations. In fact, we try to do things by ourselves and for ourselves. That’s why we appeal to you as well as to the big world of internet to invite you to participate and share our campaign of socio-financing!

Collectivism helps us find people and equipment around the region. Many people support their presence or volunteer work. In order to spread this popular education and to promote libertarian values ​​to all, some funds are needed for reasons such as:

To support the crowdfunding campaign, you can visit the fundrazr page of the Network to buy a sweater, tights or simply make a donation of the amount you want. Every dollar is important to us! You can also share the campaign or like our facebook page. Here are the links:

‘If I can not dance, I do not want to be part of your revolution.’ – Emma Goldman

From the Committees for Territorial Defence and Decolonisation [Facebook page]

Last summer, a barricade stopped gas extraction by the petroleum company Junex at the Galt site, near Gaspé in Quebec. Ever since, the River Camp, established not far from the blockade, continues to keep watch over the territory. We are asking you to join the camp and make it vibrant. The takeover of this region by oil companies and its destruction are not a fatality. Only a sustained presence can put an end to the destruction of the rivers, forests, and all forms of life. Defeating the dispossession of the region’s inhabitants and the pillaging of unceded and unconquered Mi’kmaq territory is possible.

The River Camp held on through the fall and winter. As well as being a site of resistance, the camp became a place of meetings, exchanges, and popular education warning against the predation by oil companies on the Mi’kmaq territory of Gespegewagi. Since the end of May, the Quebec government has made known its intention to evict the camp which is on so-called public lands. This threat does not scare us, it only signals a desire by Junex to start drilling again. Everyone who cares about protecting the land and creating new solidarity between settlers and indigenous peoples is called to join us to continue building a front against extractive industries.

The defence and decolonisation of territories require more than an individual, moral, or theoretical stance – it implies physical presence and confrontation with the destructive forces of capital and the State. All decolonial or ecological critiques that motivate our mobilisations are worth nothing if they can’t be deployed during significant political moments. Such events are the perfect occasion to invent new practices of resistance and create new bonds

In view of the imminent resumption of drilling, our pursuit of solidarity on Turtle Island brings to question our ability to lead struggles on a level with the current catastrophe. The fantasy of alliances between political tendencies, like those between settlers and indigenous peoples, must make way for concrete and continued engagement on the ground.

The colonial machine is ravaging the world by its extractive economy in a sempiternal process of deprivation and destruction. The struggle against this disaster, in solidarity with the historic guardians of the water and the land, constitutes a meaningful opposition to a dispossession of more than 500 years. The defeat of the modern/colonial project will only be possible by means of concrete actions leading to a radical transformation of land use.

The River Camp is anactualisation of that project.

The call is out! In order to persist, and build force in the region, the River Camp needs renewed energy over the course of the coming months. This is an invitation to those willing to spend a few days at the camp or stay for months or even years. All contributions are welcome.

THE CAMP IS LOCATED ON ROUTE 198, 20 KM NORTH OF GASPÉ AND 60 KM SOUTH OF MURDOCHVILLE

Bring your tents, hammocks, friends, and everything necessary for the upkeep and expansion of the camp: food, materials and tools for construction or mobilisation, as well as everything that is necessary to sustain your life form.

To join us, you can write at the following address: campdelariviere@gmail.com or on our Facebook page Camp de la Rivière.

For help in forming Committees for Territorial Defence and Decolonisation in your neighbourhood, your reserve, your city, or your region you can contact us at the following address: cddt@riseup.net or our Facebook page Comités de défense et de décolonisation des territoires.