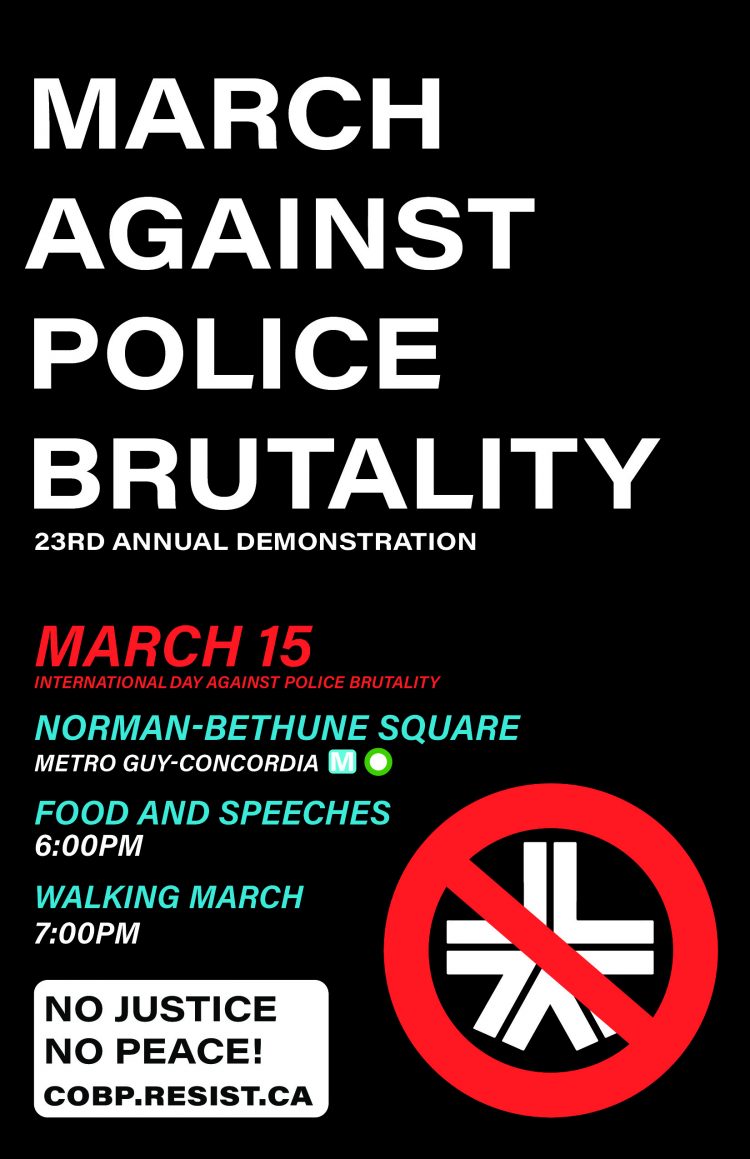 From the Collective Opposed to Police Brutality

As is the case each year, the COBP organizes a week against police brutality which starts on March 8th and ends on March 16th, 2019.

State brutality must be denounced, whether this brutality is coming from police, politicians or judges. Especially considering the massive over reach of the criminal injustice system this year alone.

Because the judiciary system, the political system, and their state agent lapdogs (RCMP, SQ and SPVM, etc.) have nothing to do with protecting minorities. Their role is to answer to the needs of the better off: the rich and privileged. Their role has nothing to do with justice, and all with the defence of the castle of the privileged. A castle which is, every day, less sustainable, and less acceptable.

There cannot be peace in a system who keeps acting unjustly and refuse to admit it. It is a sanpshot of justice built as a system. And an unjust society cannot be peaceful.

NO JUSTICE? NO PEACE!

* As an organization, we recognize that all the events of the Week against police brutality take place on unceded Kanien’kehá:ka territory of Tio’tia:ke, here on Turtle Island. As an organization, we express our solidarity with local and global native communities in their struggles for their right and we honor the guardians of this territory.

**Sexual abusers are not welcome to the activities*