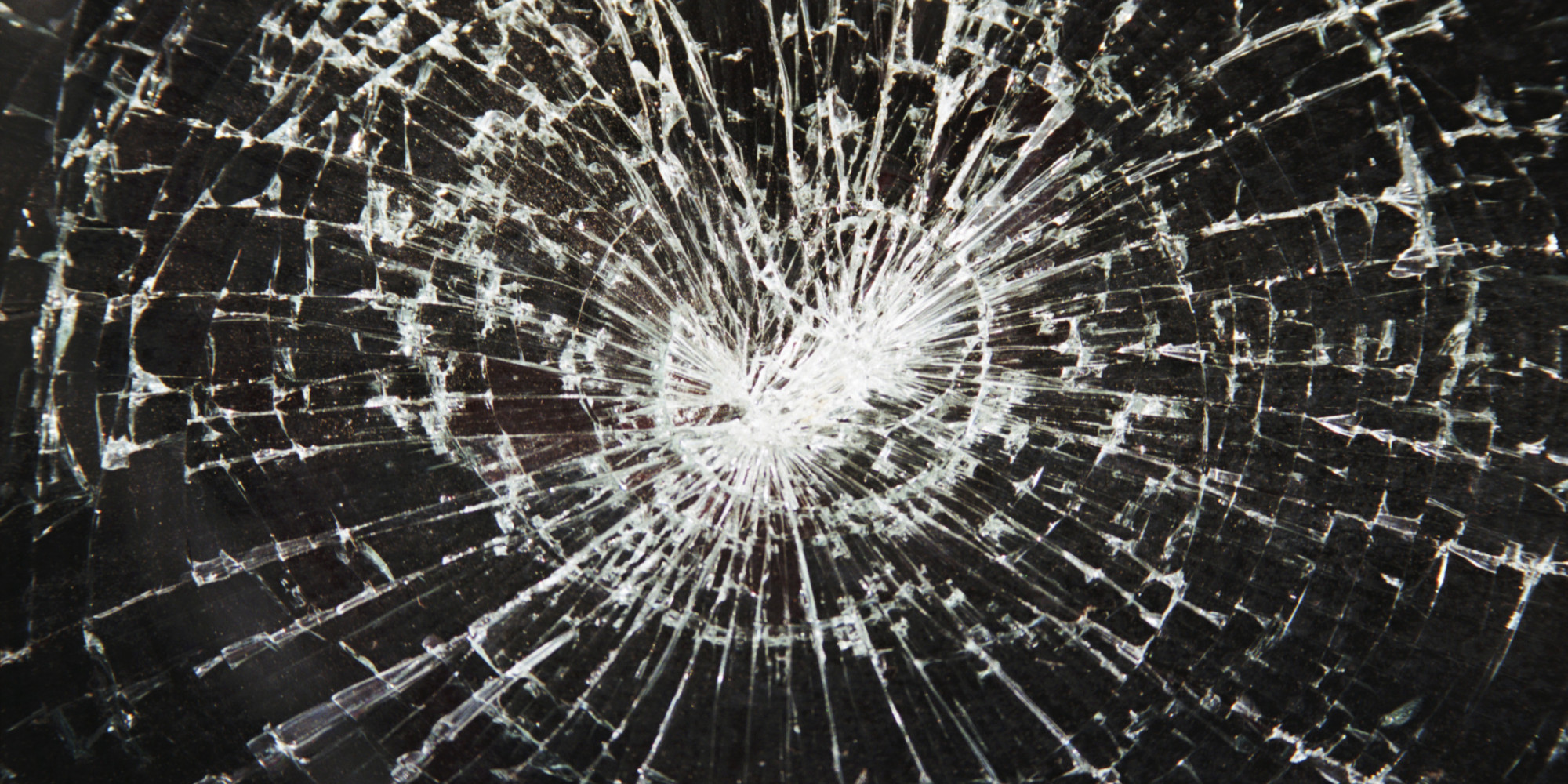 We’re hoping to engage in a dialogue we have until now chosen to avoid.

The cliques rub shoulders with each other, but struggle sometimes to communicate and often don’t speak the same language, in either words or gestures. The present text is about making clear what we have in common and what separates us. Certain unaddressed tensions have lead to far too much shit-talking, gossip, bad faith remarks, half-reflections, and security breaches. Some people want to see in these sometimes vehement exchanges simply interpersonal conflicts, but this understanding empties all political content of the critiques thus put forward. To avoid that all this be reduced to gossip and late-night debates, we want to identify the lines of tension, to politically name the points of rupture and look for which ways we can collectively grow more powerful. Our intention here isn’t to “denounce” certain practices or to discourage friends from reproducing them, but to avoid the fetishization of smashing windows and to constantly and collectively reflect the benefits and costs of our actions.

We start from the observation that we have a shared visions on the means of action: we have more than often met in the street, our living rooms or at the cafe to conspire. The point of friction isn’t the legitimacy of violence, of direct action, or the importance of public opinion. Illegalism allows to break with the figure of the citizen, with the State and capitalism, to escape their hegemony. We nonetheless think that direct action, destruction, or illegality doesn’t have a revolutionary significance in itself. There isn’t a magical reaction that happens when we break a window, no contagious destruction that goes beyond itself and proliferates without us understanding how. Propaganda by the deed is good, but still, it’s necessary to make sure it works. To have resonance, our actions must be communicable, to make sense for others, they must be intelligible. The mystique of an insurrection that spreads, we must understand it, demystify it, analyze it, and foresee it.

The idea is to identify how the political context and the relations of force shift to wisely guide our choices in our means of action. It means to be in constant search for acuteness. In our view, it’s only thus we can manage to inspire, to aspire to other possibilities. We are not advocating for patience and moderation, waiting for a context that will be more favourable for us. On the contrary, we’ve had enough being on the heels of a context, waiting for a student strike or the construction of a pipeline, enough to struggle to barely keep one’s head above water with each wave of repression and burning ourselves out in actions that don’t resonate outside of our clique of insiders. The context that favours us, the arena where we fight, the territory we inhabit, it’s ours to create. It’s necessary to understand it, to know it like the back of one’s hand, to learn to draw it’s contours, to trace it’s direction. It is necessary to always be one step ahead on the recuperation of our struggles, on repression, to be aware of the sensitive changes in the relations of force that we seek to overturn. It is necessary to predict the consequences of our actions, to learn to recognize what benefits us and what harms us, to play one’s card right no matter the situation – changing the rules to get there. It’s necessary to conspire, to be strategists and not only tacticians. Not strategists at the head of an army, but an army of strategists.

Certain discussions, notably during our gathering last summer, struck us with a disconcerting dogmatism. We don’t believe that there exist pure ‘anarchist practices’ nor anarchist struggles ‘in themselves’: there are anarchist perspectives on struggles. To hold onto the fantastical purity of certain types of action, outside of any relation to a context or a struggle, only elevates them as a dangerous fetish. Quickly, we start to think of action for action’s sake, rather than for the power that we can get from it. An accomplished action calls for the organization of the next, without ever anchoring itself in a more long term perspective. We then enter a spiral, where every question or critique is perceived as a disengagement from the struggle and the affinity group. A balade is organized without really asking ourselves if it’s a good idea to finish it in the middle of a children’s party.

To speak of an act of war while claiming the vandalism of five businesses also pertains to this fetishism of means of action as much as it is a pretentious and dangerous terminology. To content ourselves with this is to accept the staging[1. Transl. Mise en scène – to put on a performance, to stage a play] of our power, it’s to content ourselves with the spectacle of our own radicality. Creating a climate of insecurity in the neighbourhood by maintaining a constant level of vandalism is one thing, claiming actions in grand pomp and making sure it does waves in the public space is another.

What gives us power is not the level of preparation of a clique of experts in destruction. Power is found in the common, in the sharing of our subversive relationship with the world. As long as the anarchist project presents itself as an individual undertaking, even through an affinity group, it remains at most liberalism, no matter how radical. If the insurrection is not a concept, it’s also not the project of individuals in struggle. Power is the feeling to be part of a force that surpasses us, that transcends us, that defines us just as much as we define it. It’s not in social movements that we look for it, but rather in insurrectional moments. It is in these we understand the irremediably common aspect of the struggle, that the will to attack the police and capitalism is shared by all those who take part in it, that we recognize between friends. It is then that is created this shared feeling to take part in the perpetuation of a culture of resistance against capitalism, the relations of domination that result from it and all other systems of oppression. Power and community of struggle identify without residue.

We can’t content ourselves with the feeling of power and the joy that we feel when attacking a business or by lobbing stones at the police. It is mandatory that we give ourselves the means to win. Let us be clear, we demand nothing from the State or capital. It’s not a matter of asking for social housings and then a self-managed neighbourhood and then a life without work. Winning means to increase our collective power. Four years after the strike of 2012, we can affirm that the political friendships that we gathered made it a “victorious” struggle. The months of April and May of that year saw moments that were properly insurrectional, not only in the sense that shit was popping off every night, but also in the sense that our relations were defined in function of, by and for the strike. Certainly, we must not lose ourselves in the reproduction of past struggles, like so many recipes to reproduce, and it’s necessary to cultivate a feeling of rupture with power. But we must take ourselves seriously, to be at the height of our adversaries. This means sometimes attacking where they’re not waiting, to surprise them and fool the anti-insurrectional apparatus that begins to be bloody well functioning. Like it or not, we’ve got to admit to ourselves that if there’s one thing that power knows how to manage, as much in the discourse as in the effective repression, is a crew of friends who isolate themselves in illegalism. We must be talented, intelligent, sometimes inflexible, sometimes indulgent, but always strategists. We must stop planning our actions as if we’re doing them out of spite, by default at best. We must pierce through the spectacle of our power and our actions. It is thus we will make ourselves available to the joy of resisting, that is to say the will to win.

It doesn’t suffice to light matches randomly in the middle of the night, asking ourselves if this time the blaze will take. To start a fire, it takes wood and oxygen. This fire we want to start, it is the only one that can shed light on the fissures that crack capitalism. It’s that of revolution. Not the Revolution of the RCP or a Grand Soir. The revolution is the force that animates us, that gathers us and moves us.  It’s that of meetings, of conspiracy, of caucuses, and of planning. It’s that of the putting in common[2.Mise en commun] as much the means of production or theft as the development of a power that is born in the trust that we share. It is not a horizon to reach, but a process in itself, a struggle against power ceaselessly being renewed. It is above all not the cessation of several grouped individualities opposing capitalism. It is the creation of a culture of struggle able to continuously bring wood to the fire, for a fire does well without matches.

The points, knots, or focuses of resistance are spread over time and space at varying densities, at times mobilizing groups or individuals in a definitive way, inflaming certain points of the body, certain moments in life, certain types of behaviour. Are there no great radical ruptures, massive binary divisions, then? Occasionally, yes. But more often one is dealing with mobile and transitory points of resistance, producing cleavages in a society that shift about, fracturing unities and effecting regroupings, furrowing across individuals themselves, cutting them up and remoulding them, marking off irreducible regions in them, in their bodies and minds. Just as the network of power relations ends by forming a dense web that passes through apparatuses and institutions, without being exactly localized in them, so too the swarm of points of resistance traverses social stratifications and individual unities. And it is doubtless the strategic codification of these points of resistance that makes a revolution possible, somewhat similar to the way in which the state relies on the institutional integration of power relationships.