As a gesture of solidarity with the First Nations of Standing Rock, a group of 15 non-native militants blocked the railroad tracks in Pointe-Saint-Charles around 4 PM on November 15. The action lasted for around twenty minutes, during the busiest time of train circulation in Montreal. Police threatened to intervene from the moment when a train of commodities was forced to stop.

The demonstrators unrolled three banners, as well as one on the viaduct of rue Wellingston, while a solidarity gathering of 60 people in the parc de la Congrégation supported the action on the rails. 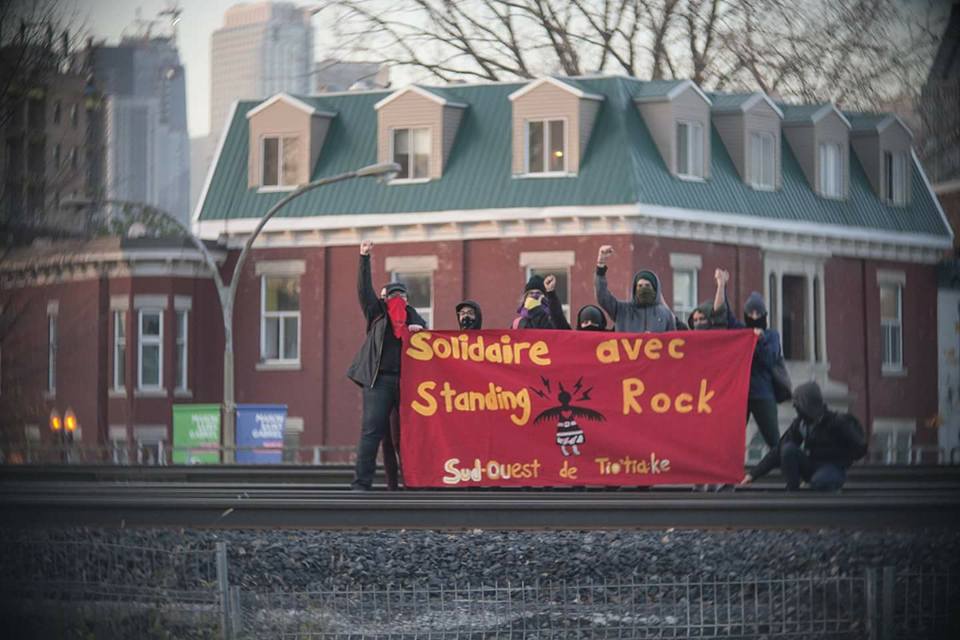 This solidarity action intends to support the indigenous struggle of North Dakota which is currently blocking the construction of a pipeline that threatens local communities. A militant of Kahnawake was there to support this action in solidarity with Standing Rock. 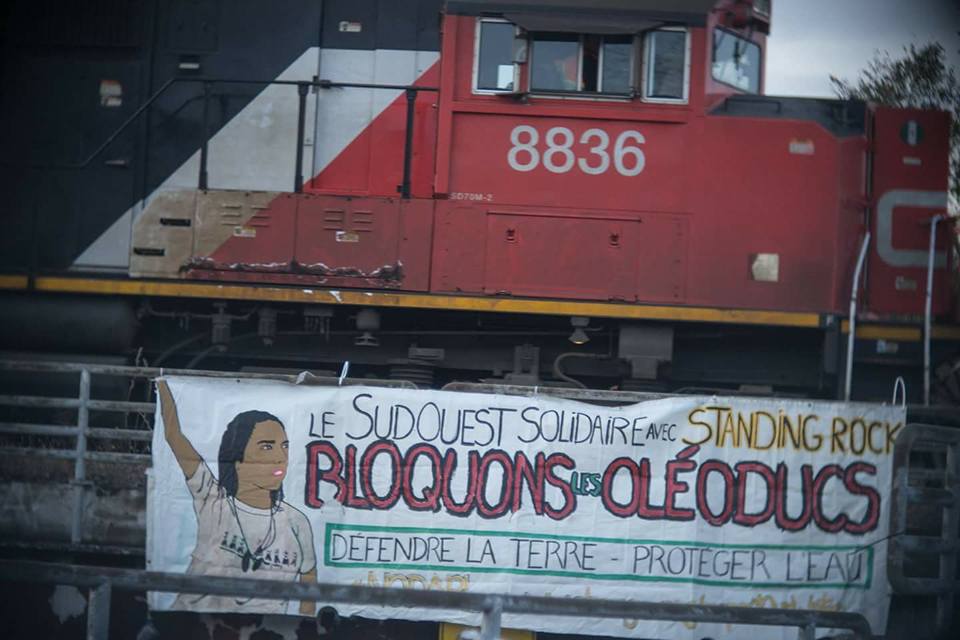 For militants and citizens, who are increasingly refusing the passage of pipelines to protect the water and their territories from potential oil spills and contamination, direct action and solidarity throughout Turtle Island between natives and non-natives have become the only way to block the expansion of the oil industry, whether it be through pipelines or train tracks, where bombs on wheels circulate at the heart of our communities.

In short, “death” oil must stay in the ground, and we must orient ourselves towards sustainable energy. Militants from everywhere across America know that the struggle will be long and the battle will be hard, because the oil industry supported by the banks and the governments is particularly powerful.

In this battle, the militants assert that we must win, if only to protect the present and future community everywhere in North America. “And we will win”. This was the sentiment shared by many at the gathering and in the demonstration that followed in the neighborhood of Pointe-Saint-Charles. 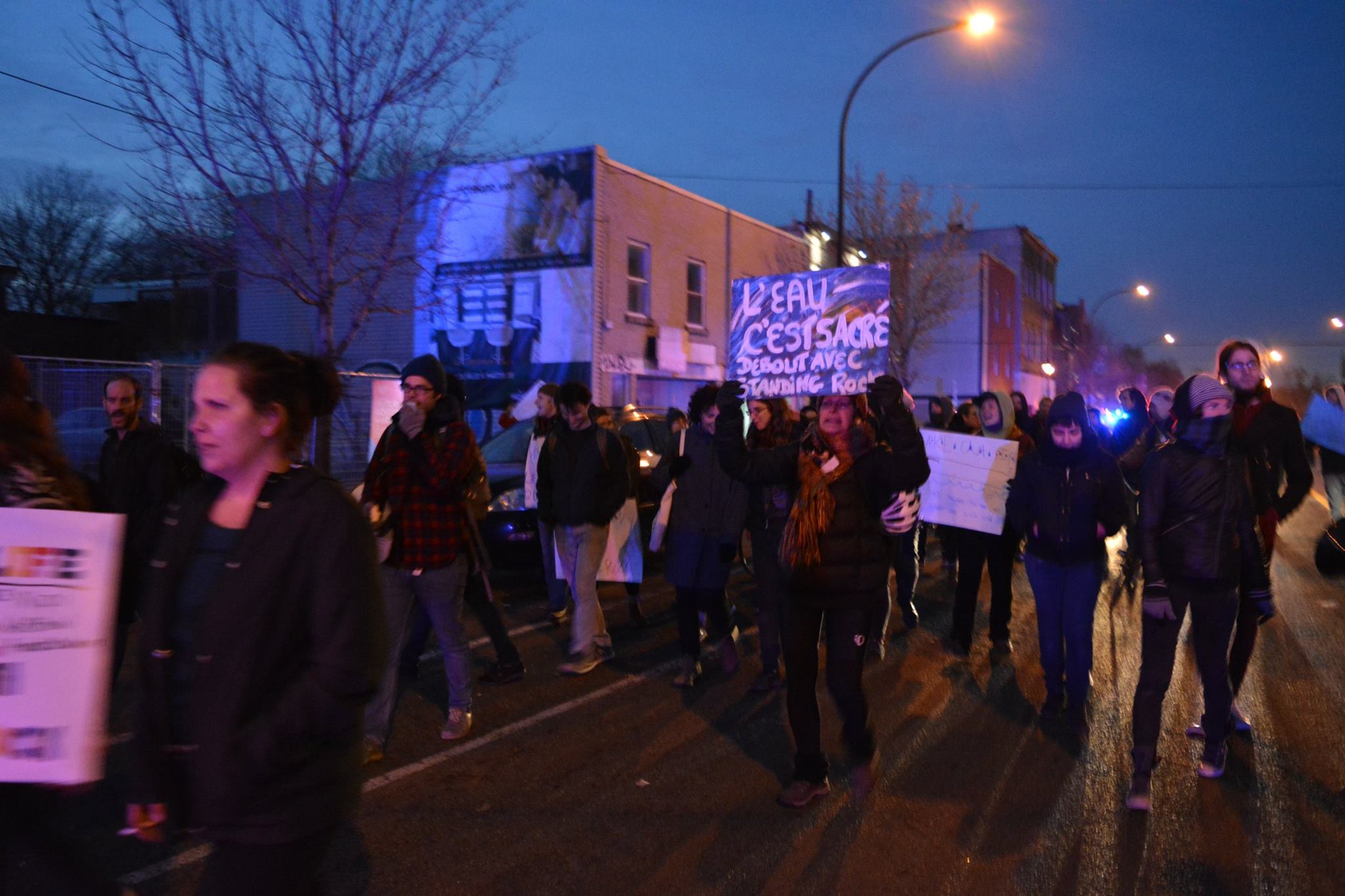