This year, the Anarchist Film Festival is 3 evenings of radical movies, from May 20th to 22nd. We’ll close the festival with a party on sunday night at Café l’Artère!

The complete schedule is on our website, Projections insurgées

Sunday, May 22nd at Café l’Artère + Closing Party at the same place !

The Anarchist Film Festival is back for its second year! In may 2016, the Insurgent Projections collective will organize for the second time the festival aiming to promote radical indepedant media and spaces where discussions and subversive ideas can flourish.

Formed in so-called Montreal during the spring of 2014 by Medi@s Libres, subMedia.tv and Ni Québec, Ni Canada, the folks who inhabit Projections Insurgées continue to recognize the vital importance of radical independent media and still work to build places where beautiful and dangerous ideas can live. 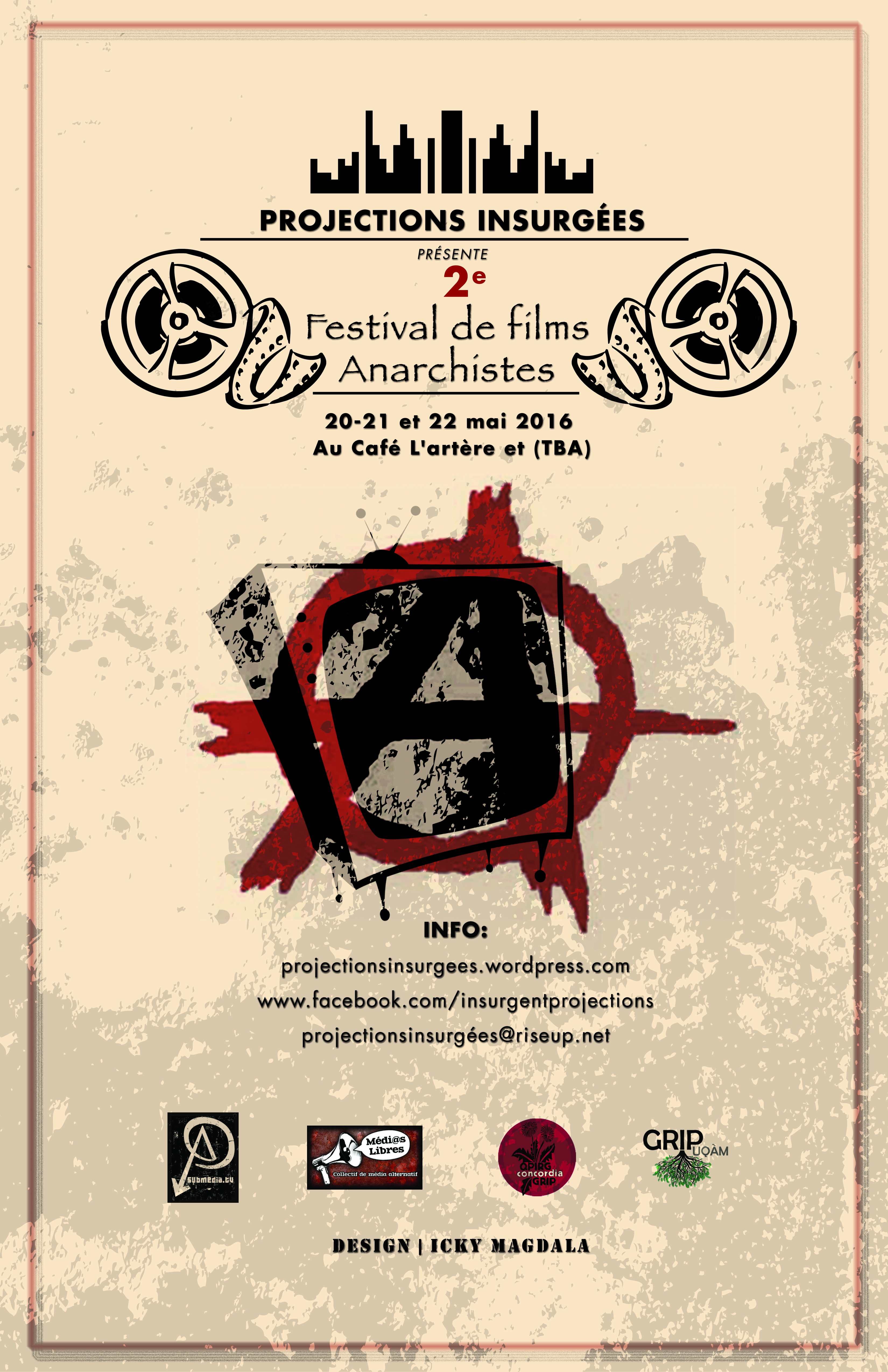