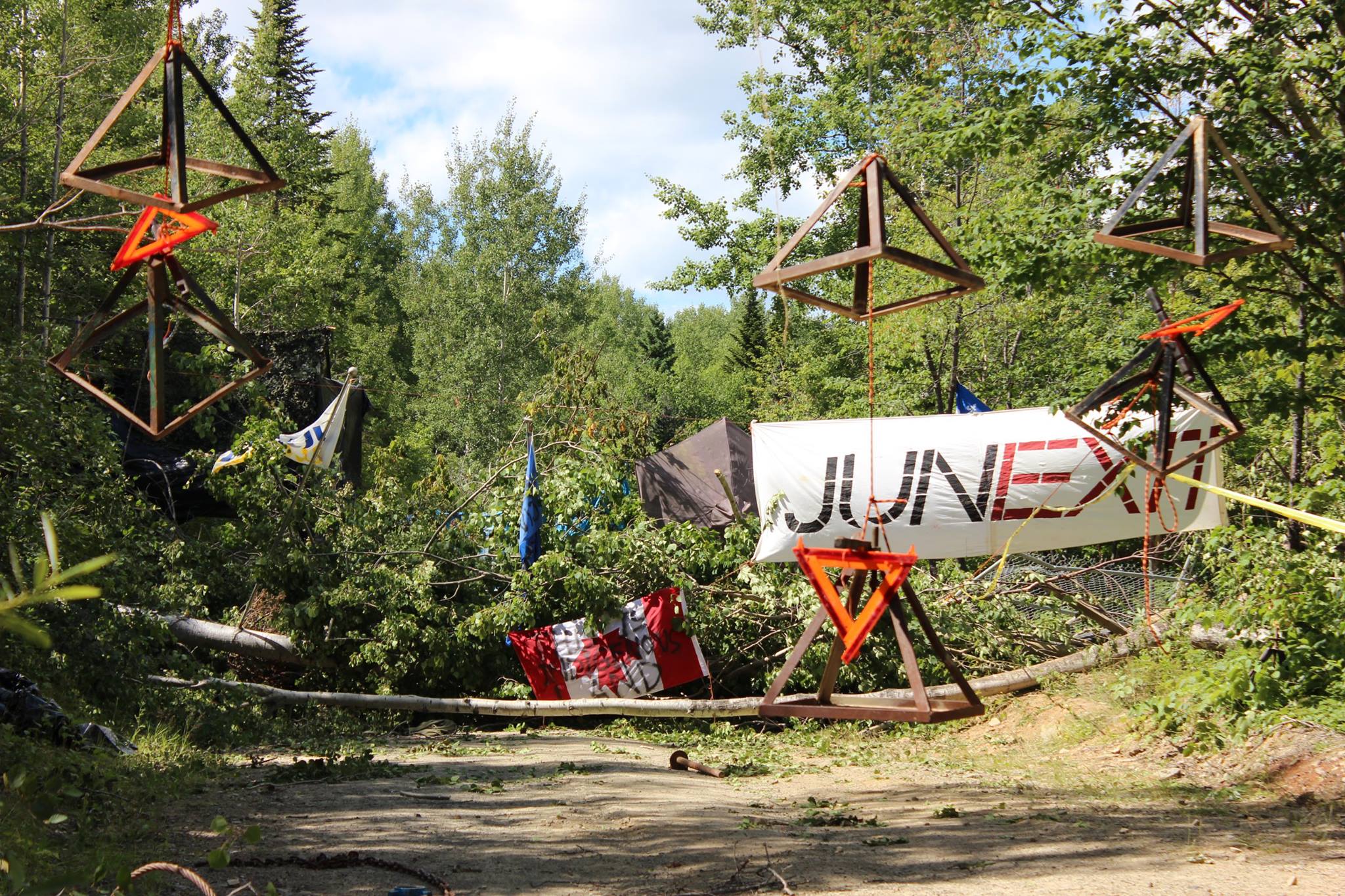 I, Madonna Bernard, as a Mi’kmaq, of the Unamaki territory, and as a land / water protector, stand in solidarity with the people of Gaspesie for standing up again Junex to prevent them from drilling for oil on Mik’maq territory, land of the 7th district in Gespegawagi.

We will support any defenders of Mother Earth. It is our inherent right and duty to protect Mother Earth as indigenous people. We cannot leave it up to the INAC system and the government to protect the environment, because it is a corrupt system. Their only goal is to make money no matter the cost to the environment and future generations.

So I applaud and stand in solidarity with them for their stance against Junex. We have the same fight against Alton Gas here in Sipekne’katik district in Nova Scotia. Treaty supersedes all other laws in so called ‘canada’ and it is time for all indigenous nations and allies in Turtle Island to come together and unite against canada the corporation to protect the environment and future generations. The INAC system was set up to get rid of the ‘indian problem’ and many of our people they are so colonized into believing in the system we are being assimilated into regular society.

The INAC chief here in this district is supportive of Alton Gas and the KMK (the ones so called in charge of our Mi’kmaq rights) have given permission to this company to move forward, but we as grassroots indigenous people did not give our consent for KMK to deal with our inherent rights, and to make backdoor deals and filter money to the INAC chiefs to sign away our rights. Our treaties protect ALL people, water, land, air, and animals to thrive and live together in Peace, Harmony, and in balance with one another.