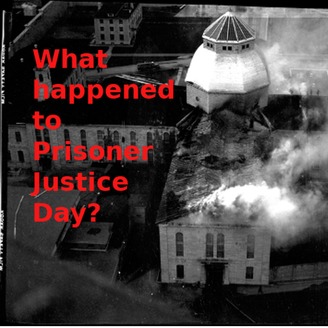 From End the Prison Industrial Complex

EPIC recommends this excellent new mini-series produced in Montreal called “What Happened to Prisoner Justice Day?” for anyone wanting to learn more about the history and context of the prison movement across so-called Canada since the 1970s. From the description:

This is a mini series about the history of prisons in canada focusing on differences in the prison system in the 1960s-1980s versus today. The podcast features interviews with former and current prisoners, as well as supporters on the outside. For those new to prison history, Prisoner Justice Day, also called PJD, started in 1975 on the one year anniversary of the death of Edward Nalon, an inside organizer who bled to death in a segregation cell in Millhaven Maximum Penitentiary on August 10th, 1974. Prisoners refused to eat and refused to work to commemorate Eddie’s death. In May 1976, Robert Landers, who had been actively organizing in Archambault Pen before being involuntarily transferred to Millhaven, died in a segregation cell in Millhaven after repeated calls for medical help met no response. In June 1976, prisoners in Millhaven launched a call for support for their one day hunger strike in remembrance of all prisoners who had died inside – to take place on August 10th. Word spread across the country and, in the end, thousands of prisoners participated in the one day hunger strike and supporters on the outside organized events on the outside. A lot has changed since the 70s, not just in prison, but outside of prison. While respecting PJD remains important to many on the inside and outside, the numbers of those participating are nowhere near the numbers involved in the 70s and 80s. This podcast mini-series sets out to explore why that change has occurred.

To listen, search for “What Happened to Prisoner Justice Day” in your podcast app or visit https://prisonhistoryca.libsyn.com/