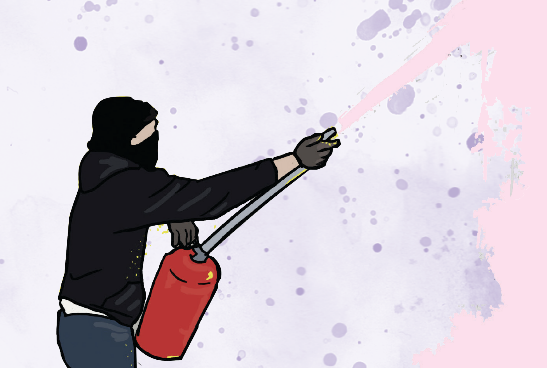 In the early morning of September 30, with the help of a fire extinguisher filled with paint, we repainted brown the exterior façade of JS RP Tech Informatique, owned by Robert Proulx, located at 6117 Bélanger. Robert Proulx is an active member of La Meute, involved with security.

Contrary to what they chant in the media, La Meute is an Islamophobic and racist group, using a media strategy to spread far-right, anti-immigrant, conservative ideologies, and which promotes white supremacy. Almost all public personalities of the right-wing in Quebec are members. Its idols being politicians like Marine le Pen and, Donald Trump. La Meute, with populist discourses that democratically demand the “freedom of expression”, revives the currents of the far-right in a frightening way. Several members are inspired by figures advocating for racist murder and the return of slavery, such as the KKK or Adolf Hitler.

Against the re-emergence of the far-right, there is no mercy. We will do anything to discourage them. We are extremely aware that these ideas have the capacity to wreak havoc, especially in the current context, while every day the media propagandizes against Islam, awakening the Western patriotism that justifies the war against the Islamic State and the military occupation of the Middle East. The spreading of racist ideas contributes to reinforcing the national identity and maintaining an exploited class of proud whites.

We chose to vandalize this store the morning of a right-wing anti-immigration demonstration at the border post of Lacolle, organized by Storm Alliance, another far-right group. Interestingly, Robert Proulx was present. It appears that, on Facebook, he accuses Jaggi Singh as responsible for the vandalism. Well, we don’t know Jaggi Singh. We self-organize, autonomously and informally. Everybody hates racists and Robert Proulx.

We won’t let a racist discourse take more space. We hope that the message is clear.

Welcome to all immigrants, refugees, and people without status. Fuck the borders. Fuck Quebec, fuck Canada, fuck white supremacy. Solidarity with indigenous people in struggle for their autonomy and dignity.

Here’s a poster to put on the walls. 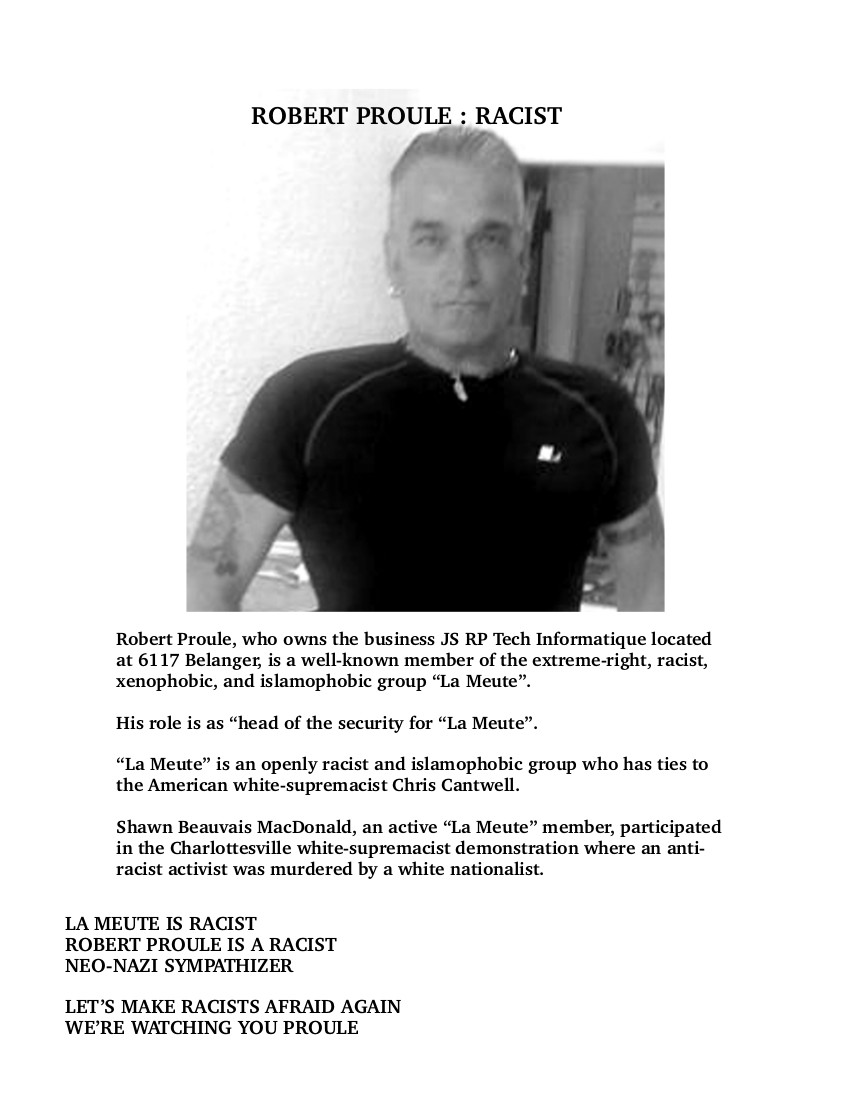