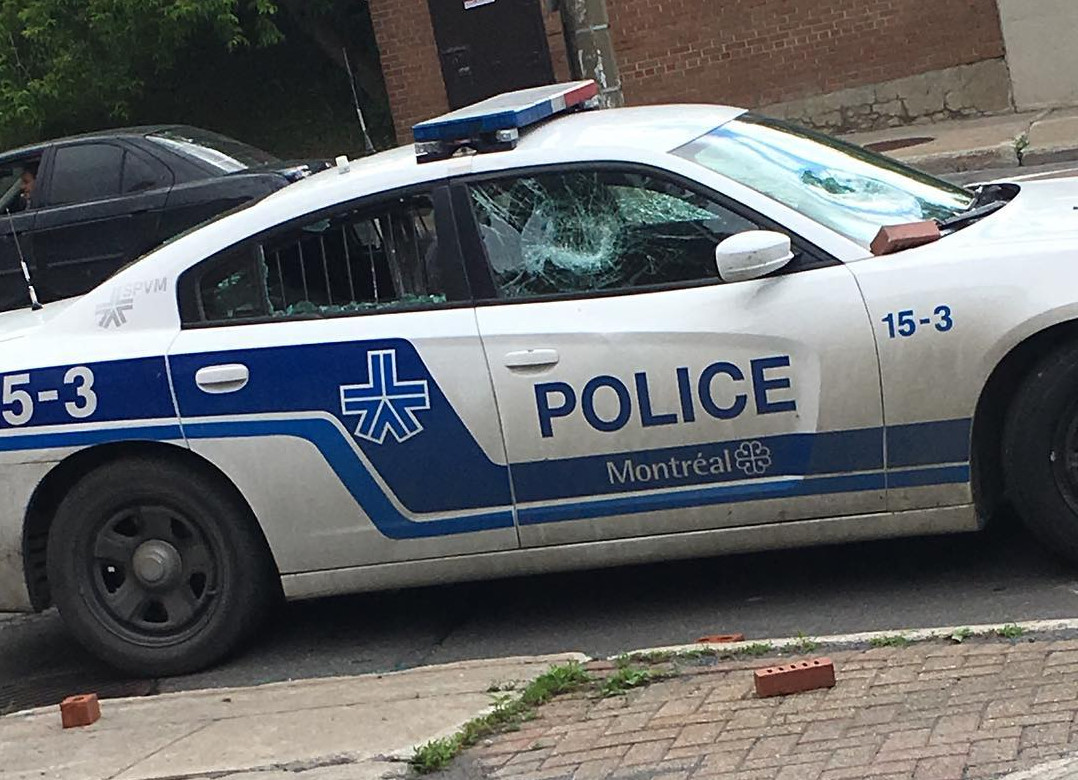 During the morning of June 21, a police car was attacked with bricks in the neighbourhood of Pointe-Saint-Charles. The circumstances of the attack are unknown, as it hasn’t been reported by the SPVM or the media. This begs the question of how often similar acts occur without anyone hearing about them, because they are invisibilized by the institutions that control the flow of information.

It’s impossible to say what inspired such an action yesterday morning and we want to avoid the trap of imposing a political narrative where there isn’t necessarily one. Nonetheless, hearing of this trashed police car brought us feelings of elation and inspiration. We publish this photo because, no matter the circumstances, it’s encouraging to see people fighting back against such an age-old enemy.

We hope to see resistance multiply to the daily violence of police. We want fear to change sides.