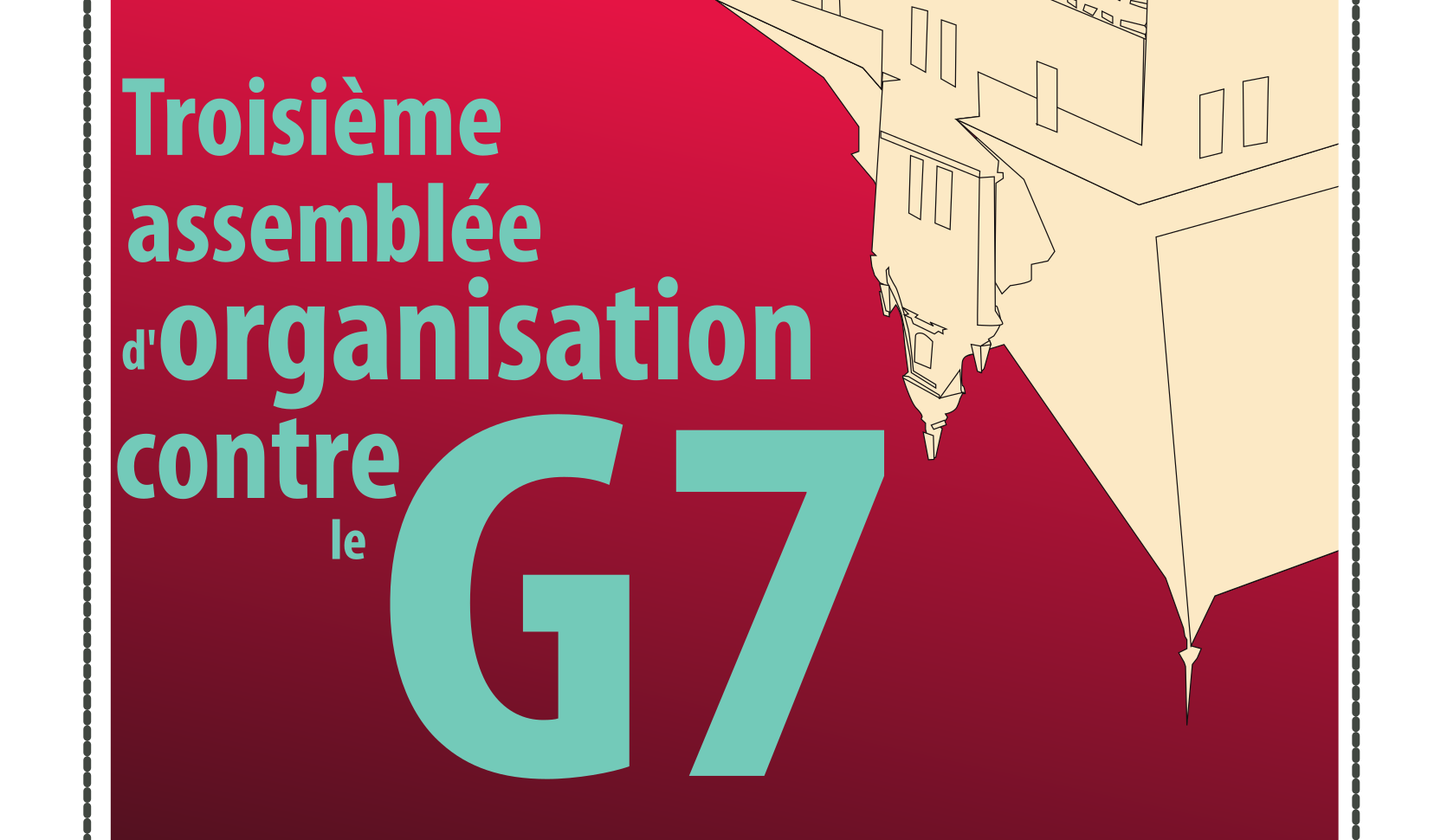 The Réseau Résistance Anti-G7 (RRAG7) invites you to an organization assembly against the G7! The annual G7 meeting will take place on Friday, June 8th and Saturday, June 9th at La Malbaie, at the Richelieu manor, near the casino. Is there a better place to receive the corruption and collusion from the richest and most powerful of the world than a gambling den? The G7 meetings are critical for splitting the world between these seven presidents and prime ministers, and for the protests which follow them everywhere! We will not leave these servants of the capital machine alone!

The next organization assembly will be on Saturday, January 20th, 2018, from 1PM to 5PM at the Comité Social Centre-Sud, 1710 Beaudry (Beaudry metro station). The assembly room is wheelchair accessible.

This January organization assembly takes place after the November assembly, where committees were formed:

The January assembly will be an occasion to see what each committee did so far and to plan the next steps of the resistance. Note that each committee is open to more members who would like to give a helping hand.

The January assembly will also be an occasion to share how the mobilization is going outside Montreal and to bring practical proposals.

Note however that the assembly is public. Be sure that what you propose can be debated in public instead of within an affinity group.

The complete agenda of the assembly will be sent in January.

Everywhere where the G7 meets, local population get mobilized, protest and resist! Like Italy and Germany last summer, let’s ensure that we take the relay and show our solidarity with all the peoples of the world. Share this call to everyone and every collective who resists to the capitalist hydra!