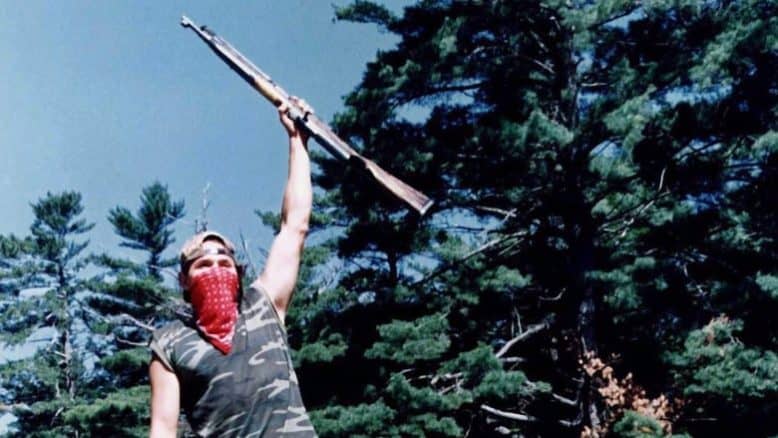 The first gun control law passed in Canada was given royal assent in 1886. It applied only to the Territories, inclusive of what is today Alberta, Saskatchewan, and Manitoba. The scope of this legislation would make even Trudeau blush.

Section 101 of the North-West Territories Act made it illegal for anyone to own, use, transport, buy, or sell any firearms or ammunition for any purpose without the express written permission of the government. The law remained in place until 1905 when Saskatchewan and Alberta became provinces. The reasoning behind this bill, passed into law by the conservative Macdonald government, was to stamp out all remaining dissent against the Canadian state, especially by the Native and Métis inhabitants of the Territories, who in those days comprised the majority. Even with the leaders of the North-West Rebellion all brutally executed or exiled, the heavily-militarized North-West Mounted Police roaming the countryside, and the majority of the First Nations population corralled onto tiny reserves, the federal government felt the need to fully disarm the wild West. From that year on, the history of gun control in Canada has been a long history of the state disarming the people at the first flash of discontent.

In the years that followed, new laws required that Canadian citizens have permits for pistols and that foreigners acquire a permit before handling any firearm. A firearm registry was established. Even still, the rules governing firearms ownership were much more lax than the totalitarian police-state that ruled in the West in the immediate aftermath of the hanging of Louis Riel. As the Trudeau and Turner governments faced pressure from Quebec separatists and the FLQ demonstrated the lengths that they were willing to go to to break free of Canada, new systems of control were implemented first in 1969 with the omnibus C-150 and again in 1977. These laws introduced the FAC system and classified firearms as non-restricted, restricted, and prohibited.

Today’s system of gun control saw its birth in 1991. A gun-control bill had been passed around for months following the massacre of 14 women in one of Canada’s worst hate crimes in December of 1989 at the École Polytechnique in Montreal. Despite a great deal of public support for the bill, it failed to gain much traction in either the Liberal or Conservative Party.

In the summer of 1990, however, Mohawk warriors in Kanehsatà:ke began defending their land against illegal attempts by the Quebec government to build a golf course over their cemetery. After a police officer was killed in the stand-off, a months-long crisis ensued that threw all major parties into an embarrassing display of colonial racism and civic cowardice. A rising star within Brian Mulroney’s Progressive Conservatives, Kim Campbell, brought forward a heavily modified version of the previously unpopular gun control bill, and Bill C-17 (1991) passed through the House of Commons with the approval of both the Conservatives and Liberals. The firearm used to massacre over a dozen women in Quebec two years prior (the Ruger Mini-14) remained non-restricted, while the firearms carried by the Mohawk Warriors – all semi-automatic civilian variants of the AK-47 – were reclassified as prohibited.

Just a few years later, not wanting to be out-done by the Conservatives, the Liberal Party passed even stronger restrictions on firearms. Bill C-68 (1995) was again passed on the rhetoric of École Polytechnique, but nothing in the bill’s language would have prevented any mass shootings. Rather, the language of the bill was targeted at enemies of the state, such as the Shuswap and Secwepemc warriors who had held their ground at Gustafsen Lake just a couple of months before the bill was brought before Parliament.

The Canadian government has long claimed that its efforts to disarm its citizens have been in those citizens’ best interest, even while the RCMP return to their militaristic roots and every day look more and more like an occupying army instead of the familiar Dudley Do-Rights we’ve come to fetishize. When next the government comes to take the shotgun hanging on the mantle or the hunting-rifle in the safe, remember the history of gun control in this country, and think twice about thanking the constable for his service as he robs you in the middle of the day.