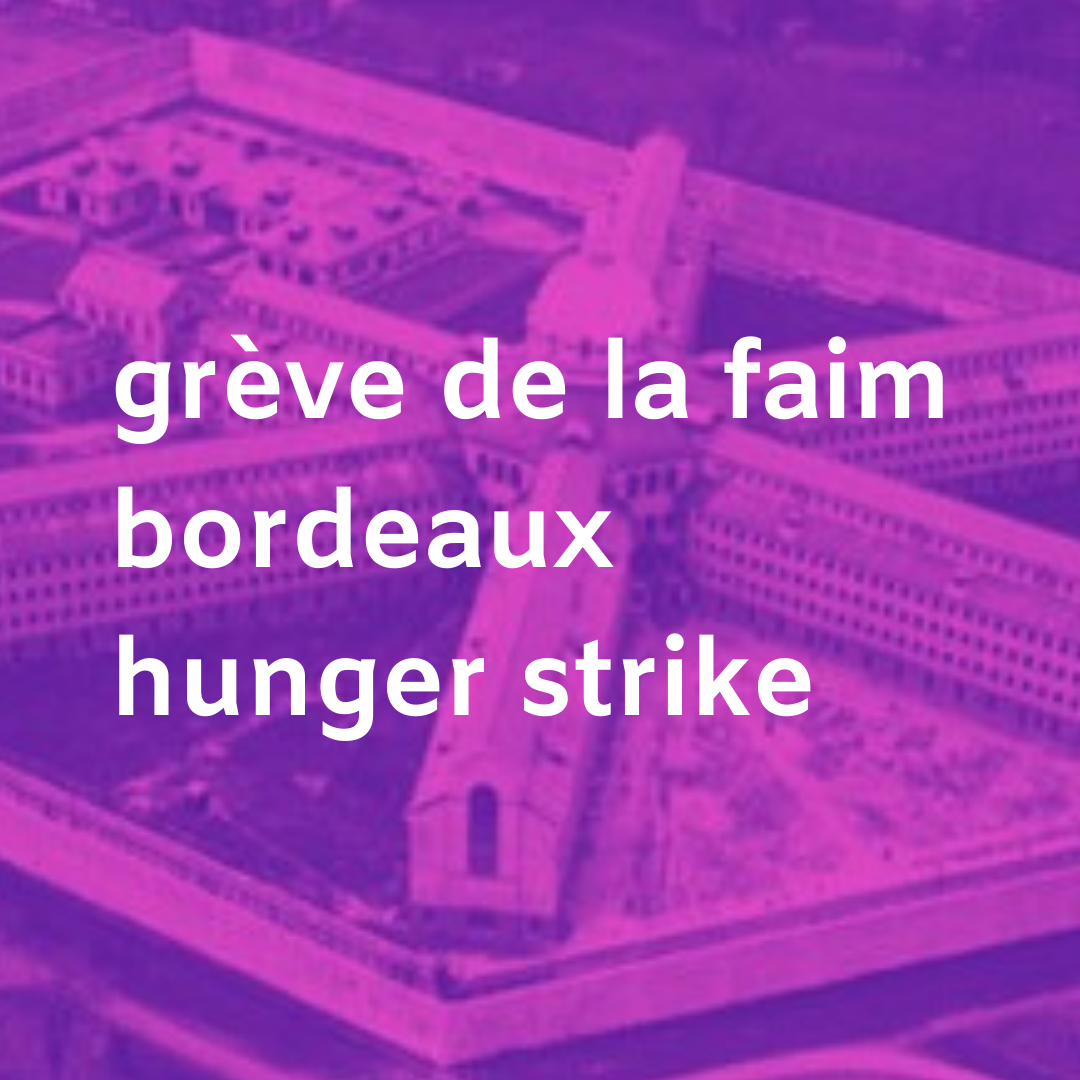 10 May, Montreal – At 2pm today, a caravan of over 30 vehicles visited the Federal Training Centre prison in Laval and the Bordeaux jail in Montreal, demanding the immediate release of all prisoners in the context of the COVID-19 pandemic. The vehicles, decorated with slogans such as, ‘Prison Should Not Be A Death Sentence,’ & ‘Free All Prisoners,’ honked their horns, made noise, and held banners in solidarity with those inside.

“We’re here today to show people inside these prisons that they’re not forgotten and that we’re out here working for their release,” said Ellie Santon, a participant in the demonstration. “What’s happening in these prisons is a crisis created by the government. If they wanted to, they could solve all this tomorrow. For some reason they seem intent on letting people die.”

“The government has spent months refusing to act and now the virus has exploded inside prisons and people are dying,” said Virginia Boucher of the Prison Support Committee. “There is no justifiable reason for this. People should be released from prison, now. People in halfway houses should be allowed to live at their own homes full time. Everyone released should have access to safe housing and healthcare.”

On May 5th, prisoners in Quebec’s Bordeaux jail also began a hunger strike that has since spread to multiple sectors of the institution. There are over 60 cases of COVID-19 associated with the Bordeaux jail, where 75 percent of prisoners are being held pre-trial, making it the 2nd largest outbreak in a provincial prison.

“I’m worried about my partner, who is in one of the infected sectors,” said Jean-Louis Nguyen, a participant in the demonstration. “He finally got tested on Friday, but we don’t know the results, and his parole hearing just got postponed by two weeks. Quebec needs to provide public information about what’s happening in its prisons and expedite bail and parole hearings to get as many people as possible out of prison and back with their communities.”

“Quebec’s jails now have the highest infection rate of any province, but they’ve refused to act,” said Ted Rutland of the Anti-Carceral Group. “Provinces like Ontario and Nova Scotia have released thousands of prisoners by speeding up bail hearings and releasing people close to the end of their sentence, but Quebec refuses to follow their example.”

Social distancing is impossible inside prisons and prisoners are at high risk of contracting COVID-19. Health care in prison is abysmal. Guards have employed pepper spray and force against prisoners across the country who have taken action to protest their situation. There are now over 500 confirmed cases of COVID-19 linked to prisons across Canada.