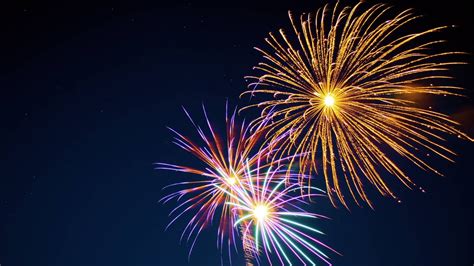 Around 7:00 p.m., a group of people gathered in the woods on the outskirts of the Quebec City Detention Center to display their support for those detained. The institution receives prisoners who are serving sentences of less than two years and defendants awaiting trial. The establishment can accommodate more than 710 male prisoners, it is the second largest provincial detention establishment in Quebec, after the Bordeaux Prison. The prison also has a female section which has 56 regular places. At the time of the night visit, about 15 prisoners were in the outer courtyard when fireworks and flares were lit, offering them a bright message of Happy New Year. Enthusiastic wishes and screams were exchanged on both sides before the security tried to control the situation. The action concluded without arrests.

Because we still live in a colonial and racist context where the First Peoples are incarcerated by the Canadian government in a disproportionate way compared to the rest of the population, we want to reaffirm our solidarity by denouncing the jurisdiction of “Canada” on these lands and his hand on life and determination of the people who live there.

We can no longer deny the impact of colonialism!

We salute the courage of Shanet Pilot, a native warrior, who is still incarcerated 3 hours a week in Quebec prison for defending her territory, the Nitassinan, and opposing hydro-Quebec hydroelectric development. Since 2012 that the Government made her pay her “debts” by imprisonment, when at this very moment, Hydro-Quebec only pays crumbs in return for the theft of her territory. SOLIDARITY WITH SHANET PILOT!

The practice of putting detainees in the “hole” in excessive ways is a recurrent practice, which happens here in the Quebec City detention center and which must be abolished, just like prisons. Rapper Souldia recounts his experience of the “hole” when he was 24: “I was taken to the hole for 21 days. It smells of leftover food from the day before, it smells of piss, it smells of shit. The walls are dirty. There’s dried blood, drool. In less than 10 days, you are delirious. ”

Quebec prison has also received the “E” rating from Quebec’s infrastructure society, which means it has the lowest rating and is in very poor condition.

A class action is brought against the government of Quebec to denounce the prejudices lived by the prisoners in this prison. The request, which is led by Samuel Cozak, a former detainee, reveals a measure called the “campsite” where detainees must sleep on the floor in the cell of another incarcerated person, at less than 20 centimeters from a toilet. Cozak also denounces detainees’ malnutrition, unhealthy kitchens and the interventions of officers who are tainted by intimidation, the use of fear and excessive isolation. Also deplored that only one doctor is present per week to respond to the health problems of some 800 prisoners including mental health services.

Another class action is underway in connection with the suicide of Gaétan Laurion who was incarcerated in the infirmary area of ​​the prison under increased surveillance after several attempts to kill himself. At the time of his death, the guard had worked 45 hours in the three preceding days and was sleeping at the surveillance post. The family claims compensation for negligence.

Prisons in Quebec are generally overcrowded, it is estimated that the occupancy rate at Quebec prison is 104%. This has had a major impact on the lives of those who have been criminalized, including the large transfers of detainees, the equivalent of a whole prison displaced every day in the province.

Finally, we would like to affirm our solidarity with trans people and the LGBTQIA2 community who experience all more discrimination in the gendered prison environment and who also face humiliation when the time comes to have to comply with strip searches. A network is in place and is developing more and more to support these people in prisons through written correspondence which serves to create links and even create certain security for these prisoners. We therefore invite you to contact the Prisoner Correspondance Project for more info.

AGAIN A HAPPY NEW YEAR AND SOLIDARITY!
THE FIST IN THE AIR BECAUSE WE ARE ALL BORN TO BE FREE!
NO PRISONS! NO STATES! NO QUEBEC! NO CANADA!