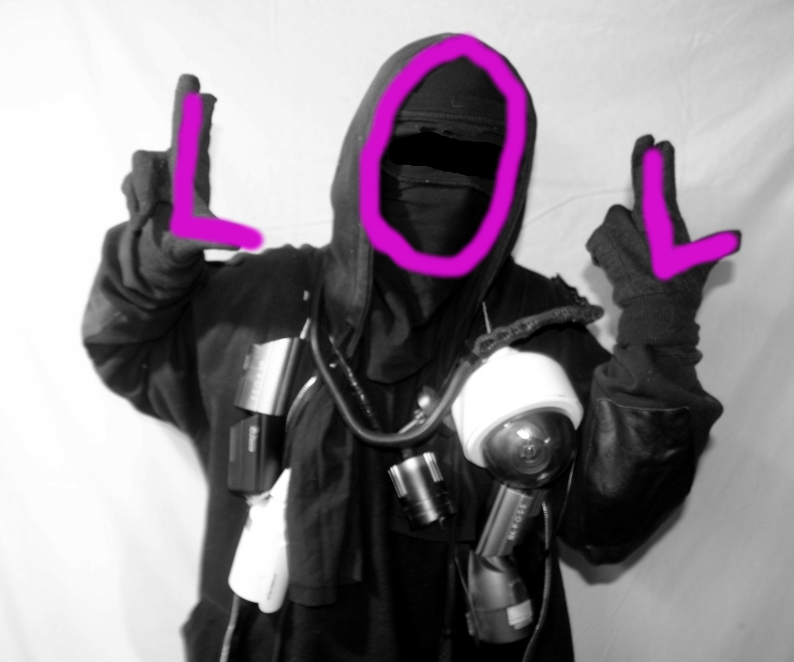 Over the last few months, friends have been playing Camover in the neighbourhood of Hochelaga. We’ve destroyed around twenty security cameras. For your pleasure (and certainly for our own as well!), here’s a photo in which we see a friend sporting a necklace of optical trophies.

In response to the recent smashings of gentrifiers in the neighbourhood, and in the context of twenty-two businesses being vandalized in the last year, the city and the police have publicly announced a renewed collaboration. They’re desperately trying to reassert control, faced with people who “aren’t afraid of the police”, and their initiative to install more cameras shows it. Of course, the police know that it’s impossible to be everywhere all of the time. There will always be loopholes that allow those who are creative and well-prepared to attack. That’s where cameras come in: to make us feel powerless and watched. But our masks will continue to give us power against any camera. No face, no case. And so, to keep up morale, we’ve decided to see this increase in the presence of cameras in the neighbourhood as an occasion for more CamOver and increased sabotage of the mechanisms of control that the authorities put in place.

We decided to play, and will continue this game of revolt, which is simultaneously thrilling and frightening, where we learn to overcome fears, deal with stress, and expand our capacities, because this is ultimately about more than the gentrification of a particular neighborhood. What’s happening in Hochelaga speaks to a history of struggle against domination as old as civilization itself: a multiplicity of wild and uncontrollable worlds that resist and evade the world of order and ‘progress’.

Who is this ‘we’? We’re some friends who decided to autonomously destroy some cameras. Despite what the politicians and mass media want people to think, by trying to uncover who’s behind this ‘vandal group’, there is no mafia-like network to take apart. Anarchists don’t act from a chain of command, we act from the feelings in our bones. No police operation against any fictitious ‘network’ can stop people from deciding to self-organize, don a mask, and attack. 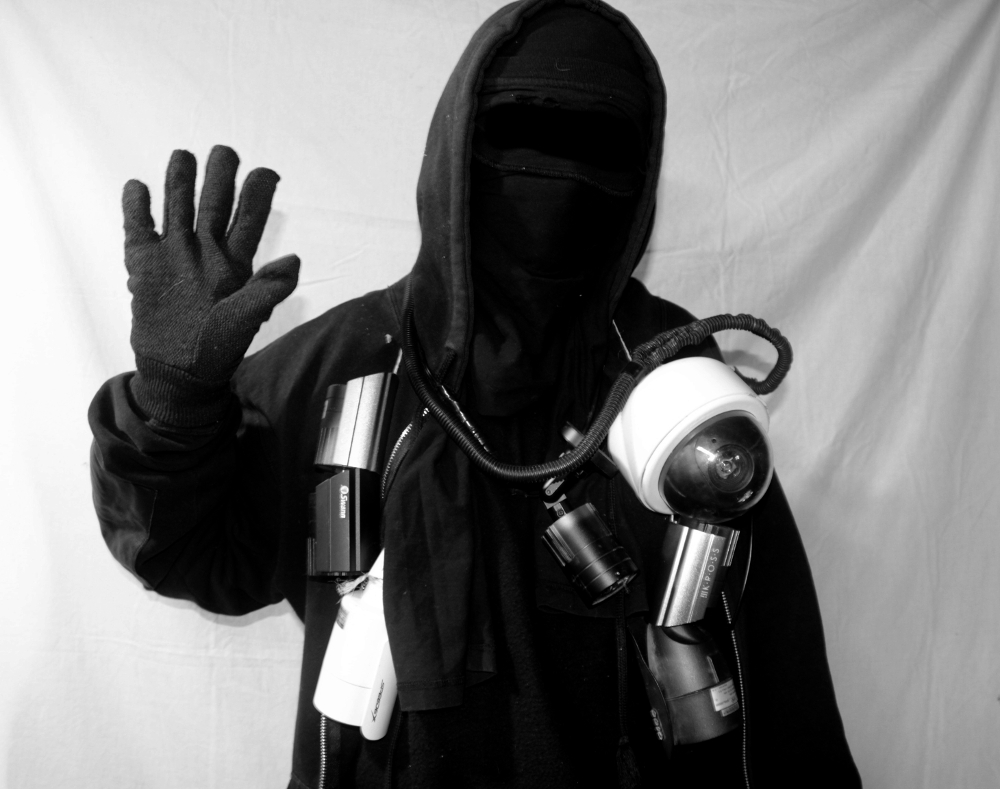 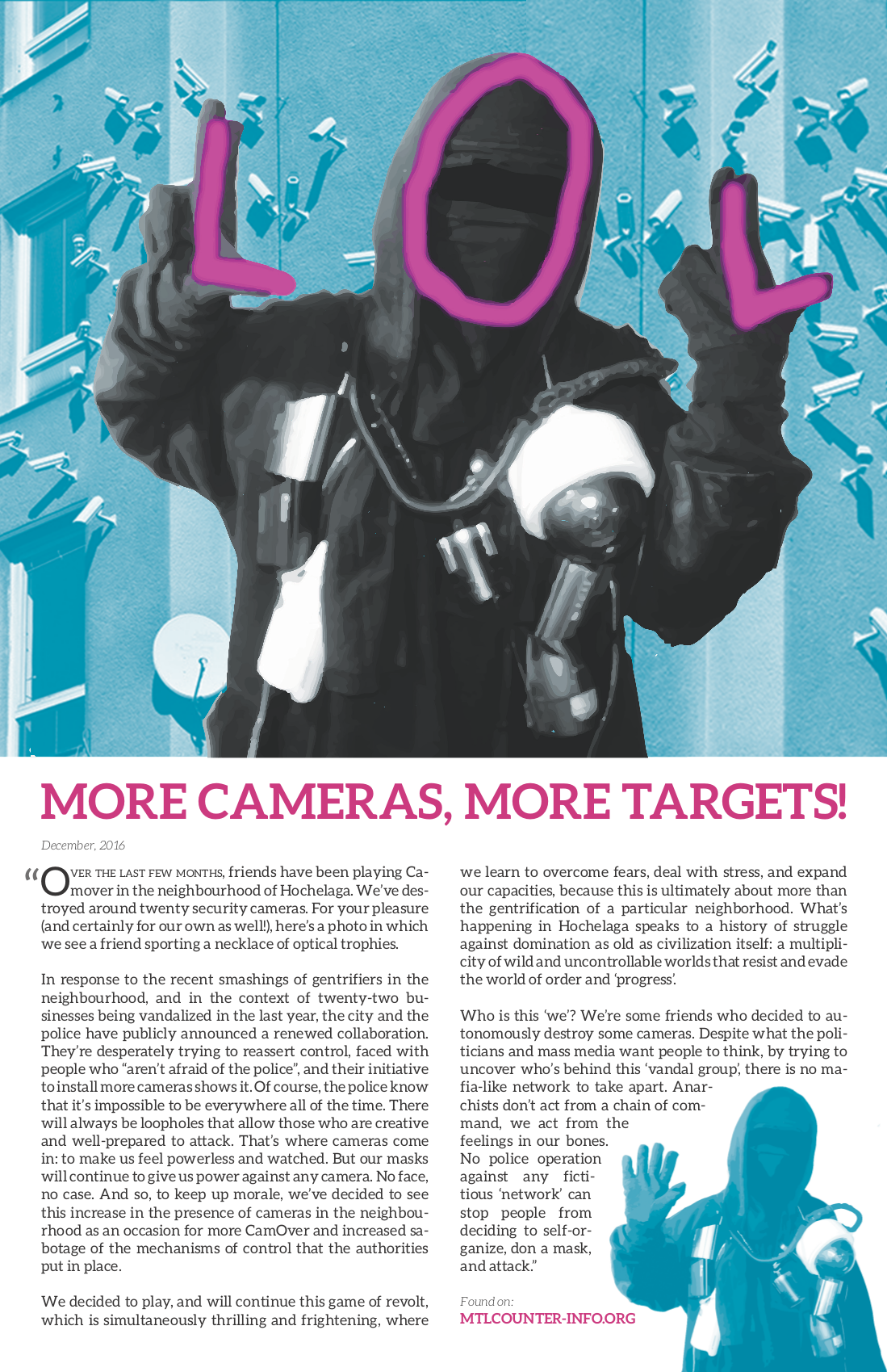