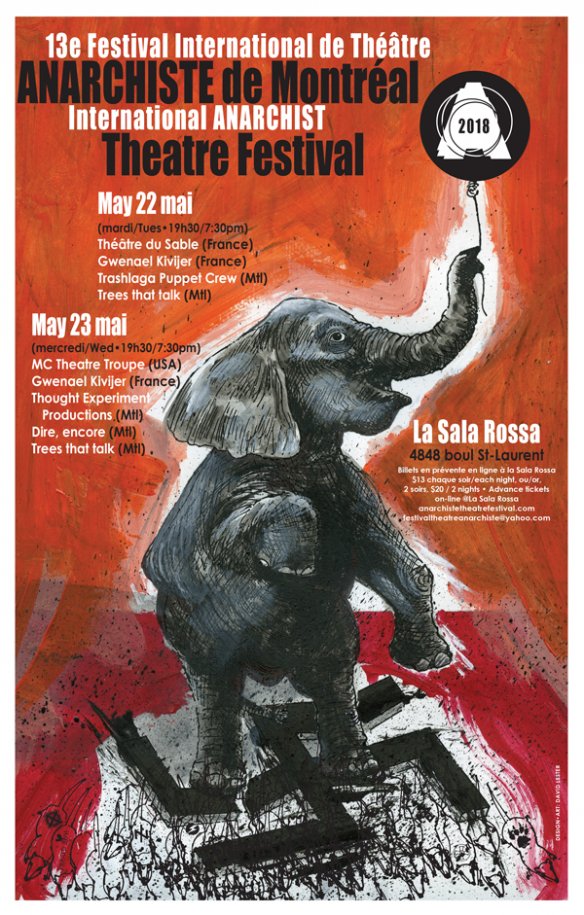 Tickets $13 each night, or $20 for a two-night special, available at the door or online. No reserved seats.

Program highlights include the classic, Waiting for Godot, reinterpreted by two afro-American women; the story of a sheepherder inspired by the letters from three French political prisoners; outraged puppets from Montreal’s Hochelaga ‘hood portraying the results of gentrification for populations living on the margins, and the inspiring stories of six anarchist women who resist Fascism from Italy to Syria, from the 1920s to today.