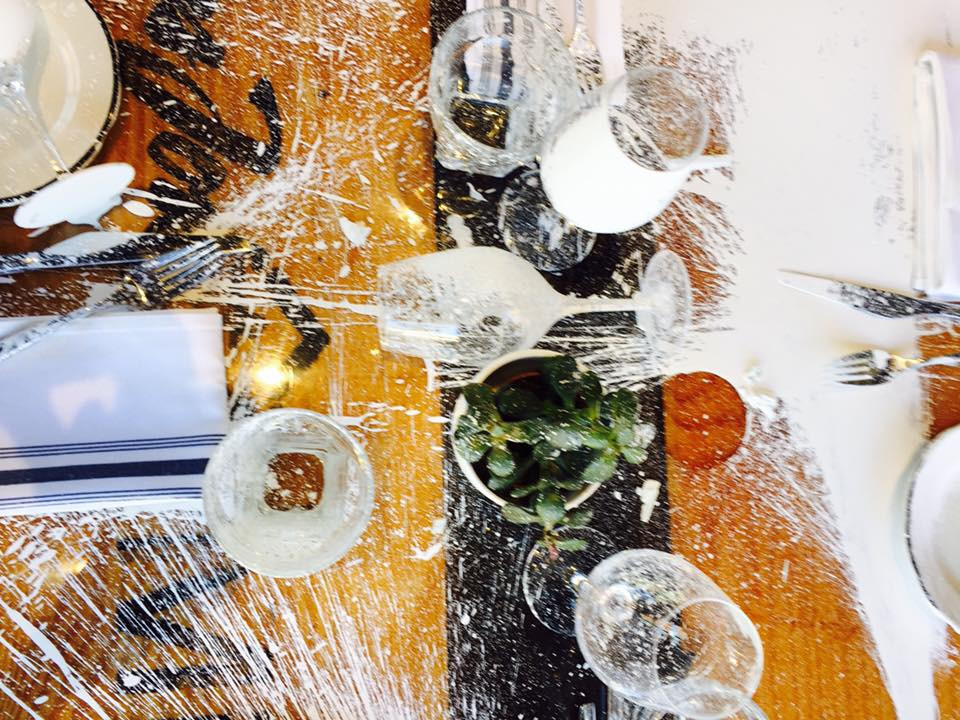 Just over a year ago, a masked crowd looted the yuppie grocery store attached to the “3734” restaurant on Notre-Dame street and redistributed the food to people in the neighborhood, one of dozens of actions against gentrification in recent years. The grocery store shut down several months ago, but we noticed that the 3734 restaurant was still serving business lunches and expensive dinners to local yuppies. So last Wednesday night we paid them a visit, breaking a window and covering the inside of the restaurant with paint, using a fire extinguisher.

“But what does vandalism against businesses accomplish?” When these businesses that enable gentrification have been targeted, the mass-media has emphasized that they are only a small part of a larger process of gentrification, so the vandals are missing the point. Those of us against gentrification can draw the opposite conclusion: this doesn’t mean that these targets aren’t worthwhile, but just that we need to accompany them with more diverse targets and widespread actions! We bet that repeated vandalism and spiking insurance rates can make a difference to whether small trendy businesses are able to stay afloat, and can also deter future investment that would further cement gentrification. Did you hear? St-Henri businesses keep closing following de-gentrifying attacks: Campanelli, Shapiro’s juice bar, and the 3734 boutique grocery make three in the past year and a half.

Gentrification is an operation of displacement, alongside more longstanding processes such as colonialism and mass incarceration, that those in power use against anyone who stands in the way of development, control, and ‘progress’. We wreck gentrifying businesses in our neighborhood(s) for the same reasons others might attack the police, sabotage industrial development, make borders unenforceable, and injure fascists.

We’re told that we just need to vote, write to elected officials, or peacefully protest if we want to change things, but anyone knows better than to trust this tired lie. We want to change infinitely more than what would be possible by performing the role of the good citizen or by getting good media coverage for a list of demands to those in power. The ‘legitimate’ channels that this society gives us for change may bring about reforms to the specific details of oppression, but they do nothing to undo the systems of oppression themselves, and often are designed to make us ever more dependent upon them. That is why we refuse to dialogue with a gentrifying business, and instead break their windows and destroy their commodities; actions that directly impact our environment, unmediated by politicians and their world. In a society that values property over life, we must destroy property in order to live.

Tired of useless meetings or sitting at home alone with your Facebook feed? Try a nighttime stroll with a friend, a mask, and a sledgehammer. Attacking is very possible, no matter who you are, and if you’re careful you can do quite a lot without being caught – check out this recipe for nocturnal actions for some tips. Let’s keep making St-Henri a hostile place for yuppie business, developers, the police, and the rich they serve! 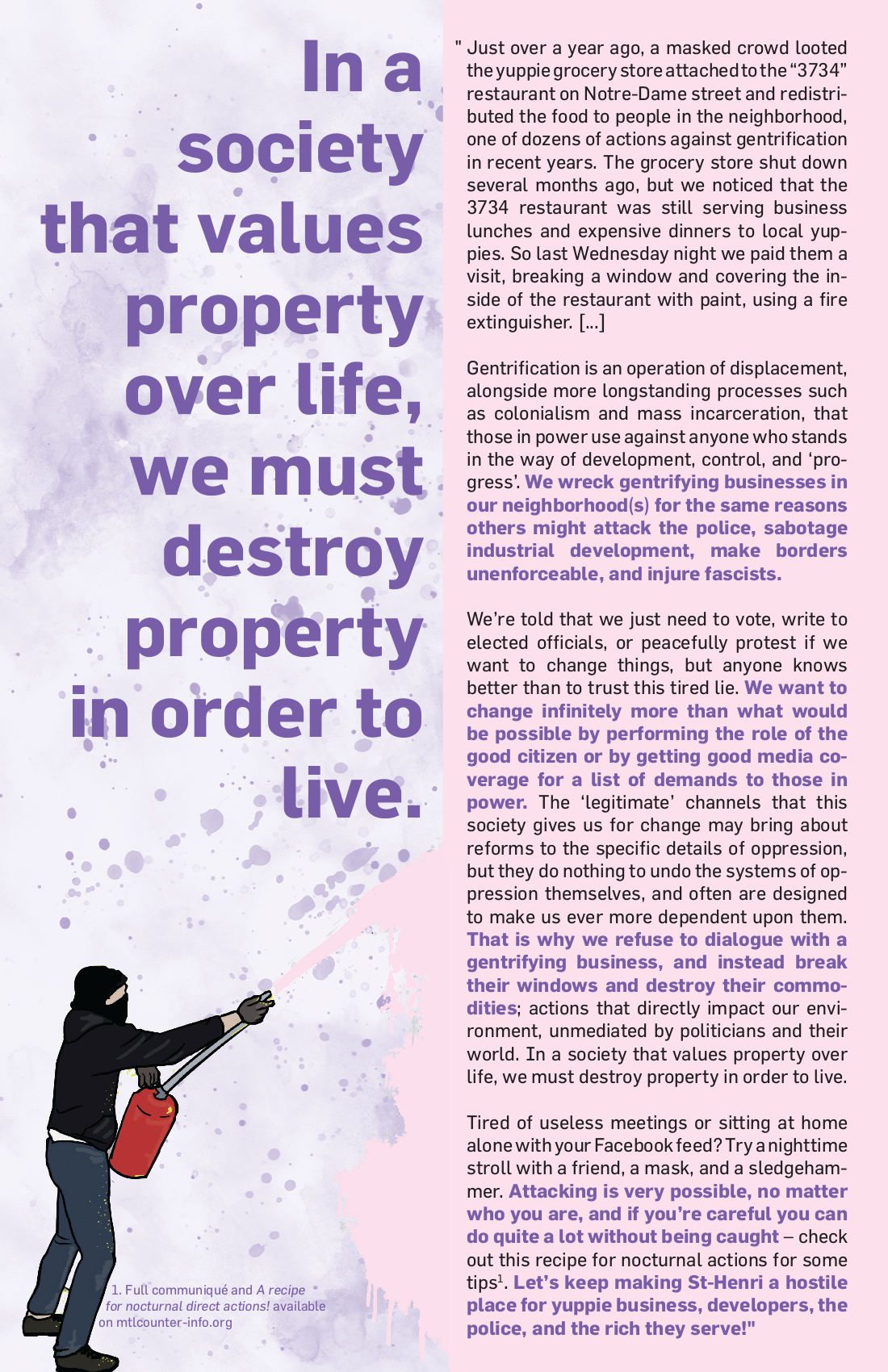