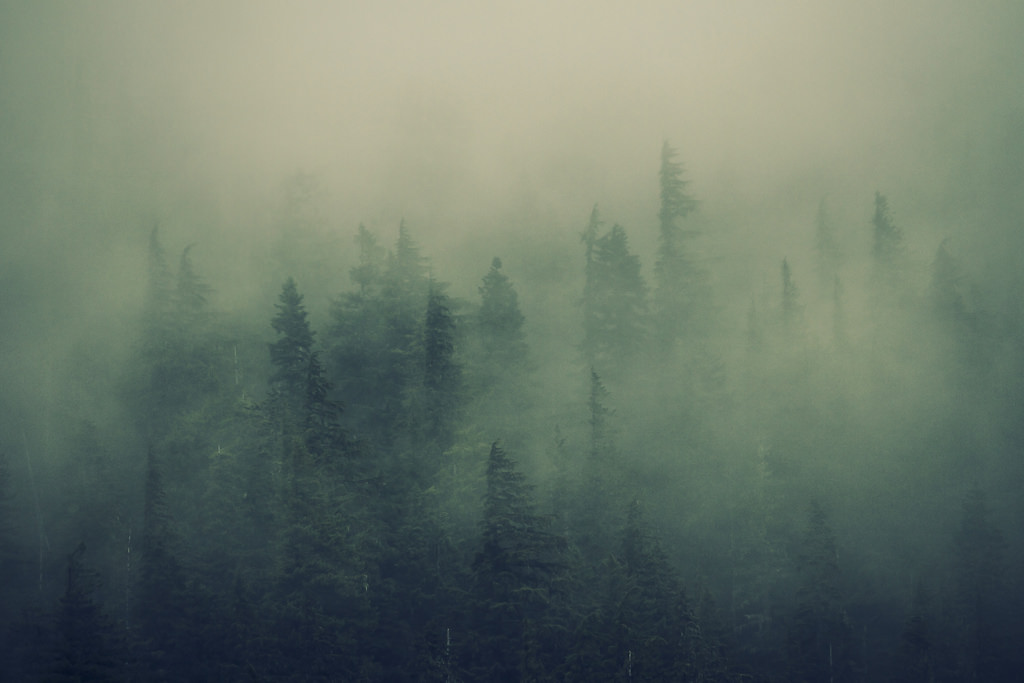 In ‘The religion of green anarchy’, the author continually refers to their ideas of what “green anarchism” is about without referring to where exactly these ideas are stated. There is not a single quote from a green anarchist journal or book in the essay, nor is there any reference to what texts the author has or has not read dealing with green anarchy. If the author’s idea of green anarchy is based on conversations with individuals at land defense camps, it would be good to say so – in this case the critique becomes more about “how some people interpret green anarchy” then about green anarchy in its totality. This essay takes a large and complex tangle of ideas that have been evolving since at least the 80’s[1.For example, the Earth First Journal characterizes EF as having had multiple stages, and characterizes their evolution as realizing the inter-relationship between social and ecological struggles. See 25th anniversary special issue.], and simplifies them into a caricature (‘the morality of pure wilderness’) that neglects most of the theory that makes green anarchist thought and its associated currents worth reading in the first place. I would also suspect that this may be why Green and Black review did not respond to the essay.

It is true that green anarchy idealizes a time when people lived in ‘an unmediated, direct, instinctual way’, and equates this with hunter-gatherer societies[1. See Green Anarchy – really, if you haven’t already checked out this site you probably should just to get the real deal directly from the horse’s mouth, so to speak…]. The introduction to Zerzan’s ‘Running on Emptiness’ memorably asks ‘has anything of value been invented since the Stone Age?’ as a rhetorical question. That said, the actual stance of self-declared green anarchists on returning to the Stone Age is probably more accurately summed up in this quote from ‘Back to Basics: What Is Green Anarchy’:

‘While some primitivists wish for an immediate and complete return to gatherer-hunter band societies, most primitivists understand that an acknowledgement of what has been successful in the past does not unconditionally determine what will work in the future. The term “Future Primitive,” coined by anarcho-primitivist author John Zerzan, hints that a synthesis of primitive techniques and ideas can be joined with contemporary anarchist concepts and motivations to create healthy, sustainable, and egalitarian decentralized situations. Applied non-ideologically, anarcho-primitivism can be an important tool in the de-civilizing project.’

Much of what is theorectically interesting in green anarchy has to do with its critiques of industrialism, its theorization of ‘how we experience Being and the involvement of culture in generating specific subjectivites’[3. See Jensen re: language, Zerzan re: mediation, signification.], its conceptualizations around ‘civilization’, its critiques of ideologies venerating ‘progress’, and its advocacy of ‘total and absolute liberation’. As well, much of the theory behind primitivism and green-anarchy comes from ‘real’ (ie professional-level university) research into stone age societies and human evolution, which will become apparent if one starts to read the literature. Jared Diamond (‘Guns, Germs, and Steel’) has written an essay about the emergence of agriculture entitled ‘The Worst Mistake in the History of the Human Race”. Even if one does not wish to return to the Stone Age, these are extremely important analysis and should be widely read, if only to help collective theory evolve and coalesce (the importance of shared discourses and reference points), and also as a counter-point to existing social mythologies regarding history and progress which are so pervasive that we may not even be aware that they shape our ideas.

For example, a critique of industrial production should be a sort of ‘anti-capitalism 101’ by now. It relies on taking resources from one place (and thus on imperialism, colonialism, domination etc), manufacturing them in ways that are usually energy-intensive and polluting and require all sorts of chemicals and produces all sorts of non-biodegradable waste, and also requires CO2 intensive long-distance transportation networks. Socially, it ties in with a progressive loss of knowledge of how to make things and live from the world around us.

Now, not everybody has to necessarily subscribe to the desire to completely abandon all factory production or all occupational specialization – there are all sorts of liberatory currents in sydicalist/communist thought theorizing how the means of production can be tools and not masters[4. See, among others ‘continuity and rupture’ by j. moufawad-paul, all of the literature on self-management – ok, it is true, I am committing the same error of being vauge on sources that I previously criticized another for, my apologies, but, that said, these currents definitely exist.] [5. I am also tempted to make a slightly teasing comment along the lines of ‘so if you’re against green anarchism and you’re also against communism, what kind of economic arrangement are you for, anyways?’]. That said, having the analysis of why mass systems dependent on external resources are extremely problematic is a foundation of trying to make something (‘somethings’, to be more accurate) that works.

It is also important to properly value ways of life that were capable of sustaining people from self-perpetuating ecosystems (‘wild’ – yes, it’s true, people are always intervening, the question maybe has more to do with their mindset and the subtleness of their interactions…). A society that is able to make everything it needs from plants, stones, and animals is a society that creates zero waste. This doesn’t necessarily mean that everybody should be forced to return to these lifestyles, but it does mean that these skillsets and knowledges should be actively promoted and encouraged. European peoples also lived this way, so no one has to appropriate from anyone aside from learning about the uses of plants and animals not found in Europe, and maybe a more general learning about worldviews, traditions and cosmologies when people indigenous to Turtle Island desire to share them. There is a lot to learn from a way of being in the world which represents 99.9% of our history. Do you really think people wouldn’t benefit from being able to perceive our reality more like pre-modern peoples did?

Which brings me to my last point: the statement “even if we returned to hunter-gatherer lifestyles, capitalism and domination could continue” – well, ok, I’m sorry but that is just not true. I realize that the current of anarchism represented in Counter-Montreal[6. Editor’s note: MTL Counter-info did not write ‘The religion of green anarchy’. The author of this response seems to have this impression.]  is not big on anti-capitalist economic theory/Marxism (“anti-capitalism” is conspicuously absent on the topic list) and that you apparently don’t like Communists, but, nonetheless, capitalism is in fact defined as an economic system based on the expanded accumulation of capital (I have capital, I build something/invest it, I make profit from what I own, my capital expands.) The emergence of capitalism as an economic system is directly linked with and dependent on technological developments enabling large-scale resource extraction, mass production, long distance transportation, and banking systems. Capitalism is an expansive system that is in constant technological evolution. It is based on being able to produce surplus, which in turn allows for the development of class society (people who don’t have to work or forage for themselves.[7. See the above-mentioned ‘Back to Basics’ for a detailed discussion on the emergence of surplus-production.]) Hunter-gatherer society is a steady-state system in which things mostly don’t change and material class stratification is minimal due to lack of surplus[7. See any first year university textbook. You could also read part three of ‘Socialism: utopian and scientific’ by Friedrich Engels; ‘Imperialism: the highest stage of capitalism’; ‘The Original Affluent Society’ by Marshall Sahlins, or ‘The Domination of Nature’ by William Leiss which provides a much more detailed discussion about the evolution of ideas related to technological development and subjugation than is given in this response.]. I don’t want to be rude and tell people they should maybe read a little more, but is this seriously where the level of ‘analysis of capitalism’ is at these days?

I wrote this response not to be snarky, (well, ok, maybe a little…) but mostly out of sincere concern for collective theory. I am extremely disturbed by a tendency I have observed in which a major component of intellectual activity seems to be identifying ‘wrong ideas and wrong groups of people’. If you have a bunch of nineteen year olds who are just being politicized and they get the idea that communism and green anarchism are things they don’t want to read or identify with and that the basis of being political is hating the right people, what kind of movement are you creating?

Amputating communism and green anarchy from ‘ideas people should be aware of’ is steering people away from the some of the theory that is the most dangerous and subversive to the established order. As well, those who own and manage the human-built world we live in laugh in delight when their assorted foes spend the majority of their energy tearing each other down instead of trying to wrap one’s head around each other’s analysis in a constructive and mutually respectful manner. (ie ‘well, I agree with this, I don’t personally agree with this/want this but if you want it for yourself that’s cool, I strongly disagree with this’ etc etc)

Obviously, critical analysis is extremely important to the evolution of theory, but isn’t it better to be like ‘these strains of thought are important, here are some critiques they have generated’? I mean, yes, there’s a lot one can say to nuance the analysis of green anarchist thought (“cough, much of it emerging from the communist tradition…”), but don’t you think it should at least be read by people who have grown up seeped in the narratives of the dominant culture? Do you really just want to have people engaging in property destruction and fighting cops without really developing their analysis of what has been and what could be beyond ‘State power is bad’?

Sincerely,
One who hopes to see revolution in her lifetime.