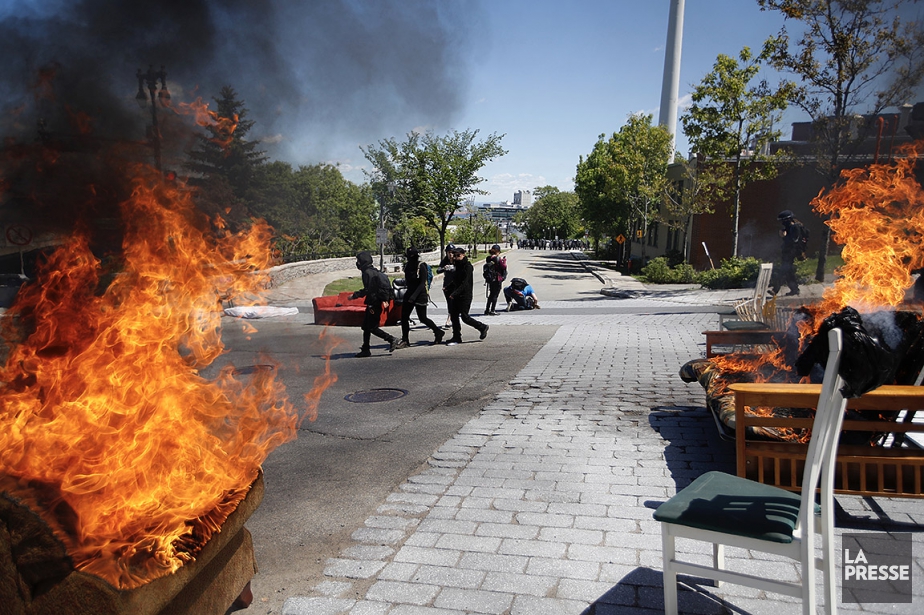 Faced with the hideous deployment of the security apparatus put in place during the G7, we decided to organize among friends and block the Dufferin-Montmorency expressway ourselves. We clearly saw that the gatherings and other actions called by the RRAG7, the CLAC and others had no chance of allowing us to experience something seriously enjoyable, and all that needs to be said is we didn’t want to stay discouraged while our neighborhoods were stormed by the cops.

Euphoric, we placed couches in the intersection and furnished the space with banners, laughter, and songs. Comrades put their bodies between the riot police and the space we named Popular Expression Zone for the occasion  to allow us to enjoy ourselves a bit longer. Then we set the living room on fire and left in a demo into the city.

The media, hypnotized by the couches in flames, chose not to relay the communiqué of the Public Space Brigade (BEP). So we decided to share it here:

Public Space Brigade: Don’t panic, everything is under control

Every year it’s the same theatre piece that is replayed: everyone is there, at their post. The dictatorship of orders reaches its peak, and the peoples try as well as they can to demonstrate an organized opposition to this spectacle.

While we’re battered with messages of fear with respect to possible rises in tension between police and protesters, the politicians discussing security and repression, colonization and oil extraction, war and hatred of migants, exploitation of works and deregulation, have it easy. The question of violence must be posed on a different level.

This popular expression zone is on the opposite end of this buffoonery, this desert you call the G7. It’s the reappropriation from the bottom, from the street, of our lives and our bodies, the relearning of territory and of the freedom to take action against the misery of this rotten system.

Here, we stop the old world. Here, we carve our own in the cracks of its declining power. Here is now – life. 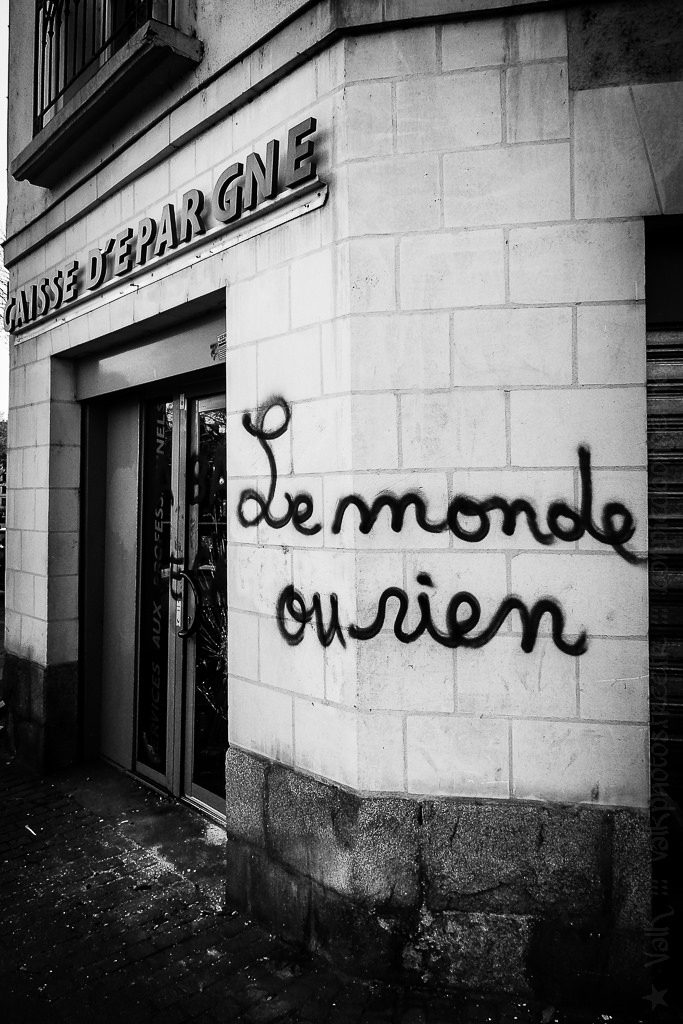