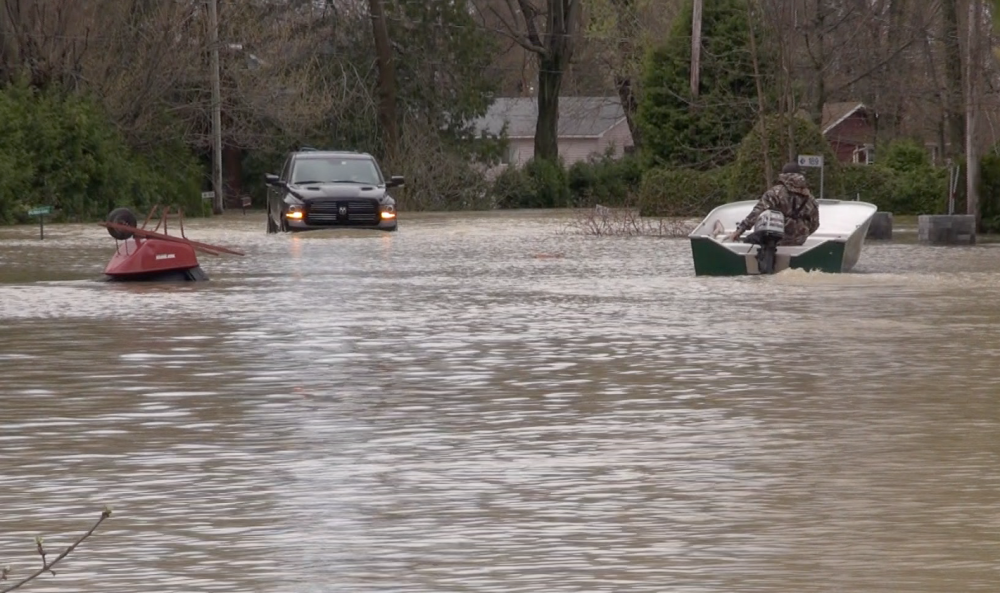 Earth Day, 2019: floods spread across southern Quebec, federal police protect fossil fuel companies against indigenous land defenders from coast to coast of so-called Canada, climate refugees are held at gunpoint by right-wing gangs in Arizona, 150 species go extinct on an average day, while people in different parts of the world brace for record-setting forest fires, hurricanes, and typhoons. And a handful of environmental nonprofits and their paid activists bankrolled by elite philanthropists beholden to big corporations expect us to believe that we’ll convince governments to enact the change needed to save the planet if only we march in orderly circles enough times with enough people, handing ourselves over to the police if we temporarily disturb anyone’s daily routine.

We take the climate strikers’ proposition seriously: by refusing to go to class, without asking for permission, if only for one afternoon per week for now, they show the necessity of acting directly to interrupt the normal reproduction of this society that is killing the earth. We, too, think we need to leave the path of legality, as well as the path of civil disobedience, the one that leads from sit-ins for the cameras to nights in jail and interminable court dates, which make it quite a bit harder to stay in the struggle.

So instead of participating in Earth Day festivities, on the night of April 22, we slashed tires of 40 cars in different Montreal neighborhoods. We don’t claim to have done anything significant in itself towards defending a livable future. Nor do we wish to put personal consumer choices such as car ownership at the center of a strategy for fighting ecological devastation. We chose this small gesture to offer a glimmer of the quality of disruption that this economy and society require if future generations and our own are going to have a chance at a dignified life on this planet.

We chose neighborhoods occupied by the rich, mostly luxury cars in the driveways of million-dollar homes. We targeted those who profit off the unfathomable level of destruction incurred on the earth by capital and colonization, and who will be the most sheltered from the impacts of the climate catastrophe that is just beginning, if they have their way. The wealthy can afford to move when their houses are flooded year after year. The rich will have the largest economic buffers as the state tries to individualize responsibility for the climate crisis, and carbon taxes and other last-ditch efforts at maintaining this society place the burden on the poor.

Earth Day, 2020: climate riots in every major city. Practically no one can get to work in the morning, if their factory or tech startup hasn’t yet been decommissioned and looted by former pacifists. Indigenous land defenders and allies have fought off incursions by oil companies and are enlarging pockets of autonomy from the Canadian state. Networks of solidarity and attack considerably impede border enforcement. Carbon emissions have begun falling drastically due to the sheer drop in worldwide industrial activity brought about by the revolt. The effects of a changed climate will be felt for centuries still; people die in floods and hurricanes, in conflicts with reactionary forces and the state, and some of old age, with the knowledge that they fought, and that others will keep fighting.

We can dream (and slash tires).