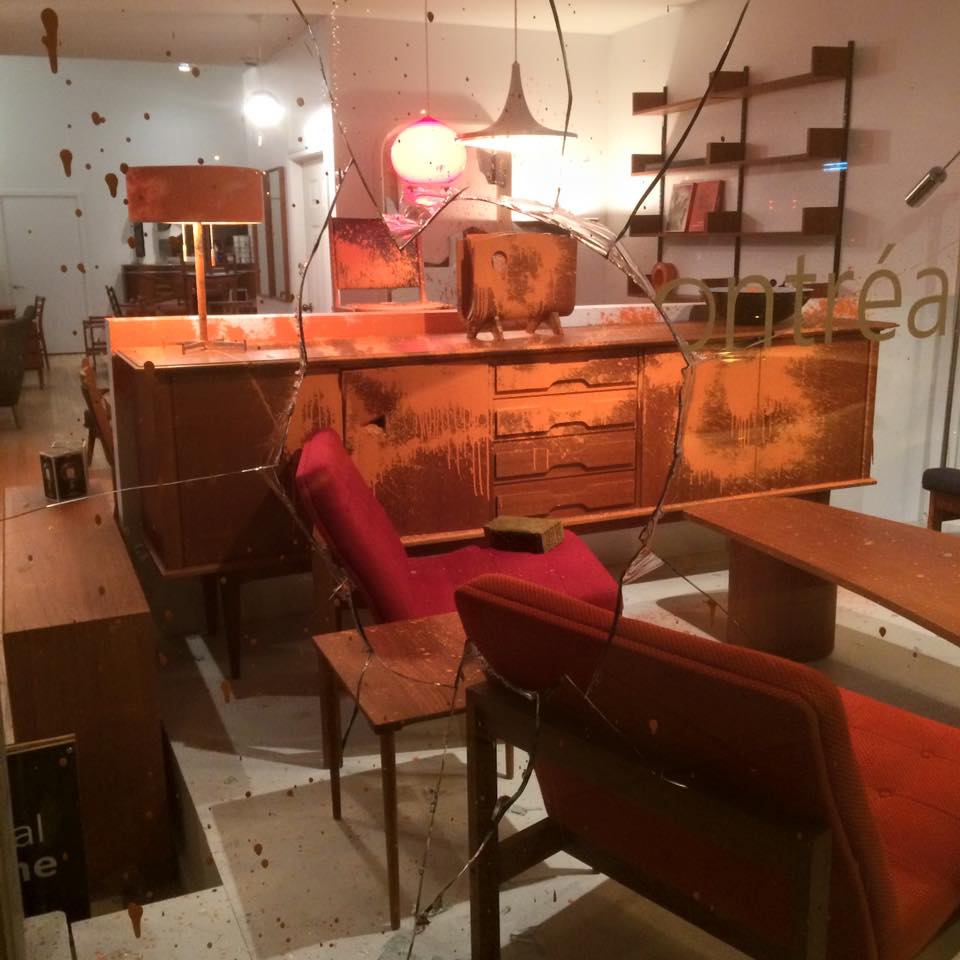 About a year ago, the good citizens of the neighborhood were indignant about an attack against Electric Kids, whose front window was sprayed with purple paint which we can still see traces of today.

Tonight, we decided to attack other businesses on rue Sainte-Catherine – three furniture design boutiques, a real estate office, and a yuppie hair salon. If this is the strategy we use, it’s not just to make those who support and participate in the gentrification of Hochelaga talk about it. We want to do more than just raise our voices, to be more than indignant when faced with this movement that slowly chases us from the neighborhood. Rather than being satisfied with just smashing their windows, we decided to spray the interior of the design businesses with paint to ruin their merchandise. It’s a matter of directly effecting these owners, and not just the facades that protect them.

These shattered windows and commodities destroyed by paint are an act of war. We will not let these boutiques set up in peace – this peaceful facade which is nothing other than the invisiblization of the ongoing war against poor and marginalized people. We won’t let them make our rents go up, and participate in the social cleansing that necessarily goes hand in hand with their yuppie clientele.

We won’t let the city act with impunity, who participates in making this neighborhood hostile towards those who don’t conform. The same goes for chic condo design entrepreneurs who reinforce isolation and relational poverty.

These boutiques are the nice face of a violent process that we want to sabotage, along with luxury cars, condos under construction, police cars patrolling the neighborhood, and all other efforts put in place to make our neighborhood sterile and controlled in the interests of property owners and the rich. 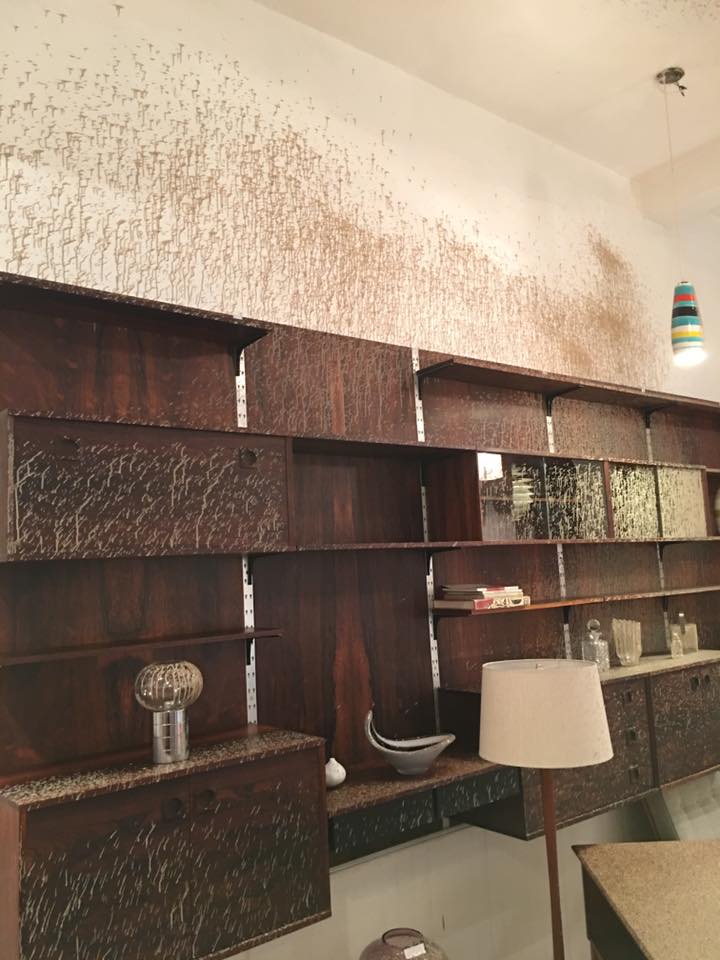 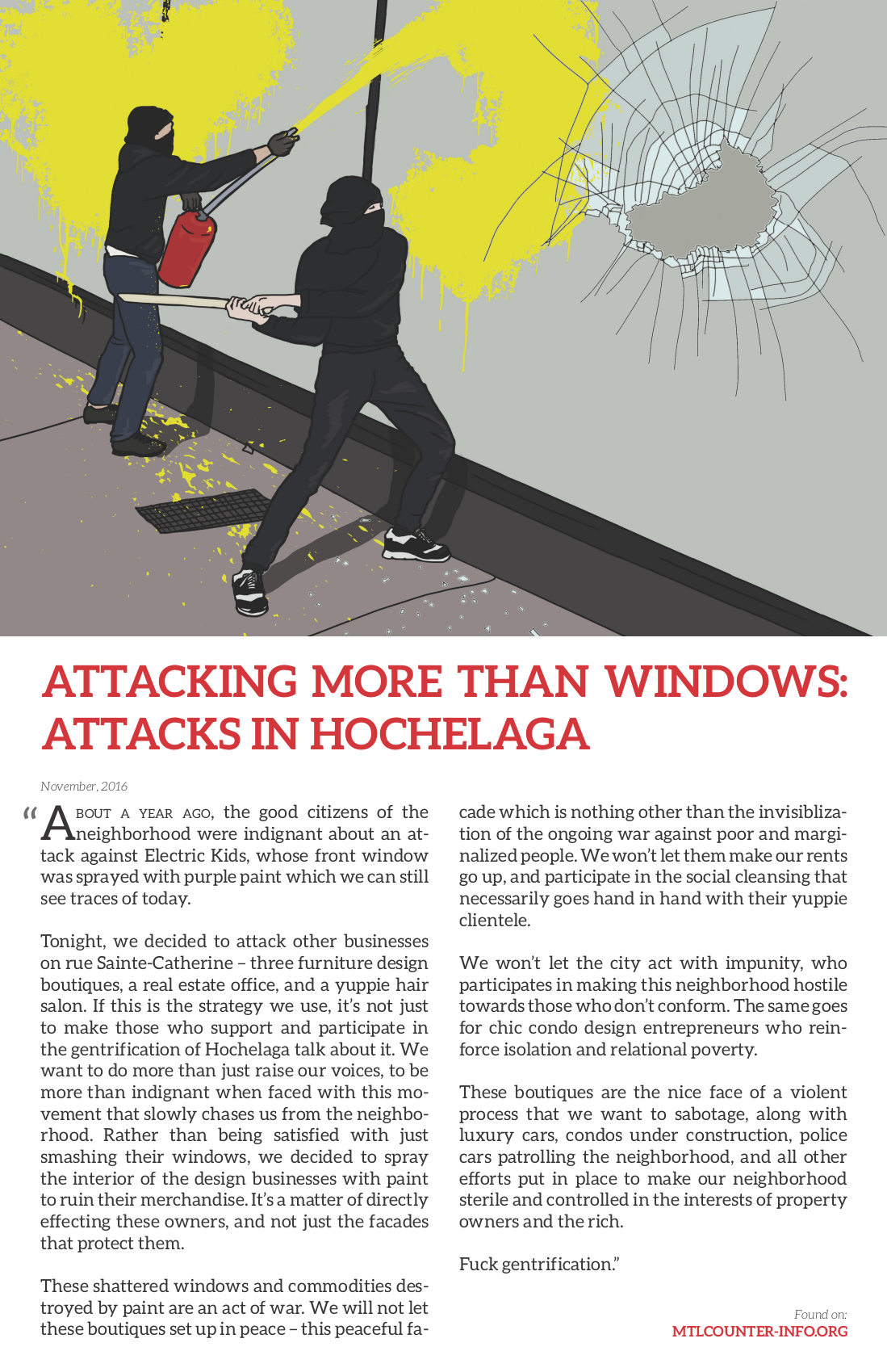