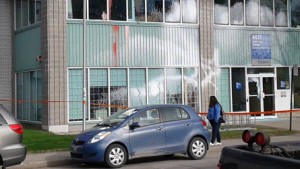 The local employment centre of Hochelaga-Maisonneuve was vandalized, over the night of Thursday to Friday, in Montreal, when white and red paint was thrown on the buildings façade and the windows were broken.

A passerby called 911 around 5:40 am to communicate the dammages to the building on rue De Rouen. Upon arriving at the location, police also noticed the interior had been ransacked, affirms the spokesperson of the SPVM, Jean-Pierre Brabant.

The service of judicial identity of the SPVM were dispatched to try to obtain evidence. It seems that no camera surveils the location. 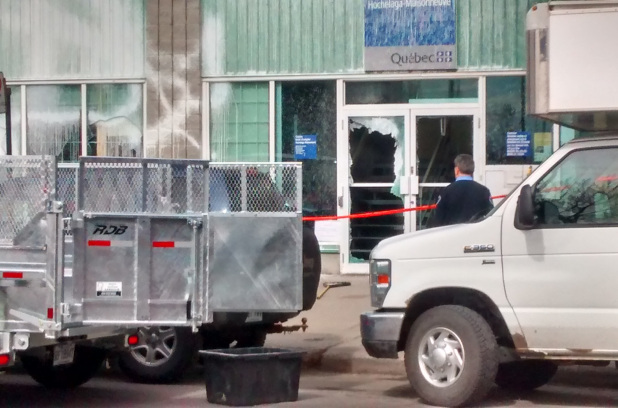